Baptiste Serin led by his actions, then delivered a rallying call to a French giant that is by no means out of relegation trouble yet.

The France scrumhalf was dealing with the disappointment of not making his country's squad for the Six Nations but, last weekend, he parked that and focused on the task at hand.

END_OF_DOCUMENT_TOKEN_TO_BE_REPLACED

Toulon headed into their home tie against Bordeaux-Beglès bottom of the Top 14 standings but with games in hand. Positive Covid cases and postponements saw them as many as three games back from other clubs around them. Bottom, but with hope they could cobble together points and play catch-up. They were, in effect, the Burnley of the Top 14.

The three-time European champions were shorn of many Test stars, but so were Bordeaux. Still, the league leaders' starting XV boasted Jefferson Poirot, Remi Lamerat, Kane Douglas and Louis Picamoles.

Before anyone starts feeling too sorry for Toulon, though, they had Cheslin Kolbe, Eben Etzebeth and Sergio Parisse in their starting line-up. They also had Baptiste Serin. 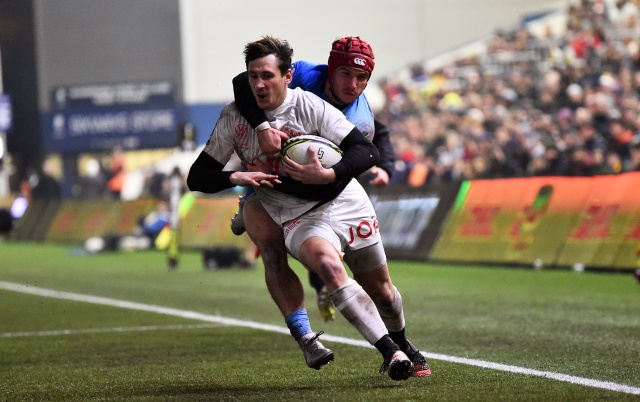 END_OF_DOCUMENT_TOKEN_TO_BE_REPLACED

All is not rosy at Toulon. With Jonny Wilkinson as their talisman, Toulon had a great run of trophy success from 2011 to 2015, but recent years have seen them out-gunned. The closest they got was losing the Top 14 final in 2017, while they have not made much of a European splash.

Earlier this season, head coach Patrice Collazo was sacked and former Munster forward James Coughlan placed in temporary charge. Franck Azema is now top dog, but his side have lacked bite. They have not been helped by only getting fleeting glimpses of Springbok stars Etzebeth and Kolbe.

END_OF_DOCUMENT_TOKEN_TO_BE_REPLACED

On Saturday, Toulon hit the front with an early try but only led 14-13 with 15 minutes to go after a converted Clément Maynadier try. The final stages were a fraught affair, but Baptiste Serin stepped up with a crucial try with eight minutes to go.

Geoffrey Cros got a late try to secure a bonus point, at least, for Bordeaux but there was still time for a late dust-up and red cards for both sides - Cros and Rayan Rebbadj from Toulon. As everyone got their collective breath back, after the final whistle blew, Serin gathered the troops and Canal + was able to capture his words in the team huddle.

That result was enough to see Toulon climb to 13th in the standings, while Bordeaux remain top.

It was not all sweetness and light for the four-time Bouclier de Brennus holders, though. After the game, it was confirmed that Etzebeth would be ending his term with the club earlier than expected due to 'personal reasons'. He will leave Toulon at the end of the season and is expected to return to South Africa.

Louis Carbonel and Anthony Belleau are also set to leave, while Ihaia West of La Rochelle is, at least, one confirmed arrival for next season.