Australia and New Zealand have enjoyed a healthy rivalry/obsession for the past two hundred odd years.

The Aussies are keen on the fact that New Zealand [not the All Blacks, never the All Blacks] are generally regarded as the world's greatest team despite both nations having two Webb Ellis trophies apiece.

Ahead of Saturday's World Cup final, the Queensland Police Service felt the need to set the record straight on a few matters.

Also, if you know anything about that grevious bodily harm incident [also mentioned below] give the gang a tinkle. 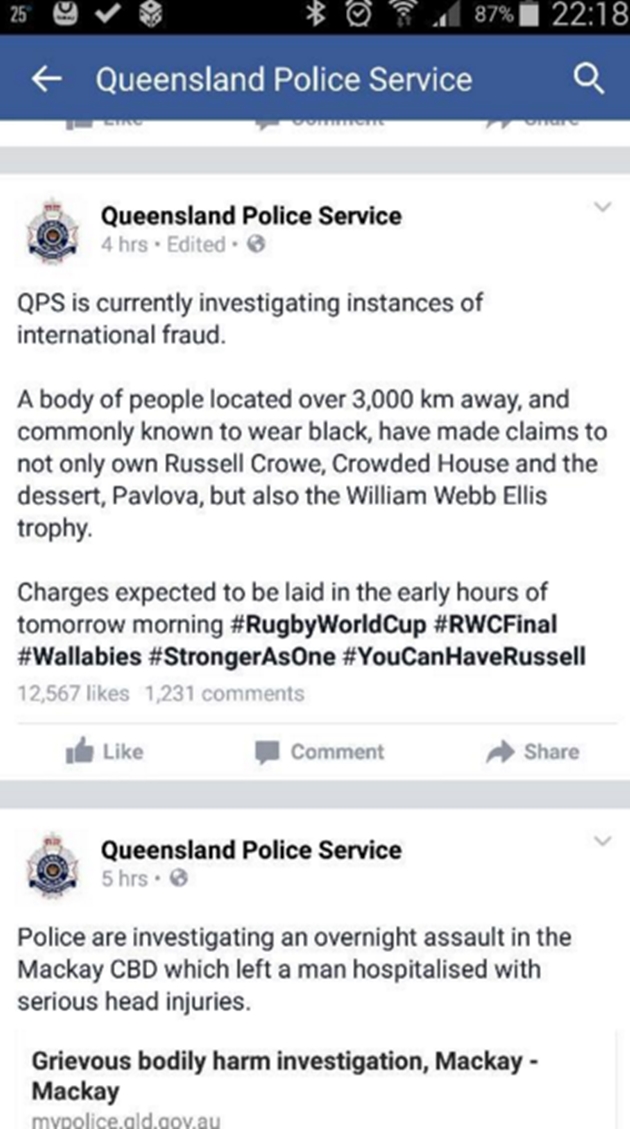