The Academy lads get another chance to shine.

Munster coach Anthony Foley has tough back-to-back dates with Leicester Tigers on the horizon and is planning accordingly.

Foley has made 10 changes from the Munster side, to face Newport Gwent Dragons, that were shocked by Connacht in the PRO12 last Saturday.

END_OF_DOCUMENT_TOKEN_TO_BE_REPLACED

Among the alterations are the inclusion of two academy players - Rory Scannell and David Johnston, who start at outhalf and outside centre respectively. Francis Salli is out with injury while Ian Keatley is another squad absentee.

Scannell and Johnston are the two players to benefit most from Ireland's World Cup adventures. Between them, the 21-year-olds have collected 10 senior caps since the start of the season.

Scannell has predominantly featured in Munster's midfield but he gets his chance, against Dragons, in the 10 jersey. Johnston, from Clonmel, was a member of the Rockwell College team that won the 2012 Munster Schools Cup. His brother, Bill, is also in the Munster set-up. 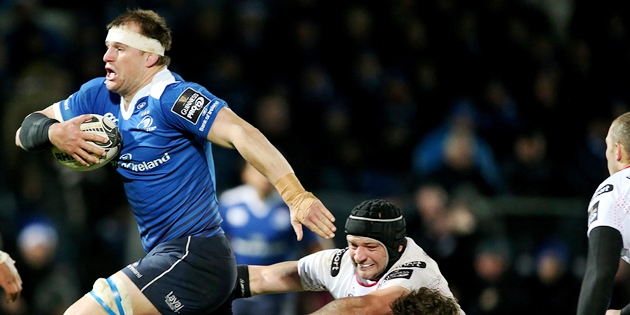 END_OF_DOCUMENT_TOKEN_TO_BE_REPLACED

Leinster coach Leo Cullen has made eight changes from the side that slogged to an 8-3 win over Ulster at the RDS last Friday.

Many of the switches come in the back, with Cian Healy, Jordi Murphy and Tom Denton among those returning to the starting line-up.

Ian Madigan is named 10, with Johnny Sexton rested. Rhys Ruddock captains the side for a challenging away date with Glasgow Warriors.


popular
The FootballJOE Pub Quiz: Week 11
Manchester United players 'lose faith' in Solskjaer after Liverpool pasting
Man United's tactical issues summed up in six shocking screenshots
O'Hora and Keegan hammer into each other, both of them only revelling in it
Jesse Lingard seeks to clear up what United fan shouted when he was warming up
Liverpool's half-time words in Old Trafford dressing room will please fans greatly
McBrearty has dramatic equaliser ruled out as Naomh Conaill win Donegal grudge game
You may also like
1 week ago
"The guy just can't catch a break" - RG Snyman back on gruelling comeback trail
2 weeks ago
Munster confirm RG Snyman has re-ruptured his cruciate ligament
2 weeks ago
Worrying scenes for Munster as RG Snyman lasts only nine minutes against Scarlets
2 weeks ago
Gavin Coombes and the fascinating tug-of-war for Ireland's No.8 jersey
3 weeks ago
Peter O'Mahony's try-saving actions cannot be understated or undersold
3 weeks ago
Peter O'Mahony rages over "full-on bite" as Munster secure comeback win
Next Page