34 players are currently in the Ireland squad and all are set to get some game-time in the Autumn Nations Cup.

It would be far too easy to look at Ireland's failings in France and the matchday 23 Andy Farrell has named to face Wales, this coming Friday, and do some simple math.

Rob Herring, Tadhg Beirne, Will Connors, CJ Stander, Conor Murray, Bundee Aki and Andrew Conway are all out of the starting XV, but let there be no talk of players being dropped or axed. Farrell insists he was always going to use this newly minted tournament to look at fresh faces and combinations. He says:

"I'm always curious about other guys, who have been waiting for a chance. We'll see if they can grab it with both hands and you have got to give people the opportunity to do that. We've got a squad that we have picked for this Autumn Nations window and we want to put faith in the squad.

"There are some lads who have been in the squad for quite some time and who have been patient and we trust them to perform at this level. Having said that, there are still lads in the squad who don't get an opportunity this weekend and they are in our thoughts as well."

Farrell is excited about what this new-look Ireland team can do and has backed Caelan Doris to make a seamless shift from blindside to No.8. He also dismissed concerns that Ronan Kelleher would be too rusty after a prolonged spell on the sidelines and no Guinness PRO14 games to ease back into it.

While five of the players (mentioned above) that started in France have been given the night off, on Friday, Conor Murray and Will Connors are on the replacements bench. One player that many suspected could be in danger of being dropped (for real) is Jacob Stockdale, but he retains his place at fullback.

"Every individual is different and you treat them accordingly," says Farrell. "It's only a couple of games ago since everyone was saying that Jacob is the answer and there is a few things that he needs to put right from his last game but he is an important player for us and he gets the opportunity again." 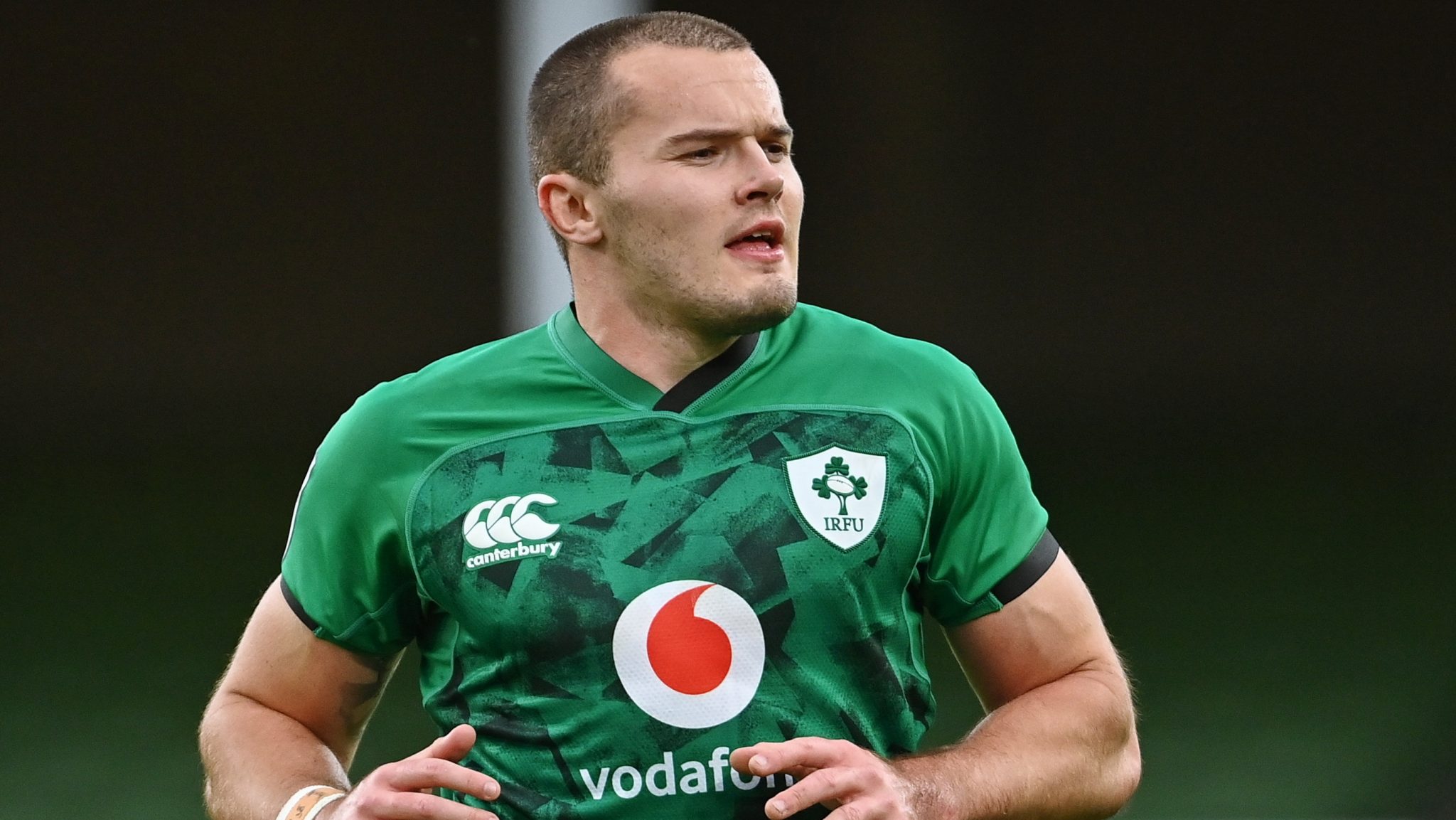 With Munster's Shane Daly the only player not being considered, due to injury, Farrell had 33 players to pick from and has brought in some fresh blood, to start and come off the replacements' bench.

"Billy (Burns) gets his chance," says Farrell. "Ross (Byrne) has played a few games for us and done well int he past. Billy is somebody that we looked at before lockdown and he was great in training then and he has come back fit again. We assessed him at the beginning of the week and we have given him an opportunity to show what he has got on the international stage."

“Jamison (Gibson-Park) gets an opportunity to see how he can handle a full game," Farrell adds. "He has been coming off the bench and doing pretty well.

"In training he has been with us for three weeks now and we have been very impressed with what we have seen so far. Managing a game throughout and not in training is something we are curious about. We are excited to see how we play. Again, he is a little bit different to some of the other scrum-halves so that's a good one."

END_OF_DOCUMENT_TOKEN_TO_BE_REPLACED

So, no-one is dropped but faith has definitely been shown in a few lads that started in Paris. The players all talk about merely borrowing the jersey and hoping to do it justice.

The ones that get their chance will be doing all the can to ensure they are playing against England, and not 'rested', the following weekend.

popular
Southgate explains why he didn't move drinks bottles like Ronaldo and Pogba
Rio Ferdinand responds to fans calling him out on terrible Scotland prediction
Cristiano Ronaldo is not human. Not human at all
"Not good enough" - Roy Keane rips England a new one as Scotland keep hopes alive
"The modern midfielder seems to get away with it" - Graeme Souness reveals why England are lacking creativity
Ally McCoist was lighting it up on commentary with some killer lines
QUIZ: Name these 50 Euro Championship goalscorers
You may also like
4 days ago
Can't imagine Rangers fans were happy about what Ronnie Whelan called Scotland
4 days ago
Damien Duff bides his time before roasting the FAI with 'motivational video' comment
5 days ago
Ireland XV Andy Farrell should pick for Test clash with Japan
5 days ago
Andy Farrell makes bold outhalf calls after Johnny Sexton excused from duty
5 days ago
11 uncapped players named in Ireland squad for summer Tests
1 week ago
Ireland's 2009 Grand Slam stars recall closest call in our rugby history
Next Page