Andy Farrell and his Ireland team will head out to Paris, on Thursday, ahead of their Guinness Six Nations finalé against France. Assistant coach for a decade in the game, after he retired in 2009, Farrell is within touching distance of a first trophy as a head coach in his first championship at the helm.

Ireland may yet have to beat France with a try-scoring bonus point thrown into the mix, but they go to Paris knowing they are in control of their destiny.

"It would be unbelievable to even think about it," Farrell responded when asked about possibly waking up Sunday morning as a Six Nations champion.

"I'm not even allowing myself to go there. Just to be involved with this special group of guys... if you win trophies you win trophies together and it's certainly nothing to do with me. It would be a collective effort." 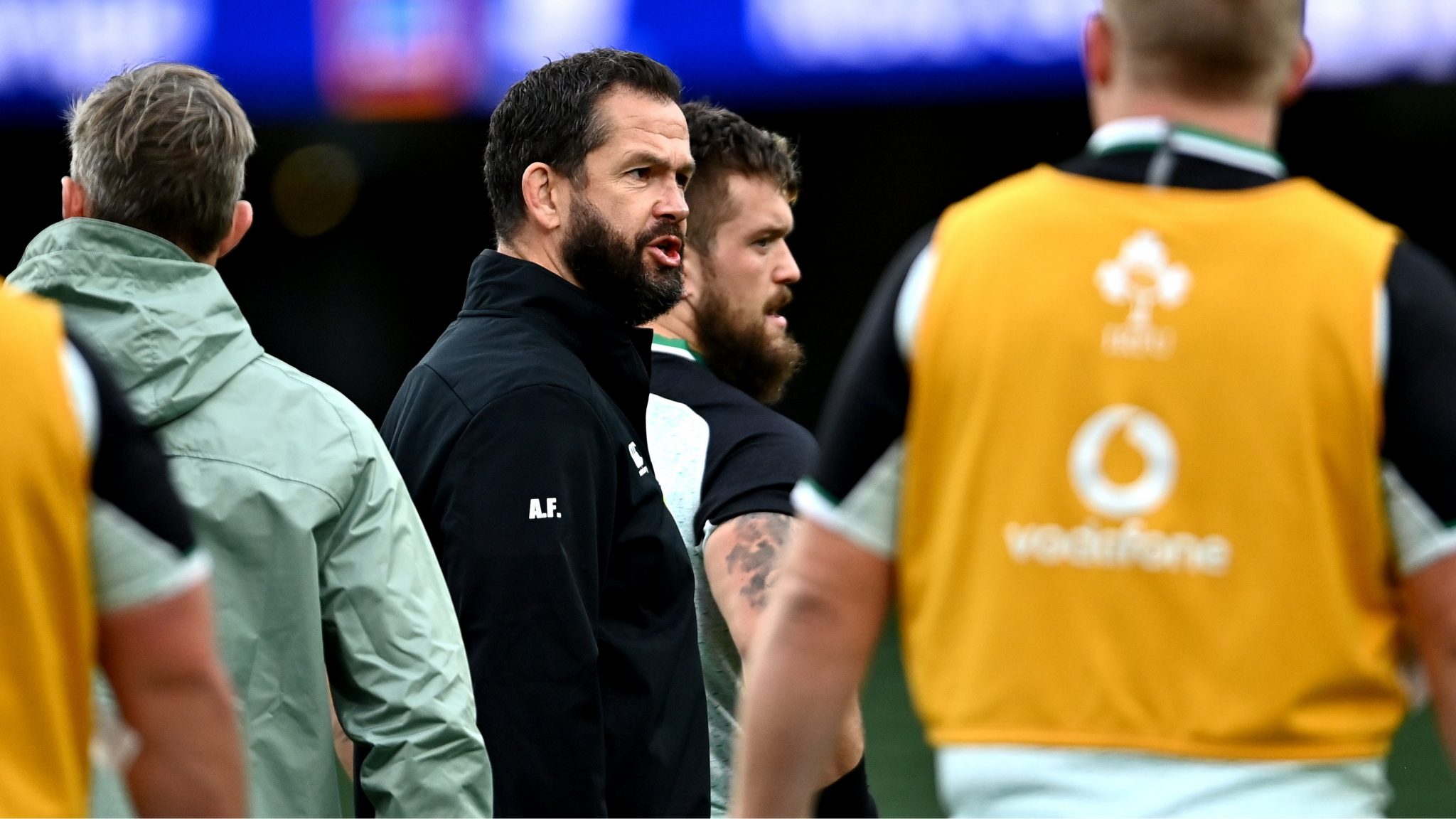 Farrell and his players will have war-gamed scenarios and spoken about pushing for that extra bonus point, but he stresses that getting the win against a resurgent French side.

On going after tries early on at Stade de France, Farrell said, "Not necessarily because you could be playing on the back foot. You could get four tries and still lose the game.

"They are so dangerous. There is no point in scoring four and they score six. You won't get what you want from that. We will stick to the plan and see how it unfolds. Hopefully we put enough pressure on the game to open it up somewhere down the line.

"It's a tough old task, isn't it? We know what the French are capable of and, watching them last weekend, they are a formidable side, especially at home. They have got threats all over the field. The forward pack is very physical and very dominating in terms of going forward and set-piece-wise. There are a lot of things we have to make sure we handle, first and foremost."

As opposed to the resumption of the Guinness PRO14, back in August, there are looser rules about how many non-playing players can be at the stadium and backing up the matchday squad.

Ireland will bring 31 players with them to Paris and one of them is Connacht scrumhalf, who will be deputising for Conor Murray and Jamison Gibson-Park (passed fit to play despite a hamstring tweak). Farrell explained:

"You're allowed 29 [players] for the warm-up and you need to take a bigger squad with you now for Covid reasons, etcetera, and have all bases covered.

"It's like last week. Kieran Marmion came in to the hotel in Dublin with us before the game so the same thing applies. Marmo will travel with us to Paris."