"At half-time the chat was about belief, it was a little bit off" - Andy Farrell

"At half-time the chat was about belief, it was a little bit off."

In Six Nations terms, Andy Farrell has had his fair share of disappointment but he went into the final day of this prolonged campaign believing his side could get the job done.

Ireland had been humbled by England, back in February, but put themselves in a position to win the title thanks to three emphatic home victories. Asked, heading into the game against France, how it would feel to clinch the title, he replied, "It would be unbelievable to even think about it. I'm not even allowing myself to go there."

END_OF_DOCUMENT_TOKEN_TO_BE_REPLACED

Given Italy's stern resistance against England, in Rome, Ireland went into the France game knowing a six-point win would seal the title for them, as long as they scored one try along the way. Cian Healy sorted that end of the bargain by crashing over the white-wash in the first half, and it was a first half that Ireland dominated for long periods.

Despite bossing the possession, territory and 22 entries, however, Ireland went into the sheds trailing 17-13 at half-time. They fell away in the second half as their belief lagged and more errors followed.

That belief word is important to focus on as it is something Farrell twice referred to in his post-match briefing. After Ireland's 35-27 loss to Les Bleus, which saw Ireland finished third in the table, Farrell said:

"There were enough opportunities there for us to win two games. We certainly weren’t clinical enough with the opportunities that we had and if you don’t take your chances in big games like this then you’ll come unstuck eventually. It’s an obviously thing to say but we’d enough entries into the French 22 and didn’t come away with points. It’s as simple as that really.

"At half-time the chat was about belief, it was a little bit off and we shipped a score just after half-time, it wasn’t great."

"We could have come away with more points in that first-half," later added. "At half-time you try to correct a few things and give belief, but they scored that try." 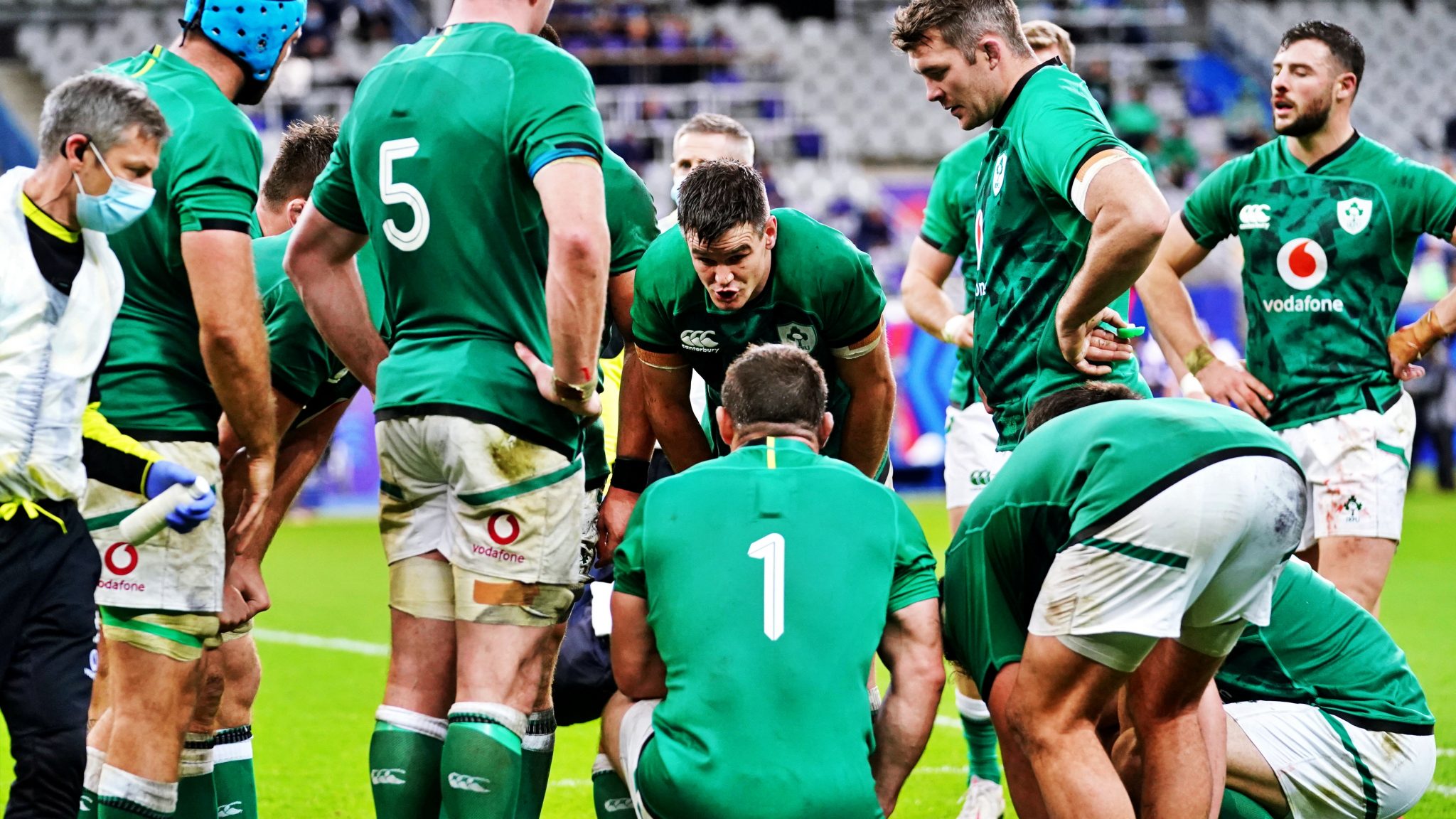 Speaking from Ireland's team hotel in Paris, this morning, before the squad caught a flight back to Dublin, Andrew Conway admitted that the coaching staff did address the issue of belief and body language at half-time. He commented:

"Yeah, we probably were just off in the first half. We did some okay things but body language wasn't great, at times. The coaches were looking on and would've had a good view of us, and know us well enough to feel and think that we're a bit off, so that was the message. The message was to believe, going into the second half with a championship on the line, everything to play for and only a couple of points in it, whatever it was.

"So it's disappointing that that type of chat has to be said in the environment that we're in, but that was the reality of where we were at. And, unfortunately, we didn't kick on."

It is concerning that the coaching staff felt compelled to intervene in an attempt to gee up their players during such a crucial game.

END_OF_DOCUMENT_TOKEN_TO_BE_REPLACED

Asked about the same half-time chat, Conway's teammate Rob Herring recalled, "We had a good chat and said, 'We need to go and take this game. There's a championship on the line. This is the position we want to be in and we've got an opportunity to go take it'.

"Yeah, unfortunately, it didn't happen for us on the night, which is disappointing and frustrating."