Andrew Conway will say he was doing his level best to put Gareth Steenson off his conversion attempt but he took this one too far.

The Munster winger hurtled out towards the former Ireland U21, moments after Luke Cowan Dickie had scored Exeter Chiefs' first Champions Cup try of the season.

Conway had flung in his chips and, in the style of a goalkeeper, jumped to make himself big. In landing, after Steenson got his kick away, Conway sent the Exeter 10 sprawling. 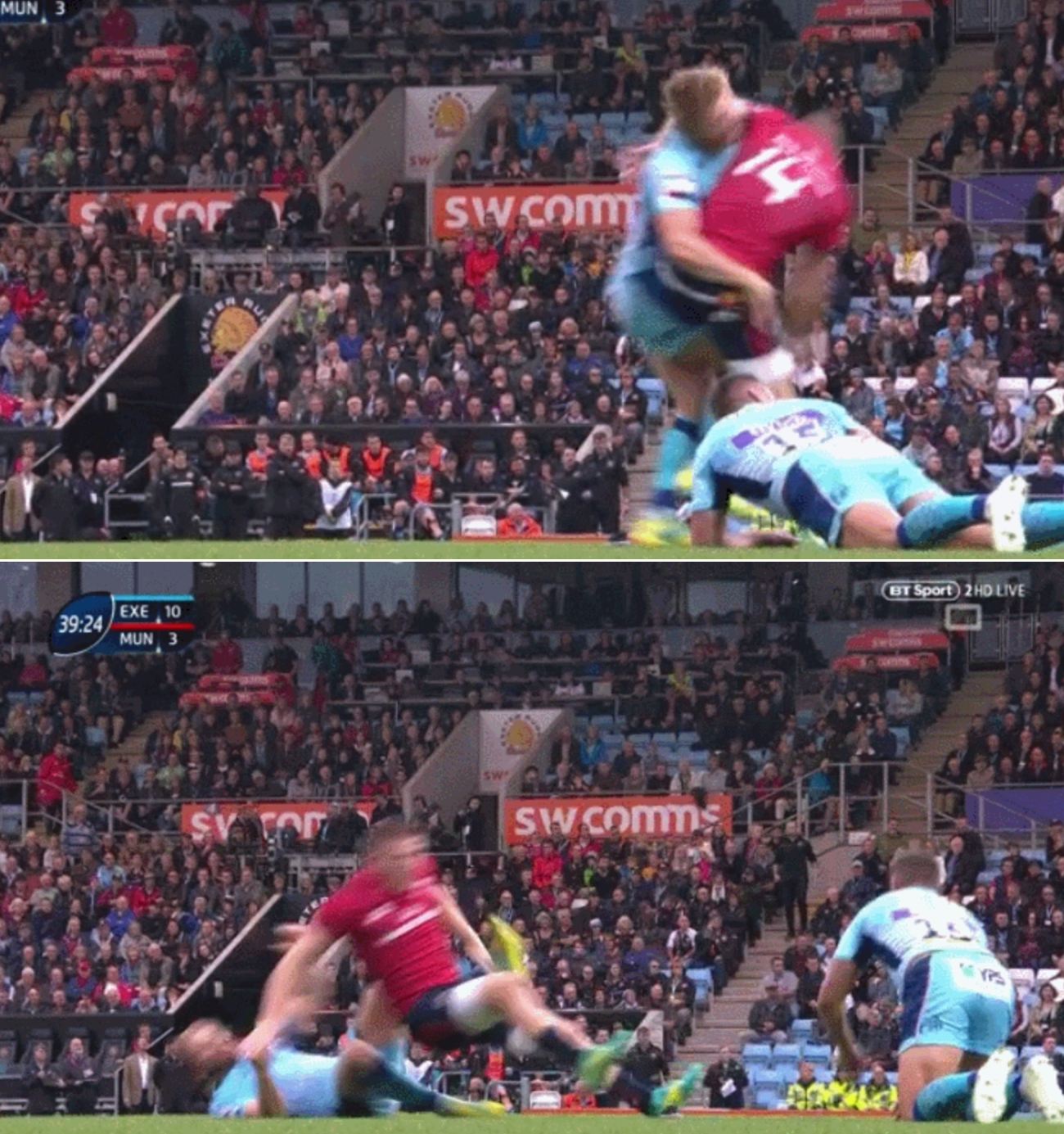 The placement of Conway's left arm was very high and, as he landed, his elbow connected with the back of Steenson's head.

The Sandy Park crowd did not take kindly to the collision and the replays made it look worse.

Referee Jerome Garces and the TV Match Official did look at a few replays but Conway got a pass.

How has Andrew Conway got away with that 🙈🙈

Andrew Conway very lucky to avoid a yellow there https://t.co/OpnIQvd82j

The Champions Cup pool clash was played out in windy, inclement conditions and there was plenty of bite out there. That being said, Conway was the one who came closest to a card with his rush from the Munster tryline.

Munster battled back in the second half and got level when Joey Carbery converted CJ Stander's bulling try.


popular
Baz & Andrew's House Of Rugby - Twickenham carnage
Jacob Stockdale and Johnny Sexton not spared by English press
'Were they up for it more than us? That's my responsibility' - Andy Farrell
ROG hits the nail on the head assessing Ireland's performance
Triple Crown wrenched away as England scrape Ireland off their boots
The Ireland XV that should definitely start against Italy
Tyson Fury reveals what happened when he sparred Anthony Joshua
You may also like
1 week ago
"I'm going with my gut here and feel it's the right thing to do" - Andrew Conway
2 weeks ago
"It just has to stay alive" - Cork's battle to produce the goods
1 month ago
Baz & Andrew's House of Rugby - Munster on the ropes
1 month ago
Former Munster star Paddy Butler signs for top Japanese side
1 month ago
Six Leinster players that could benefit from a provincial switch
1 month ago
Not a single Munster player is guaranteed of starting for Ireland
Next Page