New Zealand coach Steve Hansen has made five changes to the XV that lost 40-29 to Ireland in Chicago. One could make a convincing argument that all five changes have improved an already fearsome line-up.

END_OF_DOCUMENT_TOKEN_TO_BE_REPLACED

Whitelock and Retallick may be the most intimidating yet clinical second row units in world rugby. Their presence was sorely missed at Soldier Field as Ireland targeted the line-out and prospered at the breakdown.

Dagg, who made his Test name as a devastating fullback, is accommodated on the right wing due to his outrageous good form. He has scored 10 tries in his last 10 international outings - his best ever run. He missed out on the 2015 World Cup but refocused his efforts and looks as lethal as ever. 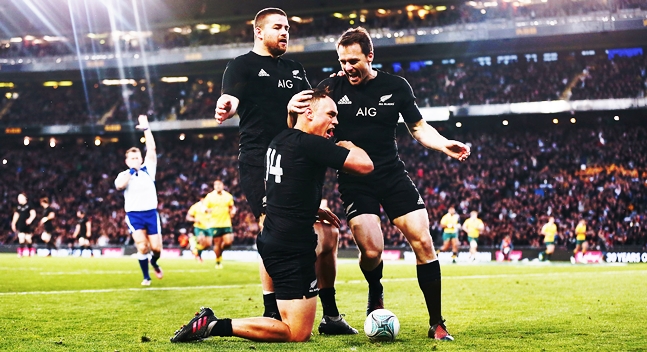 21-year-old Lienert-Brown is the break-out star of the most recent Super Rugby season. His impressive form with the Chiefs earned him a Test debut. Saturday will be his seventh Test and he already has Rugby Championship tries against Australia and Argentina.

Fekitoa is a force of nature. He prospered after a move from Auckland to join the Highlanders. In just over two years, he has amassed 22 caps and his two-try salvo against Italy was enough for Hansen to give him a starting role.

Ireland name their match-day squad this afternoon but much fewer changes are predicted.