Virgin Media held their Spring launch on Tuesday at the Alexander Hotel in Dublin and it was like one of those weird dreams where you see the most random collection of people in the same room.

Comedian Jason Byrne was over standing by a window in a grey suit, former Republic of Ireland manager Brian Kerr brushed past Love Island contestants Wes Nelson and Megan Barton Hanson without so much as batting an eyelid, bloggers took selfie videos near a gaggle of football journalsits and over in the corner of the room was former Ireland flanker and two-time British & Irish Lion David Wallace.

The Munster legend was present because he will be joining Virgin Media's punditry team for the Six Nations this year and he got up and spoke about his thoughts on this year's Six Nations and the challenge Ireland will face in defending their title.

Ireland will undoubtedly be pushed again this year, after all, last year's championship was ultimately decided by a long range drop goal against France in the opening round, but before the games start, Ireland head coach Joe Schmidt will face a number of selection challenges.

What two locks will start out of James Ryan, Devin Toner, Tadhg Beirne and Iain Henderson if he's fit?

What centres will start out of Robbie Henshaw, Garry Ringrose, Bundee Aki, Chris Farrell and Will Addison?

And finally, and once again, who starts out of Sean O'Brien, Dan Leavy and Josh van der Flier if all three are available?

For Wallace it was relatively simply, but as ever with O'Brien, injury dependent.

"Peter O'Mahony is in the form of his life, he has to be in the team, CJ Stander is playing exceptionally well as well and they're all feeding off that energy," Wallace said of Ireland's backrow.

"I look at CJ's games lately and they're all pushing each other. There's so much talent in the country that they have to play their best game each time they put on their provincial jersey. I think CJ has to be there and then look for me Sean O'Brien still has to be in the team when he's fully fit. I think the problem is getting him game time and getting him fit.

"Josh van der Flier for me is probably there and Dan Leavy has been excellent but he's not a seven as such, he does a lot of good things, but Josh plays a little bit looser.

"He's able to get around the park and has a really high workrate, not that Dan doesn't, he provides more of the attritional stuff but he's probably more of a six than a seven.

"For me Seanie is still the guy when he's fit. If not I'd have Josh and then Dan."

For Wallace it's O'Brien > van der Flier > Leavy but what's interesting here is that the former Ireland openside views Leavy as a blindside flanker when the player himself reckons his best position is on the openside. 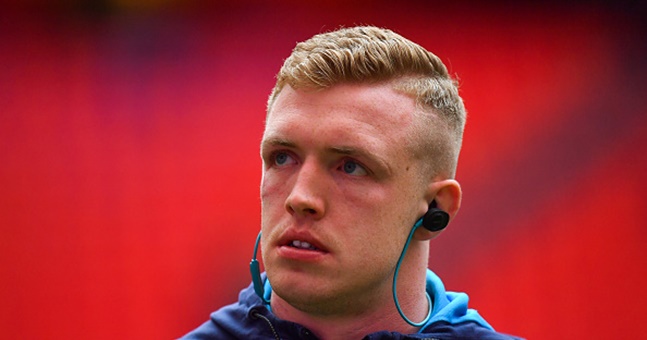 I stood there in the elevator waiting to go up to the top floor of Lifestyle Sports on Grafton St...

"I prefer seven, I think I am a seven," Leavy told me at the start of the season.

"I'll play six if the team needs me to play six but you're more involved in the game at seven and you're never too far away from the ball. At six you could be holding the width, it's more of a line-out orientated job and you could be in and out of the game.

"I prefer to be around the ball as much as I can and make an impact."

It's hard to blame Leavy for wanting to be around the ball as often as possible when you see just what an impact he can make in both attack and defence.

Leavy is an exceptional pilferer and it takes him very little time to get set defensively and into a position where he can make a play at the ball.

The Leinster flanker has won seven turnovers in seven games for Leinster this season and you can see exactly why in the clip above, while in attack his support play is one of the biggest strengths of his game and led to great tries against Saracens and Exeter last season. 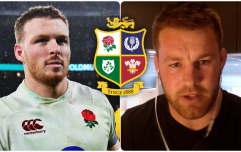 END_OF_DOCUMENT_TOKEN_TO_BE_REPLACED

The problem with Leavy is not so much his game but rather the composition of Ireland's backrow.

Peter O'Mahony and CJ Stander were huge parts of Joe Schmidt's team last year but neither provide much in the way of ball carrying.

Stander takes a lot of carries but he's not the bludgeoning force he once was.

By comparison, Jack Conan has made 363 metres this season off 106 carries, for an average of 3.4 metres per carry.

Conan has been a more effective ball carrier than Stander for some time but the South African is still the first-choice number eight for Ireland and there's no reason to think he'll be displaced anytime soon. 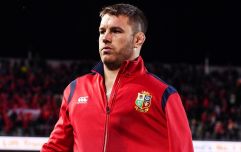 END_OF_DOCUMENT_TOKEN_TO_BE_REPLACED

With that in mind, O'Brien is still Ireland's dominant ball carrier when fit but how often has he been fit?

He's played just eight times for Ireland over the last two years and during that time players like Josh van der Flier have been able to excel, particularly against New Zealand in November when the 25-year-old had eight carries for 29 metres and made 16 tackles in a massive performance in Dublin.

However, while O'Brien may be perceived as a stronger ball carrier, he did note in 2017 that his role within the Irish pack was beginning to change.

"Probably earlier on in my career was always looking to carry the ball. I still obviously look to carry the ball but there are other people who are in there waiting for it already - the likes of CJ. He shows up a lot to carry. Sean Cronin and Jamie [Heaslip] as well," he told Off The Ball in 2017.

"The opportunities still arise for me to carry but probably not as often with those lads in the team."

With James Ryan, Tadhg Furlong, Cian Healy and Stander all in the pack, do Ireland still need to rely on O'Brien to punch holes?

Probably not as much, but when you're as destructive as he at his best, it's a hard factor to exclude and omit.

Leavy is phenomenal at the breakdown, van der Flier has a tremendous workrate and O'Brien, when healthy, is still one of the premier flankers in world rugby.

Schmidt started van der Flier over Leavy during last year's Six Nations opener after O'Brien was ruled out with a hip injury and then started O'Brien over Leavy and van der Flier when Argentina came to Dublin in November.

O'Brien broke his arm in that game and was replaced by Leavy, who was brilliant, but could not go against the All Blacks the following week with what Joe Schmidt famously reported as 'full body soreness.'

Schmidt may have showed his hand with that Argnetina game and the pecking order appeared to be O'Brien, Leavy and then van der Flier but the latter's performance against New Zealand and the lack of gametime for O'Brien through injury may have once again altered that standing.

But for Wallace, and for many others, including former Leinster captain Shane Jennings, it's still O'Brien starts if he's fit.

It seems the champion is still the champion until he's beaten. Vacating the belt is only ever temporary, even if Ireland now have some very worth challengers.


popular
Names beginning to emerge from Lions stand-by list for South Africa
The SportsJOE 12 o'clock quiz | Day 351
"I'd play it in the back garden if I could. We've been training for this since last September"
Player ratings as Man United and Liverpool play out goalless draw
"I’d love to do my Colin Corkery impression and play Junior B football. It depends on the body"
Player ratings as Liverpool beat Man United at Anfield
"Some people just have different passions" - Geezer sees where Clarke is coming from

You may also like
3 weeks ago
We knew Sean O'Brien wouldn't let us down with his Lions XV
2 months ago
Bryan Habana on how close Sean O'Brien was to Toulon move
2 months ago
Sean O'Brien and Jerome Kaino re-live tackle that left the Irishman in a sling
3 months ago
"It can be cruel at times" - Sean O'Brien on Peter O'Mahony red card fall-out
4 months ago
"Some of the big dogs, as we call them, will be getting big offers from elsewhere"
11 months ago
"Paulie was like Casper the Ghost... he had lost about two stone in the two days"
Next Page