I stood there in the elevator waiting to go up to the top floor of Lifestyle Sports on Grafton Street and when the doors finally opened on level 1, Joe Tomane, Rhys Ruddock and Dan Leavy were all playing foosball.

Fixed behind them was an array of new Leinster Adidas jackets, training tops and polos, the Munster kits were nowhere to be found today, and in front of them there were a handful of journalists scattered around and one familiar face. 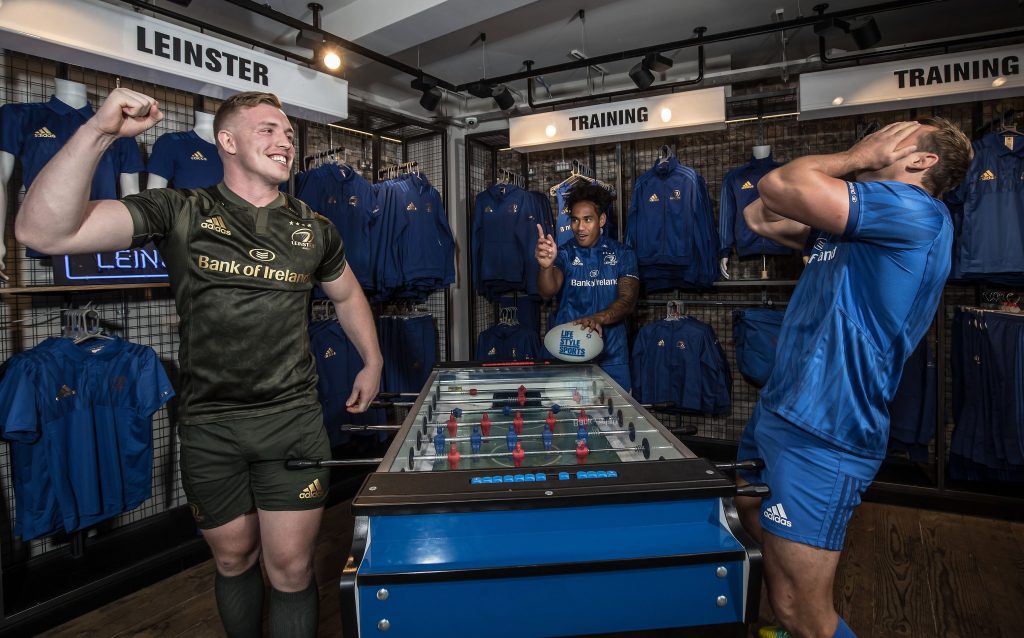 END_OF_DOCUMENT_TOKEN_TO_BE_REPLACED

'It's rare that you see Leavy without a scrape isn't it?' one journalist said to me while we stood waiting for the photoshoot to finish.

'Yeah I was half expecting a shiner under one of his eyes, it's almost what you come to expect when you see him'.

Sure enough, once the photos had been taken and the foosball had been decided, I got a chance to sit down with the Leinster flanker and as expected, he already had a tiny cut just below his right eye.

This time last year Leavy was entering the season as Leinster's third choice openside flanker behind Sean O'Brien and Josh van der Flier but he comes into this campaign as a Grand Slam winner, a Champions Cup medalist and Leinster's Player's player of the Year from last season.

END_OF_DOCUMENT_TOKEN_TO_BE_REPLACED

Two seasons ago he had goals of becoming a first-team player at Leinster and making the November international squad with Ireland, and while he insists that this season is just about playing as much as possible and staying fit and injury free, he does want to try and hold that number seven jersey down.

"I prefer seven, I think I am a seven," said Leavy at the launch of the new kit.

"I'll play six if the team needs me to play six but you're more involved in the game at seven and you're never too far away from the ball. At six you could be holding the width, it's more of a line-out orientated job and you could be in and out of the game.

"I prefer to be around the ball as much as I can and make an impact." 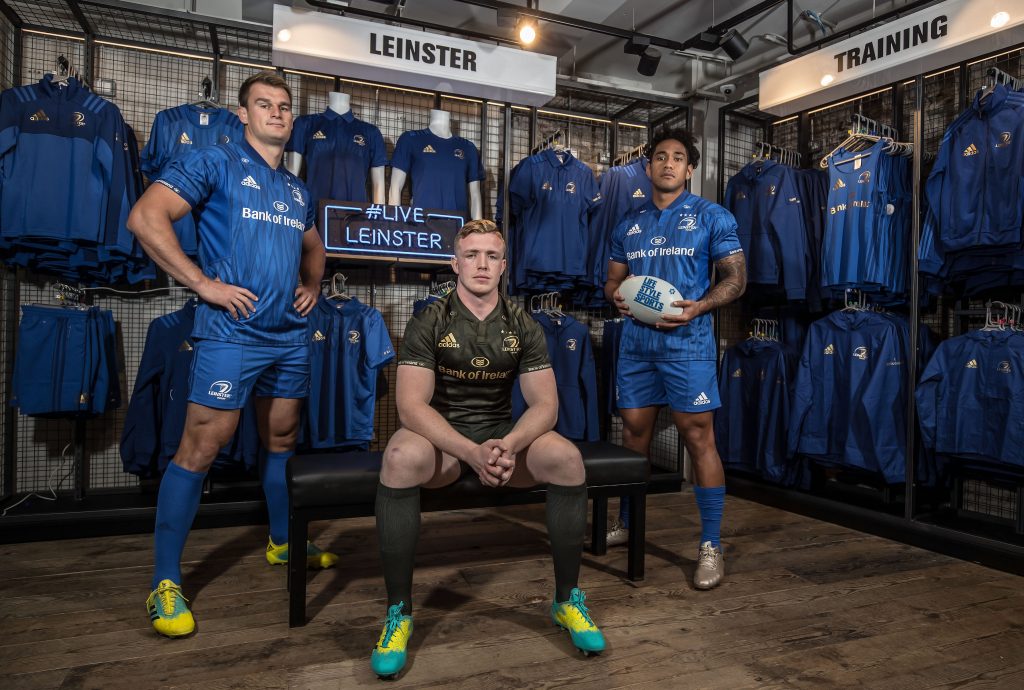 Leavy certainly made an impact last season but four of his first five starts last term were at blindside, but once O'Brien and van der Flier went down, he made the seven jersey his own and started his last five games for the province from openside.

END_OF_DOCUMENT_TOKEN_TO_BE_REPLACED

The return of both players this season should give him added competition on the side of the scrum but Leavy won 14 turnovers last season, the most of any player on the Leinster squad, and he's said that he's had lengthy discussions with senior coach Stuart Lancaster about how and when to go for the steal in defence.

"Stuart and I have talked a lot about the breakdown and how he wants to play me, there might have been a different system around before him, but he's definitely helped me a lot, as has John Fogarty (Leinster scrum coach)," added Leavy.

"There is always little things you can brush up on, making sure discipline is good and not giving away silly penalties, but no one is the finished article.

"I watched David Pocock over the summer and I think he's pretty unique in his style in how he's able to do it. He's a little bit shorter and he's able to get his leg around and get over the ball quickly but you're always looking at guys and trying to pick up tricks.

"Some lads don't even go for the ball they just try to go for the counter-ruck and make a mess of things but it's all about having everything in your arsenal and choosing the right time to do what.

"Maybe you take a risk on a ball, maybe you leave it, but it's a lot of decision making. We'd do a lot of breakdown work with Fogs and it pays off."

Leavy's decision making has improved but sometimes decisions are taken out of his hands.

Before his Ireland debut against Canada, he was preparing to go out for a night out on Baggot Street in Dublin, and then onto New York for a holiday, before he received a text message to alert him that he had been selected in the Ireland squad.

Before Ireland's 2017 Six Nations finale with England last year he was heading towards the showers as 24th man when Ireland head coach Joe Schmidt pulled him aside and told him to grab the number 20 jersey after Jamie Heaslip went down injured in the warm-up.

Before the Six Nations this year he was second-choice behind van der Flier but played every minute of every game after coming on for his injured teammate in the first-half of the tournament opener against France.

He's had to be patient during his burgeoning career but finally, and much like the opposition's ball, the opportunities are starting to come to him as much as he's looking for them.

"I knew the Italian game was a big opportunity and I had to take it with open arms," he adds.

"I had to do the best I could do to hold onto it. It was obviously a pretty frustrating summer tour but the Six Nations, I think from when I went on in the French game, I think I played every minute of every game.

"It's important to keep putting your hand up, stay fit and show you're ready to play."

Leavy will get his first opportunity to show he's ready in Leinster's pre-season opener against Montauban on Friday and he should see more opportunities at openside as the season progresses.

He's spent most of his career waiting for chances with Leinster and Ireland and now he could finally be poised to take them and make them his own.

Whether it's at six, seven or beyond, he's ready to go, he even has the scars to prove it and it's only pre-season.

Available exclusively from Life Style Sports, Joe Tomane, Dan Leavy and Rhys Ruddock were pictured at the launch of the 2018/19 Leinster Rugby home and alternate jersey, to join the conversation and discover the design inspiration for the jerseys, follow @lifestylesportsrugby and #LIVELEINSTER. The jerseys are available to preorder now in Life Style Sports stores and online at www.lifestylesports.com