This week, the UFC featherweight division lost one of its top contenders.

It was announced on Wednesday that Chad Mendes tested positive for a performance-enhancing drug in an out-of-competition administered by Usada.

END_OF_DOCUMENT_TOKEN_TO_BE_REPLACED

I didn't do my homework and that was a big mistake. I own it and I'm going to pay for it.

As if we the fans needed reminding that 'Money' would not be competing inside the Octagon for a considerable amount of time, the UFC updated the featherweight rankings the day after Mendes received his suspension.

Mendes has been removed entirely from the top 15, with unassuming knockout monster Doo Ho Choi coming in at the 15 spot and everyone from Ricardo Lamas down the line getting bumped up one place. 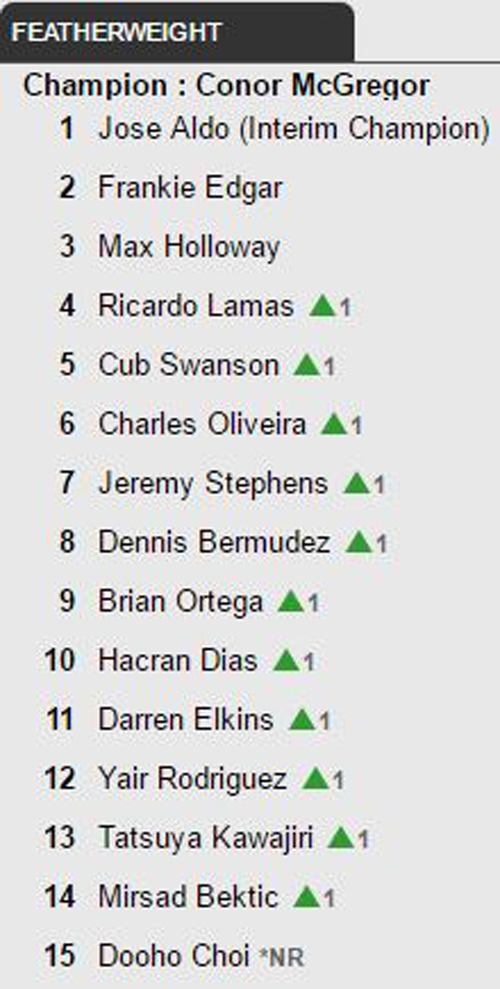