Kamaru Usman says that both Colby Covington and Jorge Masvidal could be underestimating each other ahead of UFC 272 on Saturday night at the T-Mobile Arena in Las Vegas. He has, however, tipped Masvidal to emerge victorious from the bout.

Masvidal has an MMA record of 35-15, with Covington attaining 16-3, but Welterweight champion Usman has beaten both opponents twice.

The Nigerian Nightmare will be in attendance for their UFC 272 main event grudge match. 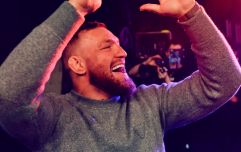 END_OF_DOCUMENT_TOKEN_TO_BE_REPLACED

The welterweight champion has spent over 80 minutes of octagon time with the pair over four fights.

Usman believes that the former best friends will realise that training together doesn't translate into fighting outcomes. He says that both fighters have evolved since they last sparred and it will surprise both come Saturday night.

“In this fight, Colby’s going to realize that it’s harder to take Masvidal down in an actual fight than when they were in practice,” Usman told ESPN.

“I know in his mind, he’s going to expect it to be like it was when they practiced. But they spent some time apart, and I think he’s going to realize it’s a lot harder to take him down in a fight than it is from practice."

“Masvidal, on the flip side, I think he’s going to realize that it’s a lot harder to strike with this guy now than back when ‘I was beating him up when he first came into the sport.'”

"We talked about taking over the world together ... it's bittersweet."

A moment of introspection from Colby Covington as he reflects on his relationship with Jorge Masvidal.

Usman says 'Gamebred' has the ability to change the fight with one strike, and highlighted the five-second stoppage of undefeated Ben Askren as an example of Masvidal's knockout power.

“I think he could potentially win the fight because one thing about Masvidal is he’s one of the only guys who in his stance, he’s so tall in his stance – but he’s able to defend takedowns from some of the best wrestlers,” Usman said. 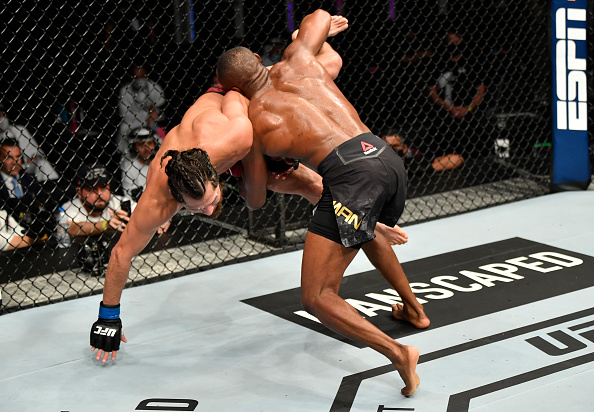 “He’s very, very good at striking – so relaxed – and is so fast and he’s able to touch you. He might not feel as hard, but he can touch that button to be able to shut the lights off.

“I mean, being able to run across the octagon in five seconds, land a knee like that (against Ben Askren) just shows a different level of athleticism.

"He’s a skilled fighter, and he definitely has the tools to be able to land that shot to steal this fight away from Covington. So I’m excited. I can’t wait, I will be there. I haven’t been to a fight in a long time!”