We all know that UFC 257 will be headlined by Conor McGregor's latest MMA comeback, against Dustin Poirier, but that main card has been given some extra star power.

The next big bout on the card was, and had been for a number of weeks, Jessica Eye taking on Joanne Calderwood, but the UFC always wanted to add another enticing fight.

The initial plan had been to pair former Bellator lightweight champion Michael Chandler off against Justin Gaethje, but 'The Highlight Reel' looks to be getting held over. It is expected that the winner of McGregor vs. Poirier II will take on Gaethje for the UFC lightweight belt that was vacated by Nurmagomedov in October 2020.

Gaethje was defeated by 'The Eagle' at UFC 254, only for the champion to lay down his gloves in The Octagon and vow that was his final fight. Nurmagomedov is managed by Ali Abdelaziz, who also looks after Gaethje. As the American was interim champ going into that unification bout, at 'Fight Island' last year, he has a legitimate claim to take on the winner of McGregor's bout with Poirier for the undisputed title. 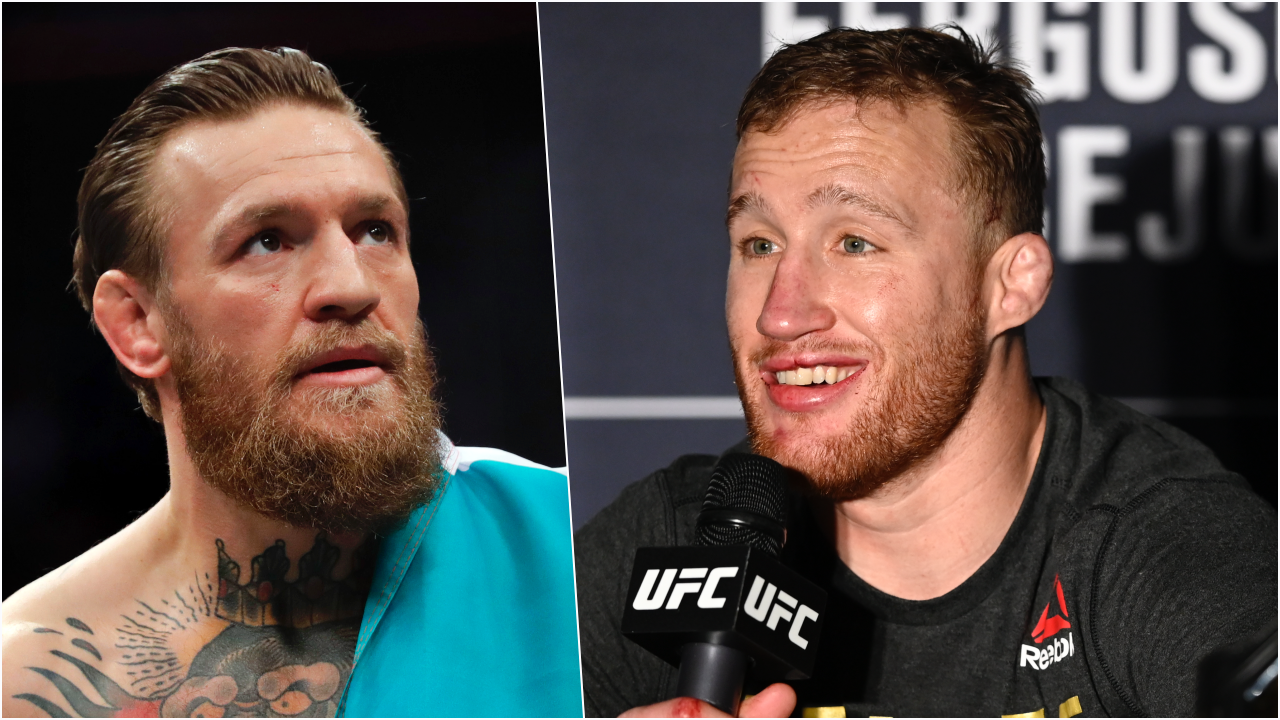 So where does that leave Chandler?

As it transpires, the 34-year-old has secured himself a decent but beatable opponent for his UFC debut. The promotion had been trying to line up Charles Oliveira but 'Do Bronx' was concerned about trying to get down to 155lbs on short notice. Oliveira put his own name into the title picture by picking Tony Ferguson apart at UFC 256 on December 12.

END_OF_DOCUMENT_TOKEN_TO_BE_REPLACED

Next man on the roster, and someone who did not need to be asked twice, was Dan Hooker. The New Zealander has made a verbal agreement to welcome Chandler to the UFC party at Fight Island (Abu Dhabi) on January 23. Hooker (20-9) had been on a nice roll until he ran into Poirier, last summer.

UFC president Dana White was always keen on adding another high-level lightweight bout to the main card, in case misfortune befall McGregor or Poirier in the main event. Should either man not make it to The Octagon, Chandler would step in as back-up.

Nurmagomedov insists he is due to meet White in the coming weeks - and he may even be present at UFC 257 - but he has stated, several times, that he was serious about vacating his belt. Abdelaziz says he has no interest in a McGregor rematch but a catch-weight bout with former welterweight and middleweight champion Georges St-Pierre could turn his head.

popular
Cristiano Ronaldo snub wipes billions off Coca-Cola’s market value
"The guy's a genius. He is one of the greatest players of all time" - Roy Keane
Paul Pogba does a Cristiano Ronaldo on it, Heineken gets the nudge
When Roy Keane calls a tackle "an assault", you know it must be bad
Ronaldo removes Coke, shows off the drink of champions in pre-match conference
Paul Gascoigne reckons he was a better player than Foden, even when he was drunk
Damien Duff bides his time before roasting the FAI with 'motivational video' comment
You may also like
1 month ago
Conor McGregor sends message to new UFC lightweight champion
1 month ago
Conor McGregor sells majority share in whiskey company in $600m deal
1 month ago
Chris Weidman snaps leg in half while kicking opponent after just 17 seconds
1 month ago
Daniel Cormier clashes with Jake Paul during UFC 261 broadcast
1 month ago
Kamaru Usman makes Jorge Masvidal eat his words with devastating KO
2 months ago
McGregor and Poirier relationship turns sour over $500,000 donation
Next Page