A Scottish Muay Thai practitioner died while cutting weight for a fight at the weekend.

The body of Jordan Coe, 20, was found in a heavy sweatsuit according to a report in the Bangkok Post.

Coe, who originally trained out of Scotland but moved to Thailand to hone his craft of the martial art known as Muay Thai, was set to compete on Sunday but police are speculating that he passed away from heat stroke in the process of cutting weight.

Trainer Kritchai Kritnok told police that Coe had left the resort at which he was staying in heavy clothing so that he could attempt to sweat out the three kilograms necessary to make the weight limit for a 61-kg fight against Cambodian fighter Khon Bola.

The 20-year-old had been training in Thailand for over a year, having switched camps from Carnage Muay Thai Gym in Grangemouth to Lamnammoon Muay Thai in Ubon Ratchanthani. 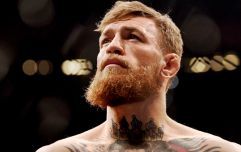 END_OF_DOCUMENT_TOKEN_TO_BE_REPLACED

The tragedy shines a bright spotlight on the issue of weight cutting in combat sports, with Coe's death coming just over a year after Chinese mixed martial artist Yang Jian Bing passed away while attempting to make weight for a bout at ONE Championship, the Singapore-based promotion which has since completely revamped their weight-cutting procedures.

Tributes have been pouring in for Coe, for whom a crowdfunding page has been set-up and, at the time of writing, it has brought in over £17,000 to cover funeral costs.