As expected, Floyd Mayweather vs. Tenshin Nasukawa will be no more than a short exhibition match.

While mystery initially surrounded the details of the bout when it was announced by mixed martial arts promotion Rizin FF last month, we now know what to expect of the contest.

Mayweather had pulled out of the match-up after claiming that he'd been misled but he is back on for the meeting with Nasukawa, an undefeated kickboxer.

The rules for the "fight" were announced by a press release on Thursday, via MMA Fighting.

At a media day, it was confirmed that Mayweather vs. Nasukawa would be contested over three three-minute rounds under straight boxing rules.

The pair will wear Rizin's own 8oz. gloves and weigh no more than 147lbs for the exhibition, which is scheduled for New Year's Eve in Tokyo.

END_OF_DOCUMENT_TOKEN_TO_BE_REPLACED

Interestingly, no judges will be in place and being an exhibition match, neither fighter's undefeated record will be on the line.

"I love competing against fighters from all walks of life like in my amateur days," Mayweather said. "It’s all about entertainment. Nine minutes of entertainment. It’s going to be amazing. 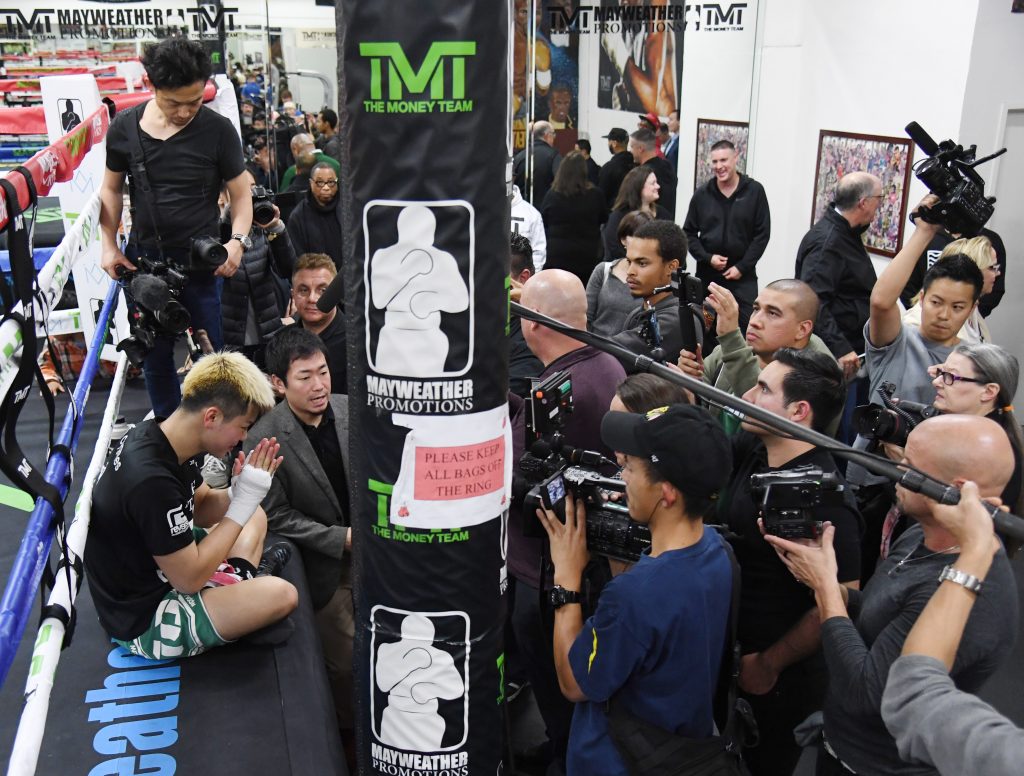 "I’m in the entertainment business. That’s what I go out there to do. I love to do this. I’m working out to put on a show for three rounds." 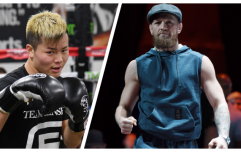 END_OF_DOCUMENT_TOKEN_TO_BE_REPLACED

Nasukawa will be giving up plenty of size to the boxing legend, who most recently competed against UFC superstar Conor McGregor and moved to 50-0 with a 10th round TKO.

Nasukawa has been sparring with Jorge Linares in Las Vegas recently and can't wait for the opportunity to compete against Mayweather later this month.

"There’s never been a Japanese fighter to face Floyd Mayweather in the ring," Nasukawa said. "As an athlete, this is something that’s a great honour and a challenging task. I’d like to make a big impression."


popular
January transfer window 2023: Follow the latest updates live in our hub
CCCC order replay of All-Ireland club football final
Shane Lowry confirms amicable split from caddie after four and a half year partnership
Owen Farrell praises Johnny Sexton in revealing interview ahead of Six Nations
British publication urges Gareth Southgate to claim Evan Ferguson for England
"It's crazy to think Bundee Aki might come straight in and start against Wales"
Everton release brutal 59-word statement to confirm Anthony Gordon departure
You may also like
1 week ago
Floyd Mayweather announces his first ever UK fight at the O2 Arena
9 months ago
Ricky Hatton confirms that he will be returning to the ring 10 years after his last fight
1 year ago
Jake Paul taunts Floyd Mayweather with New Year's resolutions list
1 year ago
Professional boxing is on its knees and it might be too late to save it
1 year ago
Floyd Mayweather offers to train Tyron Woodley ahead of his Jake Paul fight
1 year ago
Jake Paul set upon by Floyd Mayweather and security staff after confrontation
Next Page