The event will take place on February 25

Floyd Mayweather has announced that he will fight in the UK for the first time in his career.

Mayweather will make his British debut in an exhibition fight against Liam Harrison, which is scheduled to take place on February 25, a day before his 46th birthday, at the O2 Arena.

END_OF_DOCUMENT_TOKEN_TO_BE_REPLACED

Revealing the news on his Instagram, he said: "#London February 25th, It’s official. My first exhibition fight in the UK will be at the O2 Arena. Tickets go on sale next week. Stay Tuned!!"

The 45-year-old had teased that the UK would be on the next leg of his exhibition tour previously.

"In February we're looking forward to coming here and putting on an exhibition for the fans in the UK, because I never had a chance to come over here and fight when I was actively boxing as a professional.

"So hopefully in February I'll come over and do an exhibition if it's possible." 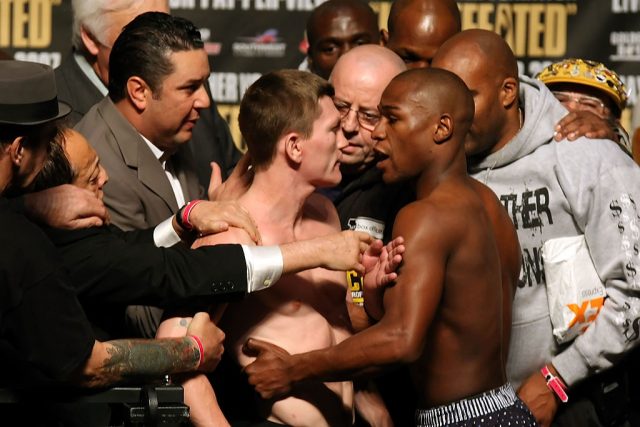 END_OF_DOCUMENT_TOKEN_TO_BE_REPLACED

His opponent, Harrison, is a seasoned Muay Thai fighter and nicknamed 'The Hitman'. He's fought in 90 kickboxing contests, winning 44 of them.

Although it is a respectable record he will be coming up against Mayweather, who went unbeaten throughout his professional boxing career, winning all 50 of his fights.

Some of his wins have come against the likes of Manny Pacquiao, Canelo Alvarez and Oscar de la Hoya.

END_OF_DOCUMENT_TOKEN_TO_BE_REPLACED

The American ended his pro career in 2017, taking on Conor McGregor in a bizarre encounter which saw him win via TKO in the 10th round.

Despite being around the boxing circuit for many years, Mayweather had never fought outside of the United States before switching to exhibition fights where he has since had bouts in Japan and the United Arab Emirates.

He's also been unbeaten in those fights, which have seen him take on Tenshin Nasukawa, Mikuru Asakura and Deji Olatunji - beating them - as well as facing Logan Paul and Don Moore in non-scoring bouts.