As much as everyone might poke fun at the majority of media's overuse of the words 'Conor McGregor', there's a reason for it.

The man is a superstar. In the octagon, outside the octagon, as comfortable with a fist or a mic in his face, the Dubliner sells. He's a showman and he's a downright talented one and, like it or not, pretend like MMA isn't a sport or not, millions and millions of young people look up to him now like they would've any of the top boxers of a bygone era.

You could almost go as far as saying that Conor McGregor has rescued martial arts in Ireland but, if he didn't do that, he sure as hell thrust it into a whole new dimension.

END_OF_DOCUMENT_TOKEN_TO_BE_REPLACED

Now, it looks like the two-weight UFC champion is on the brink of what would be the superfight to end all superfights. Having no previous boxing record, McGregor has actually manoeuvred himself into a position where he'll not only get a shot at arguably the best ever, but he's holding serious, serious negotiating power too. 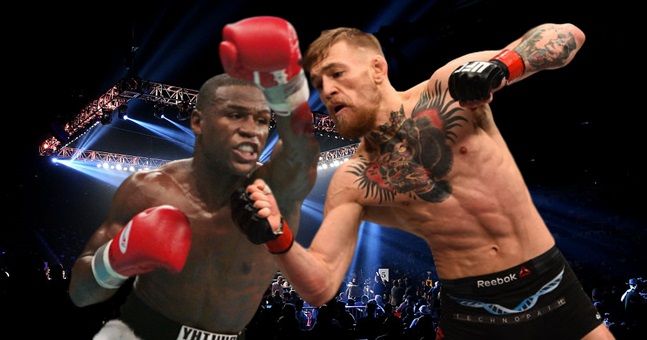 The Notorious was welcomed along last month by the former Olympian to his gym in California where the pair underwent their own training sessions with both looking ridiculously sharp.

END_OF_DOCUMENT_TOKEN_TO_BE_REPLACED

Ahead of Conlan's showdown in Madison Square Garden - which will be available on the eir Sport pack - Matthew Macklin spoke with the utmost of respect for what Conor McGregor has done for Ireland - not just for MMA, but for the entire combative community in the country.

"For a long time, Irish fight fans have been a sleeping giant. They've been woken by @TheNotoriousMMA." - @mattmacklin. #TheConlanRevolution pic.twitter.com/tszJmHzsQF

END_OF_DOCUMENT_TOKEN_TO_BE_REPLACED

You can't argue with the effect McGregor has had and with how he has reignited the love and passion within fight fans. Macklin knows first hand - he trudged along for 15 years himself all the way to a WBC title.

Now though, things are on another level entirely and he thanks a mixed martial artist for that.

McGregor was humbled in return.

Conlan prepares to launch another exciting career. The takeover continues.