It looks like Paige VanZant made the right decision to change weight classes.

We're used to seeing Paige VanZant fighting at strawweight inside the Octagon, but in 2017, it was announced that the rising star would be moving up to the newly-formed women's flyweight division.

"12 Gauge" was scheduled to make her divisional debut against veteran fighter Jessica Eye at the recent UFC 216 PPV. Unfortunately, she was forced to withdraw from the bout on short notice with a plethora of ailments, including a herniated disk, infections in both ears, pink eye and ring worm.

END_OF_DOCUMENT_TOKEN_TO_BE_REPLACED

Although she has yet to book another bout, the 23-year-old's plan is still to fight at 125 lbs before the year's end. She seems to be enjoying the prospect of cutting less weight as she shared a couple of old photos of cuts she made to strawweight in previous camps.

Fighters cutting dangerous amounts of weight has been a huge problem in MMA since forever, but recent high-profile cases have brought the issue to light again.

END_OF_DOCUMENT_TOKEN_TO_BE_REPLACED

Kevin Lee having to take the extra hour to make championship weight at UFC 216 the day after he claimed he still had 19 lbs left to cut got people talking. Plus that disturbing video at the Pancrase 290 weigh-ins only highlighted the problem more.

The other photo VanZant posted on Instagram was swiftly deleted, but perhaps gives a more accurate representation of how gruelling her cut was at strawweight was. 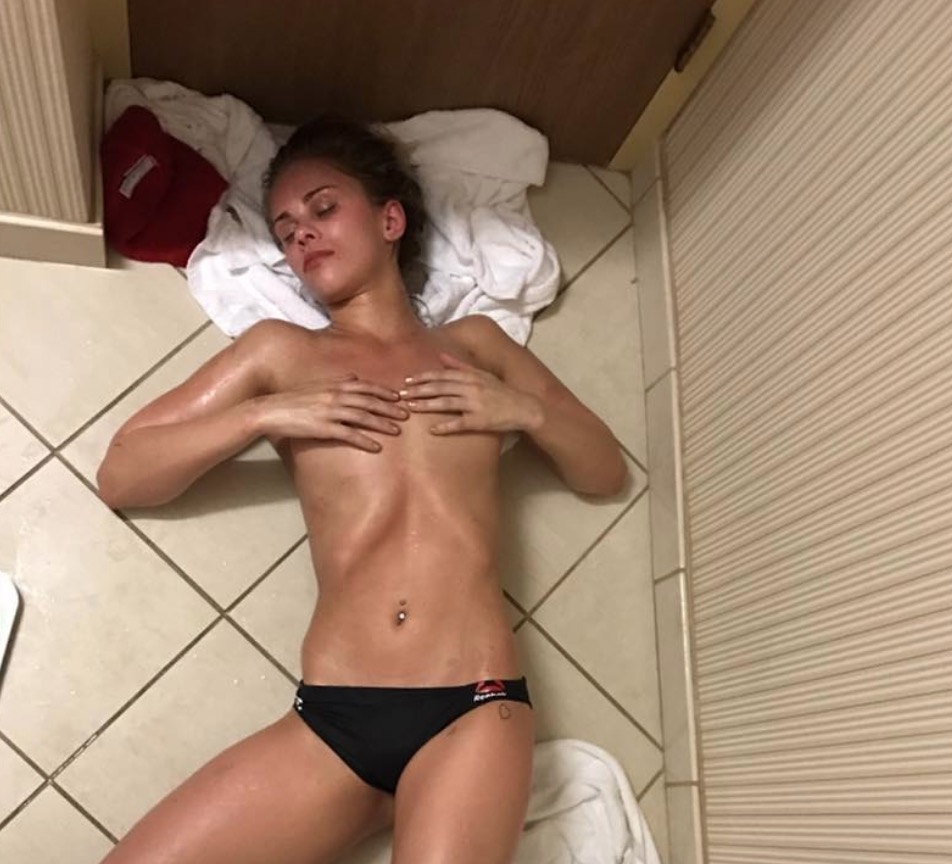 It's strange to think that the emaciated fighter lying prone on the bathroom floor with her ribs jutting out of her body is the same one that won a lot of fans with her energetic routines on Dancing with the Stars. The caption with this photo before it was taken down was, 'Never again. 125 is my division. I will take over.'

We're not sure taking over 125 lbs is very likely with Valentina Shevchenko looking set to dominate that weight class, but one thing's for sure, 115 lbs is not VanZant's division.


popular
World Cup 2022 Day 12: All the major action and talking points
From Ireland to Argentina: Alexis Mac Allister's Irish roots explained
The FootballJOE Qatar World Cup 2022 Geography Quiz
France demand FIFA change result of World Cup defeat over 'rule break'
"Nowadays, even if I don't hit a ball, I don't care as long as we win" - Gleeson learning from the past
Cristiano Ronaldo 'agrees £173m-a-year deal' with Saudi club
Castleknock's Warnock the hero as Maynooth win first ever Ryan Cup final
You may also like
2 months ago
Hasbulla signs five year deal with UFC 'worth more than many fighters'
2 months ago
UFC fighter Elias Theodorou has died, aged just 34
2 months ago
John Kavanagh and Johnny Walker kicked out of T-Mobile Arena during UFC 279 main card
2 months ago
Conor McGregor took exception to one part of Nate Diaz victory speech
2 months ago
Nate Diaz and Tony Ferguson tossed together for UFC 279 main event after wild 24 hours
3 months ago
Your guide to a huge weekend of sport and how to watch it all
Next Page