Conor McGregor could face up to 11 years in prison for two felony charges, according to New York sentencing guidelines.

But the most serious charges on his rap sheet are two felony counts for criminal mischief, according to online court records, and could result in a maximum sentence of 11 years. 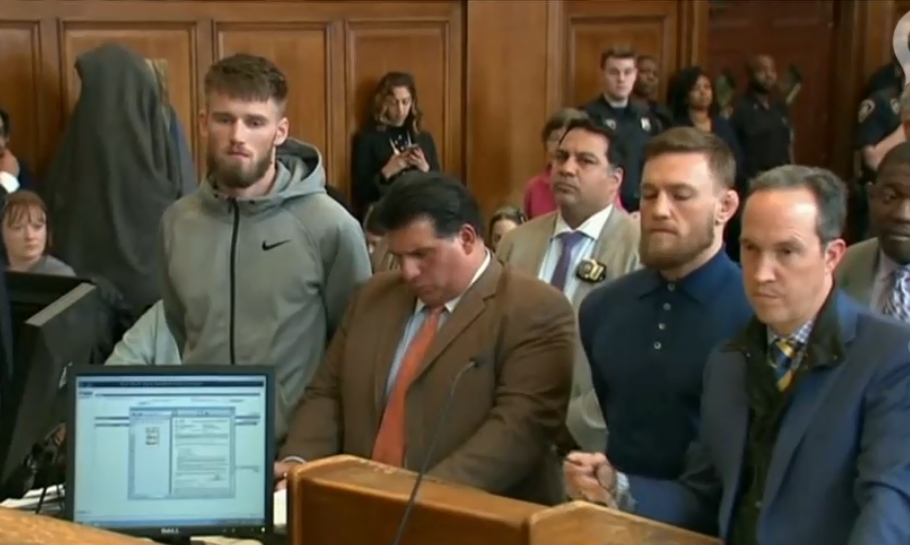 McGregor was granted bail of $50,000 and learned that he would be free to return to Ireland following his rampage through Barclays Centre the previous day.

By now, we've all seen the footage of the guard rails and hand trucks that were sent crashing into the bus which held Khabib Nurmagomedov, the fighter targeted by McGregor and his cohorts. 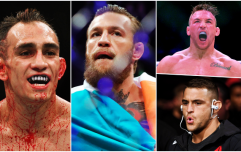 END_OF_DOCUMENT_TOKEN_TO_BE_REPLACED

Michael Chiesa and Ray Borg both picked up injuries in the incident and neither will be allowed to compete at UFC 223 on Saturday night.

Artem Lobov was also pulled from the card for the role he played in the loading bay incident, although he was captured on camera trying to placate McGregor.

This has financial as well as legal ramifications for McGregor who could be ordered to pay damages for losses incurred. The Dubliner was also set for a new and improved UFC contract but those plans have been shelved for now.

If McGregor is found guilty assault charges hold a maximum sentence of one year. However the felony level charges for criminal mischief, which stems from the damage caused to the fighter bus, are treated much more seriously by New York's justice system and therefor carry much heavier jail terms.


popular
Paul O'Connell names four Irish certainties for Lions, and one bolter
The SportsJOE 12 o'clock quiz | Day 223
"It was a diluted version of what we were" - Why 'Donegal system' didn't work for others
Alisson criticises Jordan Pickford for Van Dijk challenge
Lock yourself in because the sport on TV this weekend is hilarious
Warren Gatland mentions three Irish players as potential Lions captain
The SportsJOE 12 o'clock quiz | Day 222
You may also like
6 days ago
Conor McGregor pays tribute as Khabib retirement blows division wide open
6 days ago
Khabib Nurmagomedov sensationally retires from UFC after demolishing Gaethje
1 month ago
UFC should embrace Conor McGregor's proposed new role
1 month ago
Dana White claims Conor McGregor broke 'man code' by sharing DMs
1 month ago
Conor McGregor shares DMs from Dana White to justify boxing comeback
1 month ago
Back-up plan for Khabib vs. Gaethje title fight has pissed a lot of people off
Next Page