Just like Conor McGregor before him, 'The Eagle' is struggling to convince the UFC to book him into a title fight on home soil.

You can have star power, drive pay-per-view numbers and be a UFC champion but Dana White and the rest of the promotion's brass want the very biggest fights on American turf. Khabib Nurmagomedov acknowledges that.

At the peak of his powers, McGregor often spoke of a bout in Dublin but when it came time to sign bout agreements, it was either Las Vegas or New York. There, the most expensive seats can be sold and there, East or West Coast, is the prime-time PPV audience.

And so, after his September victory over Dustin Poirier in Abu Dhabi, Nurmagomedov is being told it is time to book another fight in the United States.

The lightweight champion is set to face off against No.1 contender Tony Ferguson - fifth time lucky - in 2020 and the UFC want that to be next March in Las Vegas as the UFC 248 headliner. 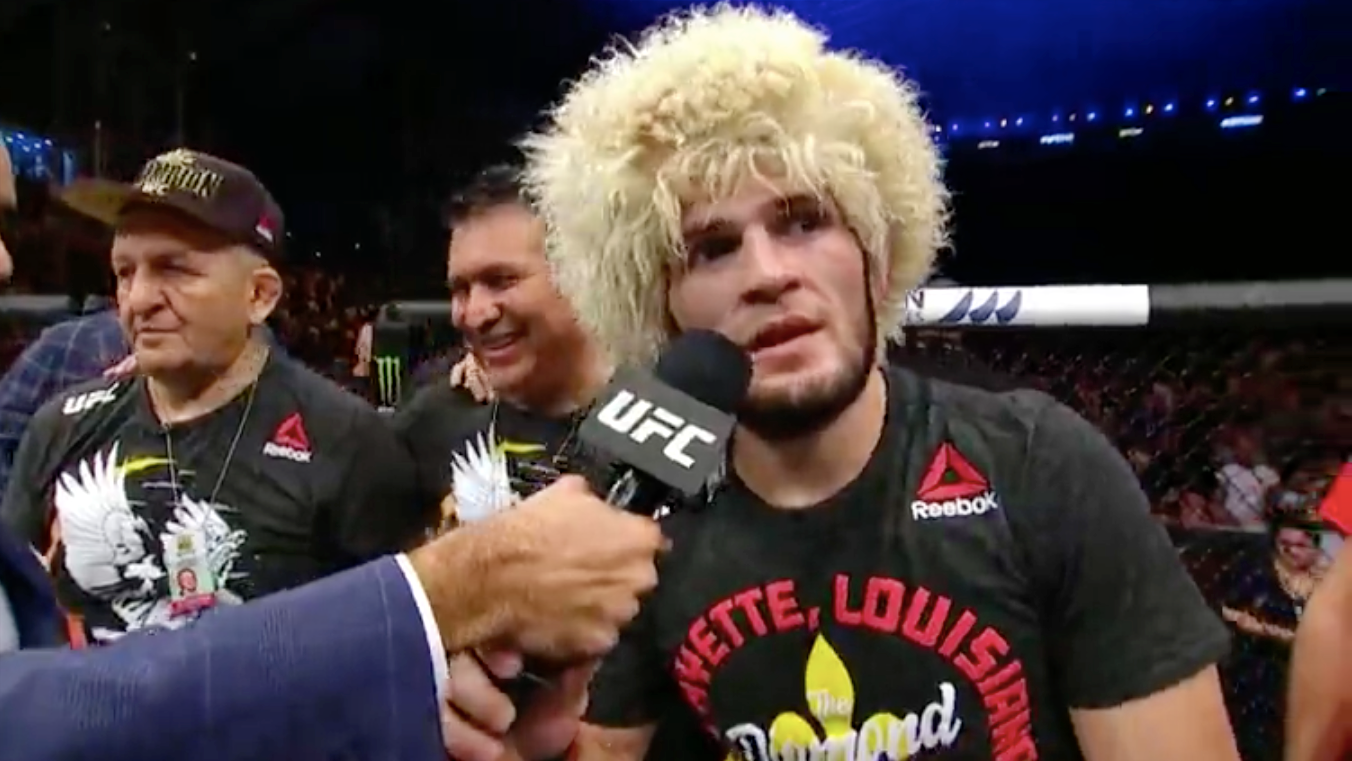 The Dagestani has an issue with the fight taking place in Vegas, and it is a big one that stems back to the post-fight brawl he sparked at UFC 229, moments after he defeated McGregor. At a press conference in Moscow today, he declared:

"We're in talks now. The UFC has suggested having it in Vegas in March, but [the Nevada State Athletic Commission] have to issue me an official apology for fining me for the incident on 6 October, 2018."

That's right, Nurmagomedov wants either an apology or his $500,000 fine back, or both. If he does not get that from the NSAC, and he is unlikely to, he is content to delay his next fight a month.

"If not, we'll pick another venue. I'll fight in April in New York. I'll be ready in April... March if Vegas apologises or gives me back my money. Those are my conditions. We're in talks now."

END_OF_DOCUMENT_TOKEN_TO_BE_REPLACED

Of course, it would not be a Khabib Nurmagomedov press appearance without a question about a possible rematch with McGregor. On 'The Notorious', he commented, "To fight for a belt in the UFC, I remember I had something like nine or 10 fights. If he wins 10 fights in a row, then that's completely possible."


popular
Roy Keane's first impression of Cristiano Ronaldo proved to be very accurate
The SportsJOE 12 o'clock quiz | Day 290
The 14 Irish players Down Under as TG4 come up with the goods once again
Lady Gaga will perform Satanic ritual during Super Bowl halftime show, according to conspiracy theorist
Joe Rogan reveals he could be parting ways with the UFC
"I kind of decided on Hill 16, 'you're either going to do this or you're not going to do this.'"
The controversial reason Conor McGregor's win over Nate Diaz was not unanimous
You may also like
2 days ago
Max Holloway appearance gave Conor McGregor a surprise before UFC 257
4 days ago
Conor McGregor mentions title outsider when quizzed on next opponent
6 days ago
Dana White teases official Khabib announcement as Georges St-Pierre makes right noises
1 week ago
Conor McGregor's new work-out regime and daily diet ahead of UFC return
2 weeks ago
Co-main event added for UFC 257 as former Bellator champ makes debut
3 weeks ago
"Winner of Dustin and Conor will fight for my belt" - Khabib Nurmagomedov
Next Page