Toss Tony Ferguson versus the winner of the Donald Cerrone fight with Justin Gaethje onto the card and you've got a winner.

Nate Diaz and Jorge Masvidal are on a collision course, and we should be in store for a cracker.

After 155 weeks away from the UFC, Nate Diaz returned at the weekend to out-class and out-point former lightweight champion Anthony Pettis. Following the victory, Diaz awarded himself the title of 'Baddest Motherf***er in the Game' and stated his intention to defend that title.

"With this belt," he declared, "I want to defend it against… Jorge Masvidal had a good last fight.

"All respect to the man, but there ain’t no gangsters in this game anymore. There ain’t nobody who does it right but me and him.

"So I know my man’s a gangster, but he ain’t no West Coast gangster." 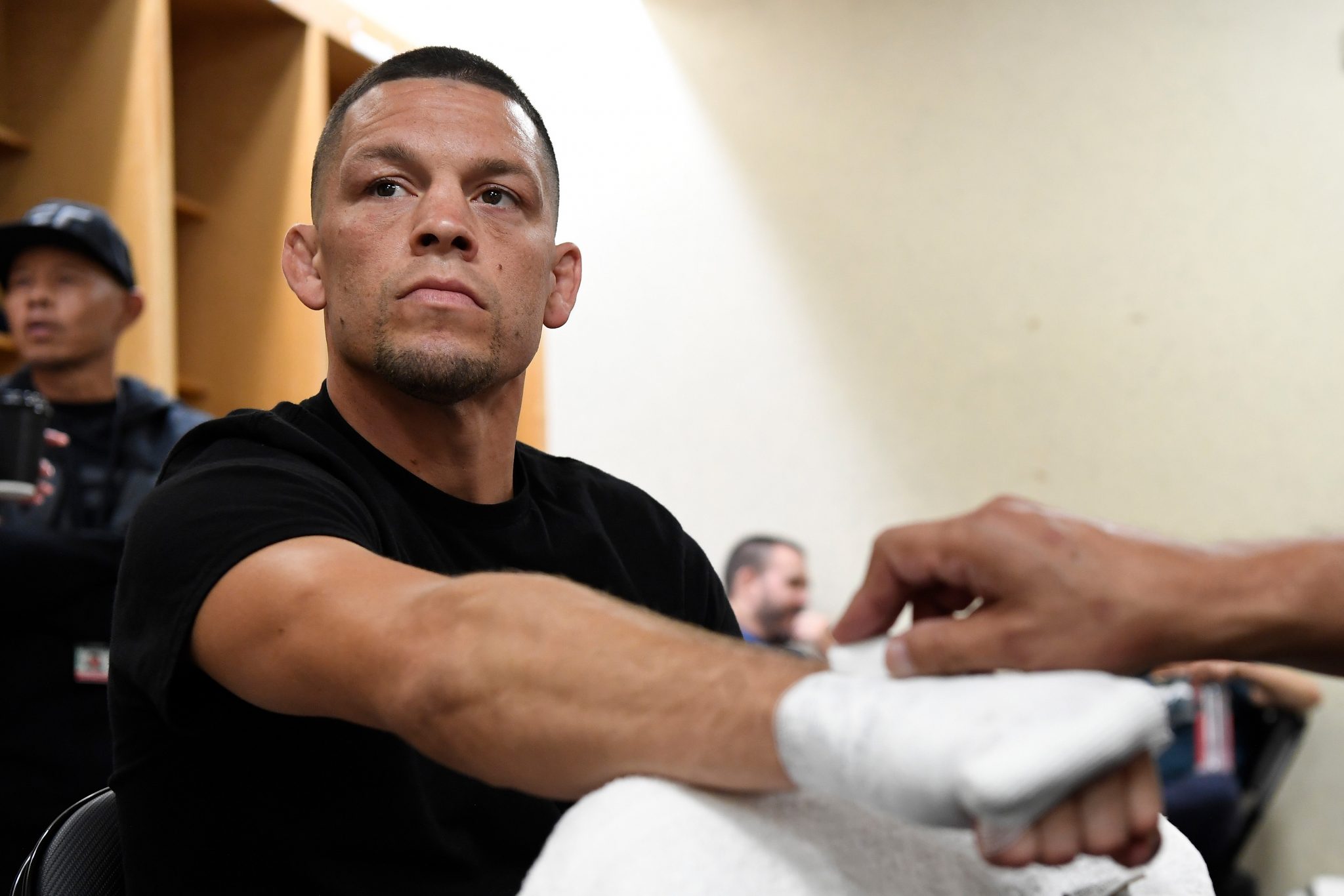 Masvidal was cage-side as the Californian made his call-out and he roared on his approval. Masvidal, who viciously knocked out Ben Askren and Darren Till in his last two bouts, posted a video to YouTube, on Tuesday, and readily accepted the Diaz challenge.

The video, entitled 'Jorge Masvidal Responds To Nate Diaz', begins with the 34-year-old playing a video arcade game before he turns to the camera. Masvidal says he is 'ready to do it' in California. He says:

"We're ready for this fight, man. We're ready. We're just negotiating it now, and let's give the fans a fight they want to see - two dogs locked in the cage, going for the jugular.

"You know that I could get hit with a baseball bat, it don't mean nothing. It's the same thing with my rival. You can hit that dude with a f***ing baseball bat to the kneecaps, he's just gonna keep coming. It's a fight that the fans want and they're gonna get, man.

END_OF_DOCUMENT_TOKEN_TO_BE_REPLACED

Asked how soon he would be ready to throw down with Diaz, Masvidal said he is prepared to go in December rather than November. That would rule out UFC 244 at Madison Square Garden, which has been mooted as the return event and venue for Conor McGregor.


popular
World Cup 2022 Day 14: All the major action and talking points
Shay Given on how far Ireland could've gone at the 2002 World Cup with Roy Keane in the team
From Ireland to Argentina: Alexis Mac Allister's Irish roots explained
Ronaldo finally reveals why he got that hideous haircut
The story behind Nate Diaz's backstage scuffle with Clay Guida's team during UFC 199
There's one notably low payout on the UFC Orlando disclosed salaries
Patrice Evra 'likes' photo of Luis Suarez in tears after World Cup exit
You may also like
2 months ago
Hasbulla signs five year deal with UFC 'worth more than many fighters'
2 months ago
UFC fighter Elias Theodorou has died, aged just 34
2 months ago
John Kavanagh and Johnny Walker kicked out of T-Mobile Arena during UFC 279 main card
2 months ago
Conor McGregor took exception to one part of Nate Diaz victory speech
2 months ago
Nate Diaz and Tony Ferguson tossed together for UFC 279 main event after wild 24 hours
3 months ago
Your guide to a huge weekend of sport and how to watch it all
Next Page