Jorge Masvidal was wrestling with the idea of going across the road to the T-Mobile Arena, on Saturday night, or scrubbing it to stay in his hotel room. He eventually opted to go see Conor McGregor take on Donald Cerrone, at UFC 246, and was not surprised by the Dubliner's rapid-fire win.

Masvidal liked McGregor's mean intentions from the start and the three shoulder blows that caused serious damage to Cerrone's face. It was "cute", he says, but such a move would not work on him.

END_OF_DOCUMENT_TOKEN_TO_BE_REPLACED

The fight world then watched on, with breath bated, for McGregor to lay down the gauntlet for his next fight. Who did 'The Notorious' really and truly want? Would it be the Khabib Nurmagomedov rematch, another tune-up against Justin Gaethje, a welterweight title shot against Kamaru Usman or a tilt against Masvidal?

When pressed on the matter by Joe Rogan, McGregor declared:

"Any one of these little mouthy fools can get it, even that little fool [Paul Felder] at the desk.

"All of them, every single one of them, it does not matter. Look at that fool [Masvidal] in his bleedin' house coat, you stupid tick." 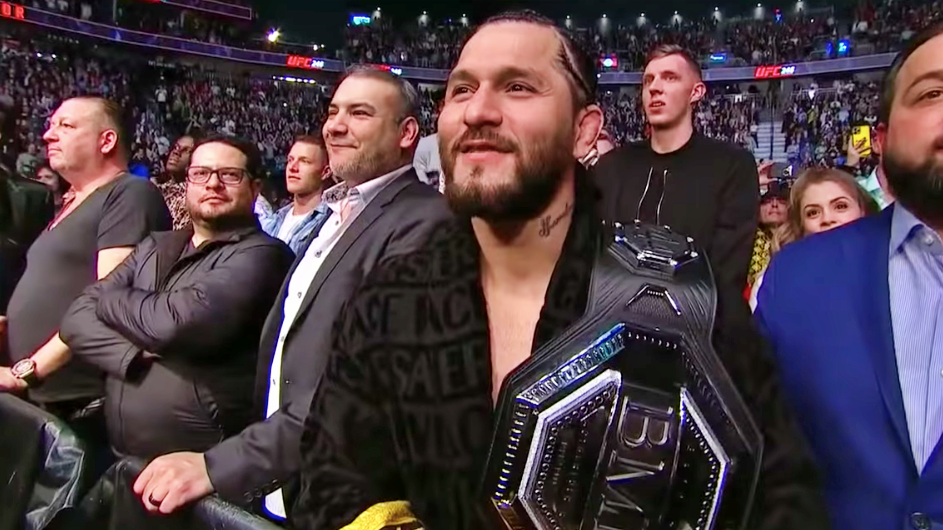 END_OF_DOCUMENT_TOKEN_TO_BE_REPLACED

Masvidal licked his lips in anticipation and elicited a big response when his face flashed on the arena's big screens. Usman yawned when the cameras switched to him and went to polishing his nails on his lapels.

On Monday, in an interview with ESPN's Ariel Helwani, Masvidal was distinctly unimpressed with McGregor's interview and is taking it as a clear sign that he wants nothing to do with him. He commented:

"I guess it's Usman's head [next]. He's sealed Usman's fate. That guy doesn't want to f***ing fight, man. Leave him be. He wants the trilogy with Nate. God bless him; let him do his thing. I could give a f***."

On McGregor's interview with Rogan, Masvidal said, "He could have cut the sickest promo of all time. He could have done a good promo but I don't think so. And personally, the tiger needs to be fed. He's in the cage. I'm getting bored already of not fighting.

END_OF_DOCUMENT_TOKEN_TO_BE_REPLACED

Usman was wearing a cast on his hand while he did media interviews in Las Vegas, last week, and Masvidal's manager Abe Kawa has suggested his fighter could take on McGregor for an interim title.

"That'd be good, too, if Conor wanted to do that," said Masvidal. "One of these two guys is gonna have to scrap with me. I'm leaning, right now, towards Usman... but if Conor wants it, we'll get it done. It won't be hard to get it done. But I'm not going to stand here and entertain bullshit. I just want to scrap.


popular
Jamie Carragher on the two Man United players Erik ten Hag can't trust
"I went up to the Italians and gave them a big auld shoulder" - Paul O'Donovan does it again
Man United have 'decided to sell' promising midfielder James Garner
Wexford Under-20 lights it up as Ferns win their first ever county title
Wexford, Waterford and Kilkenny down some good men as Australia calls
Graeme Souness under fire for calling football a ‘man’s game' while sat with Karen Carney
Graeme Souness 'doesn't regret a word' of 'man's game' comments
You may also like
1 month ago
Jorge Masvidal speaks about defending BMF title against Conor McGregor
2 months ago
Dana White reveals who Conor McGregor could fight on UFC return
2 months ago
Your guide to a great weekend of sport and how to stream it all
2 months ago
Conor McGregor says he knows his next UFC opponent and fight date
3 months ago
Commentating cage-side, Daniel Cormier missed the UFC knock-out of the year
3 months ago
Conor McGregor responds to Michael Chandler's callout after UFC 274
Next Page