UFC fans will be glad John Kavanagh made the trip over to Crumlin to convince his young pupil to fight on.

For many, Conor McGregor has been in their lives - and all over their social media - for three or fours years. For John Kavanagh, the Dubliner has been a part of his life for the best part of 11.

While McGregor is a UFC champion now, and earning millions, his journey to the top began when he entered Kavanagh's gym and took a chance on himself.

END_OF_DOCUMENT_TOKEN_TO_BE_REPLACED

Kavanagh was on the Late Late Show, to promote his recently released book 'Win or Learn', and recalled a conversation he had with a teenage McGregor that kept him from quitting what he had barely started.

While admitting McGregor was taken aback by his coach's "school-teacher" appearance when they first met, Kavanagh knew pretty quickly that he had someone special on his hands. McGregor had a background in boxing but was a novice in mixed martial arts.

"I knew from the beginning he had something different," he said. 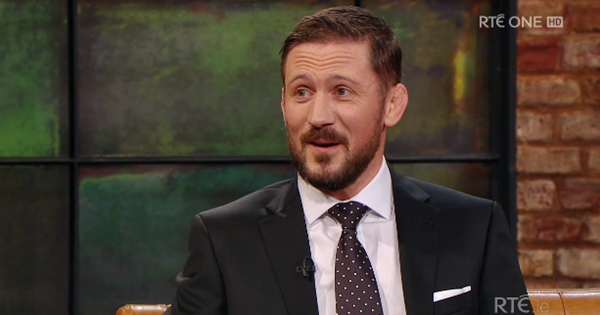 END_OF_DOCUMENT_TOKEN_TO_BE_REPLACED

However, after a positive start, McGregor became 'a little hit and miss' with his training. He went from missing the odd session to disappearing for a couple of months. The fighter's mother visited Kavanagh and asked if he could come to his house for a chat with her son.

"It was a Friday night ... We had a heart to heart. I told he could not only be a fighter but [that] I actually thought he would change the game.

McGregor showed up the next Monday morning and got to work.

He has not stopped since.


popular
Man United could be blocked from playing in the Champions League next season
Ireland team vs. France: Form players rewarded and a welcome return
French media's opinion of this Ireland team becomes clear as vital clash nears
Man United vs Leeds: Why the game won't be shown on Irish TV
Eight players to watch in tonight's Sigerson Cup semi-finals
Clive Woodward happy to 'eat humble pie' after bold comments about Ireland
"I should have been more mature" - O'Sullivan's injury trail a cautionary tale for Sigerson casualties
You may also like
1 month ago
T.J. Dillashaw: Conor McGregor is right to pull out of USADA testing pool
2 months ago
Ariel Helwani shares Paddy Pimblett WhatsApp messages as spat becomes public
2 months ago
Conor McGregor savagely hits back at Joe Rogan following PED comments
3 months ago
"There’s a new Irish superstar in town" - Young Derry fighter touted for UFC after big title win
3 months ago
Conor McGregor almost unrecognisable after shaving off iconic beard
3 months ago
Dana White confirms Conor McGregor is not in the USADA testing pool
Next Page