Jeremy Stephens on Conor McGregor - "His mom knows who I am, I have a picture with his mom"

"Who the fuck is that guy?"

Or, more accurately, "who da fook is dat guy?"

At a UFC 205 press conference in September, Stephens attempted to interject and place himself in a group of fighters who could potentially face McGregor next.

Unfortunately, he wasn't fully prepared for the war of words for which 'The Notorious' always seems to be perfectly equipped.

Stephens, who takes on Frankie Edgar at UFC 205, was scythed down in one fell swoop by McGregor and it was all anybody could talk about in the weeks that followed.

'Lil Heathen' was asked about his exchange with the Irishman at Wednesday's media day and assured reporters that McGregor certainly knows who he is. 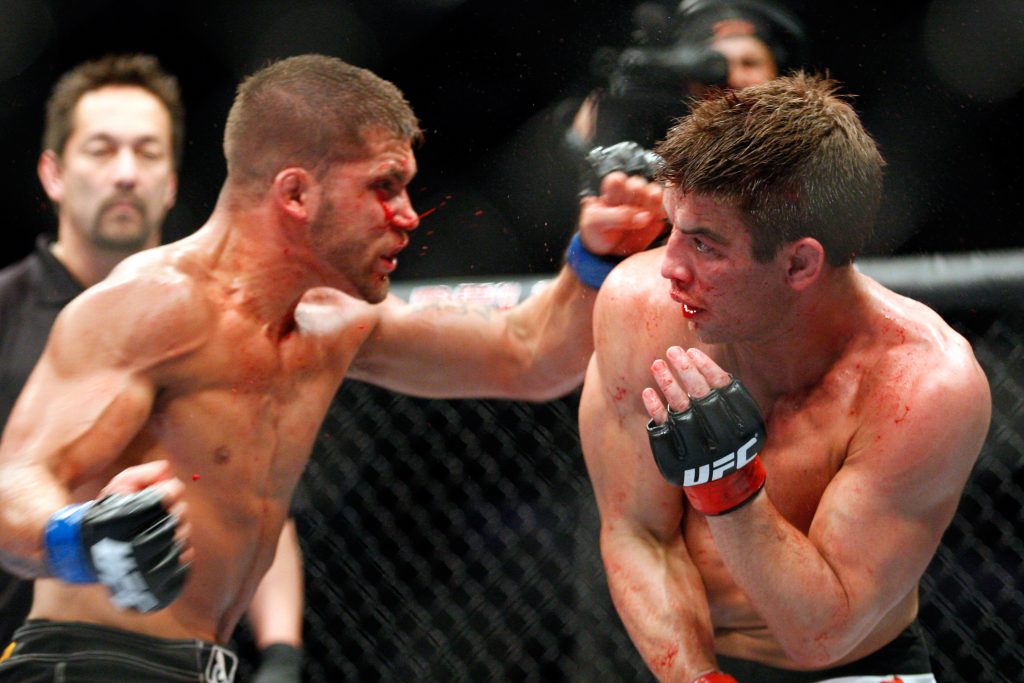 What initially appeared to be a 'Your Mam' zinger actually developed into a claim from Stephens that he had met and taken pictures with the UFC featherweight champion's family.

END_OF_DOCUMENT_TOKEN_TO_BE_REPLACED

"His mom knows who I am," Stephens told media members, via FloCombat.

"I have a picture with his mom and I met his dad so they know who I am.

"I've fought on his cards before and I've had highlight reel knockouts so he knows exactly who I am."

Stephens, 30, contended that the instantly viral jibe did not get to him and that he is not thinking about McGregor as he prepares for his clash with a former UFC lightweight champion.

"I didn't really pay attention to that," he said.

"Right after I left there, I went to training and got right to work and focused on Frankie Edgar. I'm not fighting Conor McGregor. I'm fighting Frankie Edgar, a true champion, a champion who's never backed down from anybody.

"He's tough at 135lbs, 145lbs and 155lbs and he's a nightmare match-up for a lot of guys. McNugget ran from him and I'm fighting Frankie. I'm fighting a true champion and that's exactly what I want.

"I'm fighting the real beast, one of the real guys who've put in work and that's the real money fight if you ask me."


popular
"There's times I do think I probably have let people down but in fairness, I have got good support from back home"
Goal disallowed in Dublin SFC because player wasn't wearing his gumshield
The SportsJOE 12 o'clock quiz | Day 138
The SportsJOE 12 o'clock quiz | Day 137
All hail Alexis Sanchez, the man who played Manchester United like a piano
"I was asked to be the team doctor. I thought well I'll never play senior camogie for Galway"
"That's a risk I'd be willing to take" - Byrne ready and raring for a championship
You may also like
3 weeks ago
Max Holloway's class gesture after controversial UFC 251 loss transcends the sport
2 months ago
Dana White faces more retirement questions after Garbrandt and Nunes victories
2 months ago
Justin Gaethje tells Conor McGregor to wait his turn
2 months ago
McGregor the fighter just couldn't help himself
2 months ago
"I'll go to Ireland; do what I gotta do" - Gaethje has plans for McGregor after title fight
2 months ago
Justin Gaethje demolishes Tony Ferguson to claim interim title
Next Page