It was the standout moment from the UFC London main event.

Referee Herb Dean has given his view on the controversial non-finish to Saturday night's UFC London bout between Michael Bisping and Anderson Silva.

Bisping was the winner of a unanimous decision but Silva thought he had won the fight after delivered a crushing knee that sent the Englishman crumpling to the canvas as the bell rang to end the third round. 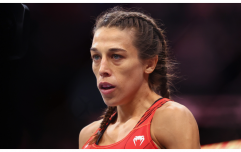 END_OF_DOCUMENT_TOKEN_TO_BE_REPLACED

The Brazilian wheeled away in celebration but Dean had not stopped the fight and had to inform 'Spider' and his corner that the contest would continue.

Dean was a guest on the MMA Hour this evening and he explained to Ariel Helwani the reasons for not calling a halt to the fight after the devastating blow from Silva.

"He [Silva] hit him with a knee and dropped him and then he walked off to celebrate," Dean said.

"In MMA, We don't stop a match just because someone gets dropped. I saw that when he fell he was not unconscious, he was facing Anderson. Anderson did got give him a threat to protect himself from, so I don't want to start playing what if - what if he'd attacked or not - but the bottom line is he didn't attack.

"The round ended but because Anderson was celebrating there was some confusion as to what was going on. I never had any confusion, I knew I hadn't stopped the match, the match was going to continue." 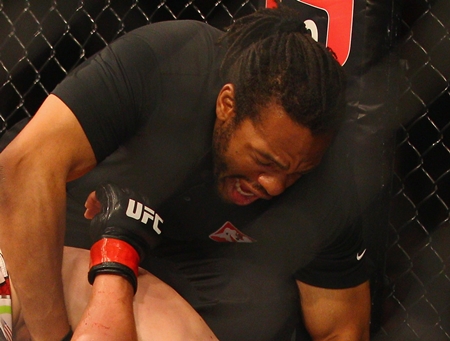 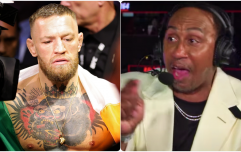 END_OF_DOCUMENT_TOKEN_TO_BE_REPLACED

Bisping himself went on to blame Dean for allowing the knee from Silva as he was signalling to replace his mouthpiece, but Dean pointed to the MMA rulebook and speculated that the Brit may not have read the fine print, as it were.

"Maybe he doesn't know the rule," Dean said. "A lot of fighters read about the fouls but don't know all the rules about the mechanics so maybe he wasn't aware of that. 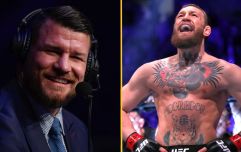 END_OF_DOCUMENT_TOKEN_TO_BE_REPLACED

"If we did that we'd have guys who were getting their bell rung spitting out their mouthpiece trying to get a little extra time.

"That instruction was given to him in the dressing-room and again before the match started. I told both fighters to protect themselves at all times and they know that is their responsibility.

"At the same time, an MMA match is very stressful and a lot of weird things happen. You do things that you look back on and think 'why did I do that?' So I don't know why he did that, but it's definitely in the rules, it's in writing that the referee is to wait for a lull in the action to replace the mouthpiece."


popular
Sean Dyche set to be named Everton manager after Marcelo Bielsa talks break down
Roy Keane flatly rejects longstanding perception of ex-Man United midfielder Paul Ince
Allianz National Football League Round 1: All the action and talking points
Roy Keane leaves ITV pundits in stitches after Pep Guardiola's pre-match interview
Conor McGregor hit by car ‘at full speed’ while cycling
RFU issue statement following backlash over decision to lower tackle height
Quiz: Identify these 15 football clubs that are not named after a place
You may also like
3 years ago
"When I got to prison, I thought, 'What the hell has happened to my life?'" - Michael Bisping
3 years ago
Michael Bisping suspicious of TJ Dillashaw's "relinquishing" of bantamweight title
4 years ago
UFC continue to hint at redesign of championship belts
4 years ago
Khabib will be delighted with Bisping prediction for Mayweather boxing match
4 years ago
Michael Bisping makes unpleasant but accurate claim about McGregor defeat
4 years ago
Dominick Cruz finally gives his side of infamous Michael Bisping bar altercation
Next Page