Floyd Mayweather must not be able to believe his luck.

He made millions by beating the world's best boxers while taking limited damage, hung up his gloves with his faculties intact and now just comes out of retirement to accept big-money bouts against fighters with no professional boxing experience.

Mayweather barely had to shift out of second gear to get the win over Conor McGregor last year and a similar routine victory is expected by most pundits should the 41-year-old welcome Khabib Nurmagomedov to the ring. 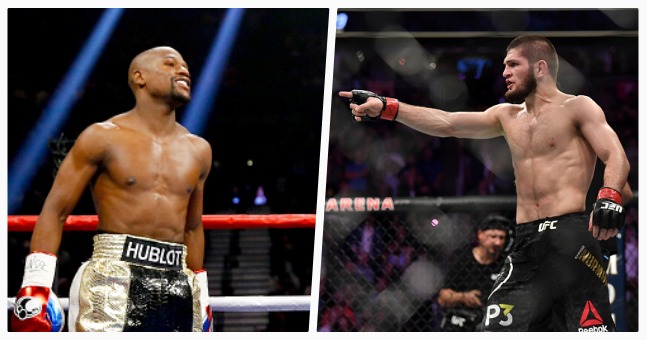 END_OF_DOCUMENT_TOKEN_TO_BE_REPLACED

Nurmagomedov is eager to follow McGregor's lead and earn a career-high payday with an ambitious attempt to blemish Mayweather's spotless professional record.

Mayweather is open to the idea of sharing the ring with Nurmagomedov under his terms after confidently declaring himself "the A-Side" of the bout.

And 'Money' is expecting to make an awful lot of his nickname when he dusts off his gloves.

"When I face Khabib, of course, I'm getting a nine-figure payday," Mayweather told TMZ.

"It will be more than the McGregor fight. Probably $100 million more, guaranteed. It could be somewhere between $110 million to $200 million guaranteed."

Khabib is an undeniable star in mixed martial arts circles, having amassed a 27-0 professional record.

But it wasn't until his UFC 229 main event opposite McGregor that his name was uttered in the mainstream.

END_OF_DOCUMENT_TOKEN_TO_BE_REPLACED

While many would argue that Nurmagomedov is not a draw, Mayweather is the king of pay-per-view and knows that being billed against the UFC lightweight champion who just dominated McGregor holds plenty of cachet among casual fight fans.

"I've seen on social media that he put that basically he'll fight but he doesn't want to fight in Vegas. Of course, we know that Vegas is the fighting capital and after the fight, you have to conduct yourself like a true professional. Not just in the ring but outside the ring also. You must conduct yourself like a professional. It was a big melee. I haven't had a chance to see it but from what I've heard, it was a crazy melee.

"Who's the A-side? He called me out so he's got to come to my world! It's always the hand game.