It's been less than a decade since European fighters were mocked for their wrestling skills and ability to compete at the highest level of MMA.

But now some of the greatest fighters in the world hail from Europe; with Conor McGregor, Khabib Nurmagomedov, Joanna Jedrzejczyk, Alexander Gustafsson and Michael Bisping all paving the way for fighters from this continent.

Until recently, Liverpool welterweight Darren Till was being touted as the next dominant force in the division and he may well prove to be just that when he rebounds from his unsuccessful shot at 170lbs gold against Tyron Woodley.

Till has never been one to shy away from a call-out and his return to social media last week raised several eyebrows as the Scouser called out McGregor for a historic fight at Anfield.

And now 'The Gorilla' has doubled down on his desire to headline the first ever UFC show at Liverpool's home ground.

"Anfield has just confirmed the rights to have boxing and music events for the first time ever," Till told Paddy Power News. 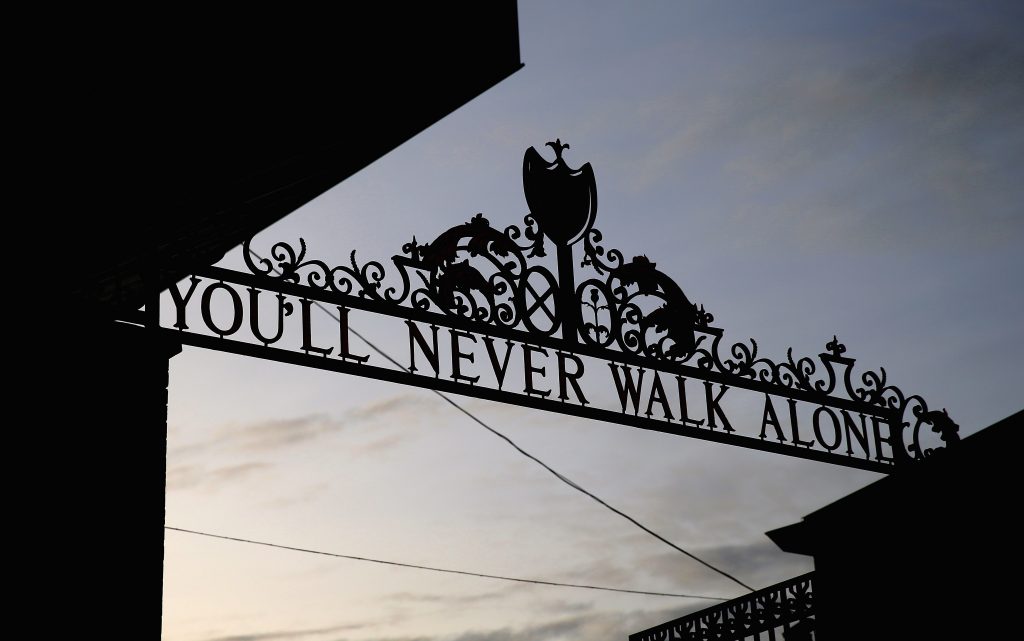 "I lost my last fight, Conor lost his. We’re both from Europe, he’s a Liverpool fan, I’m a Liverpool fan. I’ve spoken in the past about how I want to sell out a stadium in my home town. He spoke about Croke Park but I think Croke Park will be for the final fight of his career, his retirement fight.

"But until then, he’s spoken about wanting to fight for the welterweight belt and I obviously want my rematch so if I fight Conor, then the winner could potentially get a shot at the belt after Colby and Woodley fight or Woodley and Usman fight.

END_OF_DOCUMENT_TOKEN_TO_BE_REPLACED

"I’m still the number two in the division. Conor has fought at 170lbs before. Why couldn’t we get on? The two biggest stars in Europe, both experts in striking at one of the most iconic stadiums in the world.

"The site crashed when I was fighting at the Echo. It had 70,000 ticket requests. I’d sell it myself but with a powerhouse name like Conor, we’d sell that out in seconds."

McGregor has fought at welterweight on two occasions in the past but would be giving up plenty of size to Till, who is one of the larger 170lbers on the UFC roster. 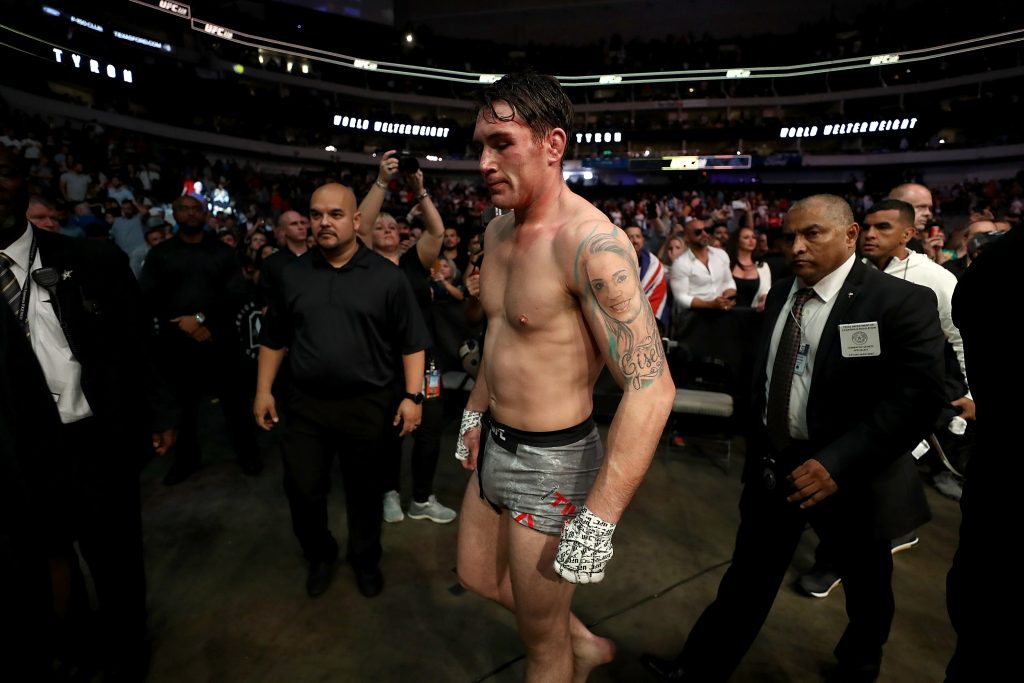 Till has previously hinted at a move up to middleweight following a couple of failed weight cuts but his coach and nutritionist seem determined to have him continue at 170lbs for at least another year.

With Till staying at welterweight and McGregor unlikely to get another immediate shot at the lightweight strap following his defeat to Khabib Nurmagomedov, who's to say Till vs. McGregor couldn't come to fruition?

Till added: "I know I’d have Conor. It’s not a question of ‘I think I’d have him’ – I know I would. What it’s about is me and him fighting in such an iconic stadium and the hype and eyes it would bring would just be unbelievable. 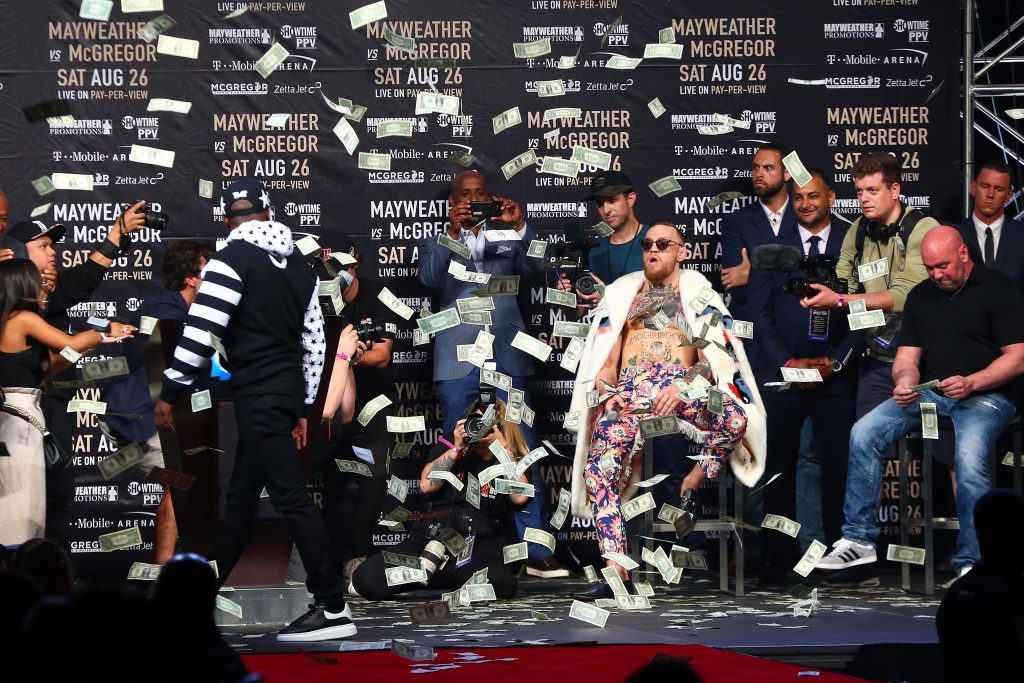 "I haven’t spoken to his camp at all, although I know them quite well. I know Owen (Roddy), I know Cian Cowley, Peter Queally, James Gallagher and I know Artem (Lobov) as well. This is just me being a straight shooter calling him out.

"I think it could happen. I see no reason why it couldn’t happen.

"McGregor’s not afraid of a fight and neither am I. He’s a man of manifestation and so am I, so why can’t we manifest it into a reality."


popular
QUIZ: How well can you remember this season's Premier League results so far?
"Anyone less belligerent would have backed down..."
Carragher pushes all the right buttons and Keane delivers in gold
Baz & Andrew's House of Rugby - Live in Dublin with Scott Fardy and Fiona Coghlan
The rest of José Mourinho's time at Spurs is only going to go one way
Jermaine Jenas' reaction to Eamon Dunphy punditry is absolutely hilarious
Guinness Pro14 Preview: Edinburgh v Connacht
You may also like
5 days ago
Conor McGregor's next fight narrowed down to two options
5 days ago
Ben Askren on getting the opportunity of a life-time... after he retired
1 week ago
Dominick Reyes handles controversial Jon Jones defeat with remarkable grace
3 weeks ago
Conor McGregor demands apology from ESPN pundit over Cerrone comments
4 weeks ago
"I saw a guy that looked like he didn't want to be there for some reason"
4 weeks ago
"Conor's definitely going to be competing before the summer" - John Kavanagh
Next Page