A certain few UFC lightweights would have something to say about this.

John Kavanagh has made a case for his man getting an immediate Conor McGregor rematch against Dustin Poirier, and he believes it should be for the vacant UFC lightweight belt.

Griping about "inactivity" in The Octagon after getting savagely stopped in the second round of his latest comeback, only to push for a title fight in four months' time. Sometimes you have to hand it to Conor McGregor.

END_OF_DOCUMENT_TOKEN_TO_BE_REPLACED

'The Notorious' appears to have fallen down the pack chasing for the 155lbs belt vacated by Khabib Nurmagomedov in October 2020. His TKO loss to Dustin Poirier, and the manner in which he was out-foxed in the bout, have some fans and pundits looking at the likes of Dan Hooker, Justin Gaethje and Nate Diaz as his next opponent, but the Dubliner and his team are aiming higher.

Considering that McGregor vs. Poirier II sold 1.6 million pay-per-views [1.2m in the USA alone], do not rule out the proposal Kavanagh put forward to Ariel Helwani on Monday. 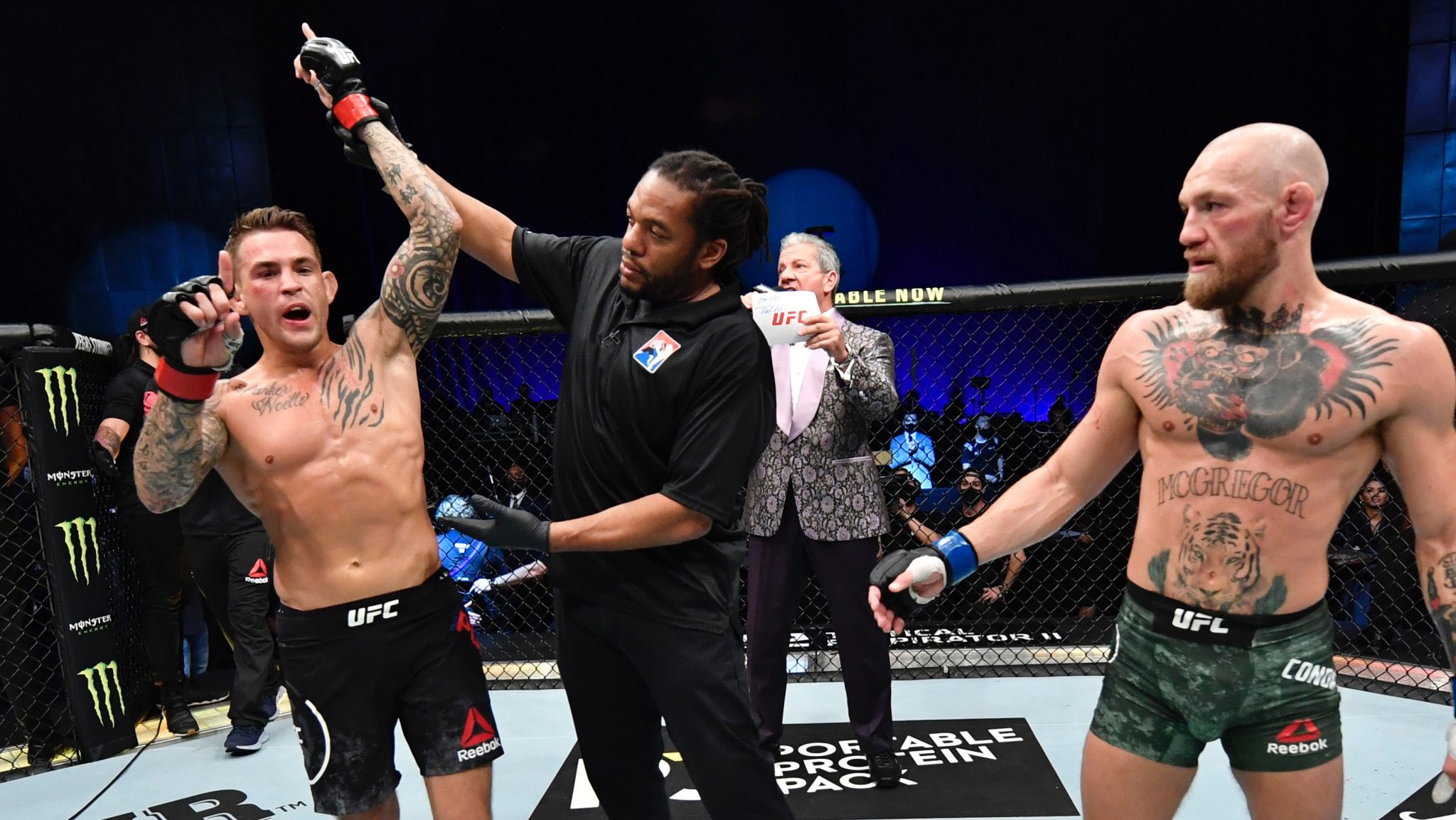 Dustin Poirier has his hand raised after his second round TKO win over Conor McGregor , who is coached by John Kavanagh, at UFC 257. (Credit: Getty Images/Zuffa)

John Kavanagh told the host of Ariel Helwani's MMA Show that, as UFC 257 was held in the morning, both he and McGregor were already studying tape of the fight the afternoon of his loss. On who comes next, he said:

"Conor is already harassing everybody to get the rematch, so we would love to rematch. I don’t think Dustin is against that. If we can get the rematch before summer, that would be amazing.

"If it’s not to be, then I guess I don’t really know. Maybe he drifts off into the boxing.

"So, if the MMA community could help me out here, get behind me, and pester the UFC to give him another fight sooner rather than later - so I don’t lose him to boxing for six months - I would appreciate it."

END_OF_DOCUMENT_TOKEN_TO_BE_REPLACED

Kavanagh pointed out that McGregor did grant the Louisiana native a rematch, so the favour will hopefully be repaid. It is worth noting that the original bout between the pair was in September 2014, so Kavanagh & Co. will be hoping Poirier is more expedient with any decision on a trilogy bout.

"I think the two of them are a beautiful match-up. Stylistically, it’s beautiful to watch. I’d love to see lots and lots of rounds between the two of them. Dustin is obviously riding high with confidence now with more experience and more weight. He took some of those shots. I’m sure his confidence is super high at the moment.

"We have to fix that technique with the leg and a couple of other things, as well, but Dustin vs. Conor 3 for the belt in maybe May, that would be amazing."

END_OF_DOCUMENT_TOKEN_TO_BE_REPLACED

Poirier himself believes that he should either be awarded the UFC title, after Nurmagomedov stated he is not coming back, but he was open to the idea of fighting Charles 'Do Bronx' Oliveira for the belt. He did not rule out the McGregor trilogy, but would also want that to be for the belt.

"F***ed me leg, ya bastard!"
McGregor and Poirier embrace after #UFC257 pic.twitter.com/QlztVwYuCD

Interestingly, John Kavanagh laid out what the McGregor camp had envisioned for the year, had he defeated Poirier at The Etihad Arena.

"If the fight had've gone our way, it would have been nice to look at Nate Diaz for, possibly, the belt in the summer. Now, things have changed."

They most certainly have.

If you were to put together a list of deserving contenders for that lightweight belt, right now, Poirier would top it with Oliveira and Gaethje vying for that other slot and Michael Chandler with a decent shout too. Next up would be McGregor.

Defeating a shot-out Diaz, at this stage, would do little to advance his case for a title shot, but a solid outing against Gaethje, Chandler, Oliveira or even Tony Ferguson would. Diaz has one UFC win to his name in the almost five years since he beat McGregor at UFC 196 so is nowhere near worthy of anything but another 'BMF' tilt.

It now depends on if money and stature talks (as it so often does in the UFC).