"If Conor wants to go past me, he has to go through me" - Justin Gaethje

In the next few weeks, Conor McGregor's next fight should become clearer.

Fresh from his first round dismantling of Donald Cerrone, at UFC 246, 'The Notorious' is staying fight ready in case the UFC 249 main event falls through. Justin Gaethje is following events closely too.

McGregor may have fought at welterweight in three of his last five UFC bouts but he is prepared to step in at lightweight should champion Khabib Nurmagomedov or Tony Ferguson fail to make it to The Octagon. That bout has hit the skids on four previous occasions so the Dubliner has notified UFC president Dana White he is ready to go, if needed.

END_OF_DOCUMENT_TOKEN_TO_BE_REPLACED

Nurmagomedov and Ferguson faced off, on Friday, ahead of their April 18 bout in Brooklyn and White - at the same press briefing - responded 'let's not even go there' when he was asked about McGregor as the back-up plan.

Everyone in the fight game has been eagerly awaiting Nurmagomedov and Ferguson going at it for years now. As much as McGregor's involvement with draw extra media attention and money, the UFC want to put this fight in their books once and for all. 'The Eagle' himself believes this is a legacy fight and he insists his sole focus is on Ferguson. 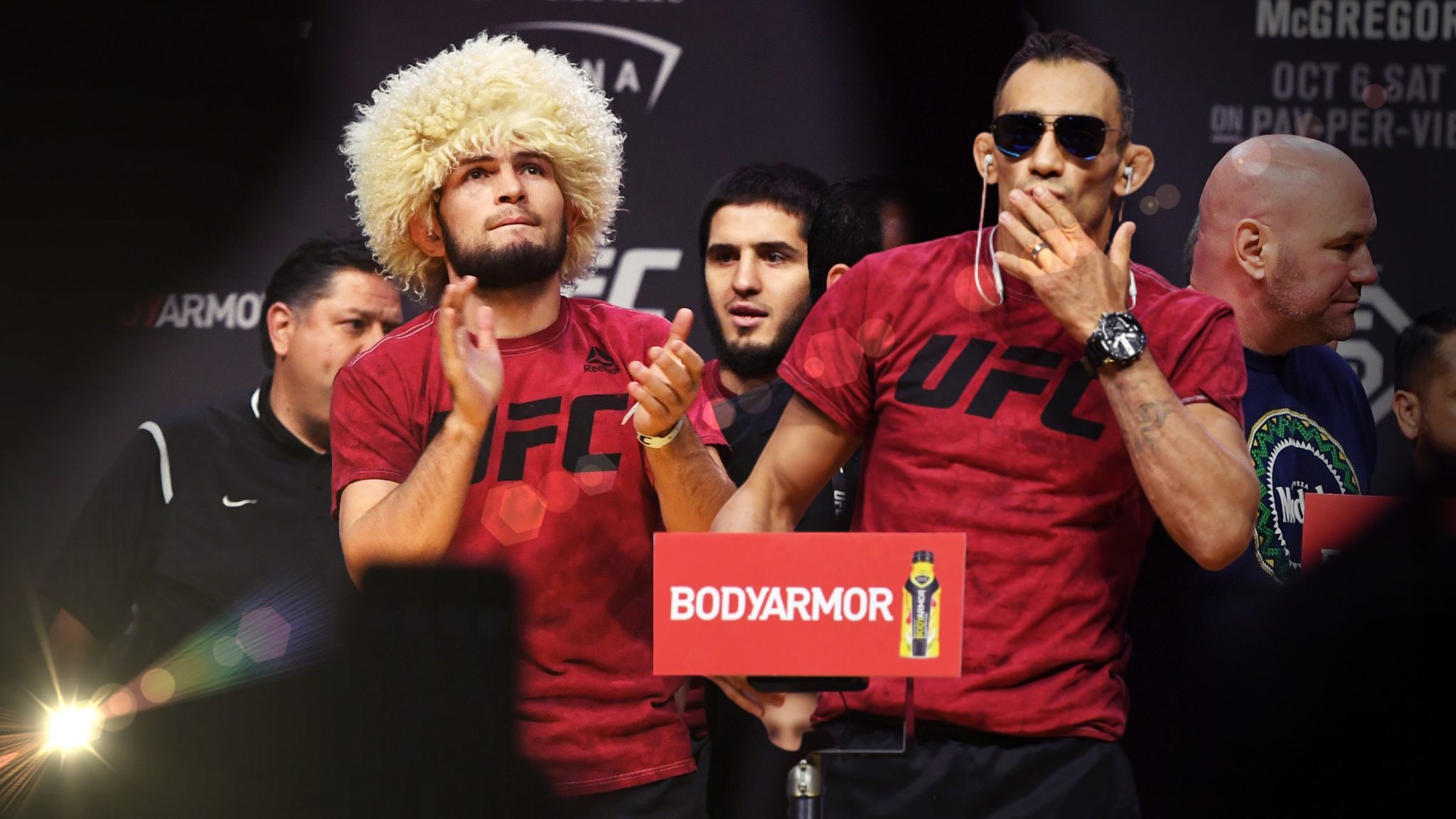 Another man that would welcome a late call-up, should anything befall Ferguson or Nurmagomedov, is Gaethje. 'The Highlight Reel' is ranked No.4 in the 155lbs division and would love a crack at the Dagestani champion should he emerge victorious from UFC 249.

END_OF_DOCUMENT_TOKEN_TO_BE_REPLACED

Gaethje would surely acknowledge himself, though, that he is one good win off demanding title shots. After all, it was not so long ago that he was losing two on the spin against Dustin Poirier and Eddie Alvarez. He has since defeated Cerrone, James Vick and Edson Barboza but his case to fight for the belt is lacking momentum [he has not fought since September 2019].

At a Dominance MMA media event in Las Vegas, on Saturday, Gaethje cut a short but effective promo regarding McGregor. He declared:

"I think I put myself in a great position to fight for a world title, to try to be the best in the world.

"If Conor wants to go past me, he has to go through me.

Should Nurmagomedov and Ferguson get through the next few weeks injury free, and both make weight, then a McGregor-Gaethje fight looks the likeliest option. At that same Dominance MMA event, welterweight champion Kamaru Usman said Jorge Masvidal was the best bet for his next title defence.

END_OF_DOCUMENT_TOKEN_TO_BE_REPLACED

As much as many fight fans would love to see McGregor face Masvidal, the stars look to be aligning for Gaethje. The only thing that may scupper those hopes would be a Nurmagomedov victory in which he comes out of the title fight relatively unscathed and ready to take on McGregor in the summer.

Asked about such a possibility at the post-UFC 248 press conference, Dana White cranked up the hype machine again.

"Conor, we’re trying to figure out if he wants to fight again or is going to wait, or what’s going to happen," White said. "So I really don’t have any answers. And you’ve got to see what happens with Khabib and Tony.

"But if that thing played out, Conor versus Khabib would be the biggest fight ever in the history of combat sports. I’m not just talking UFC. Ever. It would beat Floyd [Mayweather] versus Conor."

The added wrinkle in all this, of course, is Ali Abdelaziz. He is not only Nurmagomedov's manager but also the man looking after the interests of Gaethje.

Abdelaziz' perfect scenario would see Conor McGregor take on Justin Gaethje in the summer and the winner getting an October or November tilt with Khabib Nurmagomedov. For him, and for a hell of a lot of fight fans, that is a win-win.