Inactive fighters like Conor McGregor can't move up the rankings.

Conor McGregor could well be the P4P best fighter in the UFC, but we won't know that until he returns to the Octagon and fights some top contenders.

The promotion's biggest star hasn't fought since he knocked out Eddie Alvarez at UFC 205 in November 2016. After becoming the first fighter to hold two belts simultaneously, McGregor took some time off to await the birth of his first child, then he successfully pursued a diamond-encrusted panty night against Floyd Mayweather which is set to go down on August 26.

END_OF_DOCUMENT_TOKEN_TO_BE_REPLACED

During that period, the UFC's second biggest star, Jon Jones, returned to the Octagon and starched his greatest rival Daniel Cormier inside three rounds. With that win, Jones won his light heavyweight belt back, improved his record to 23-1 (24-0 if you don't count that DQ to Matt Hamill) and reclaimed his spot atop the P4P rankings. 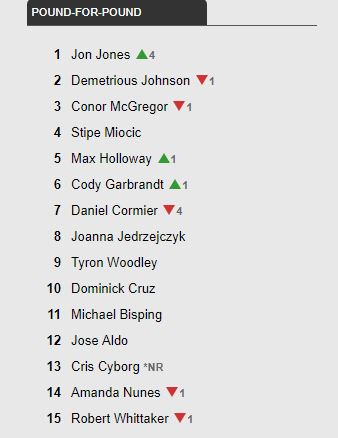 Elsewhere, Aljamain Sterling's phenomenal victory over former champion Renan Barao saw him climb to seventh in the bantamweight rankings while Brian Ortega's third round submission win over Renato Moicano saw him move up to sixth at 145 lbs. Moicano dropped one spot to #10. 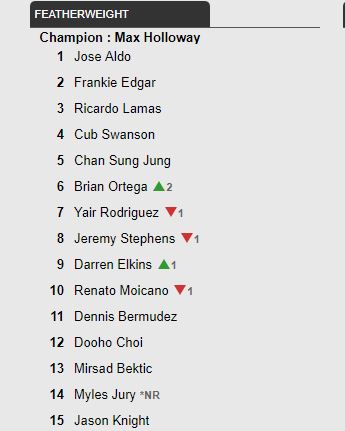 END_OF_DOCUMENT_TOKEN_TO_BE_REPLACED

The welterweight title frame is no clearer after UFC 214, mainly because of Tyron Woodley's penchant for winning. Robbie Lawler and Stephen Thompson are both tied for the number one contender spot meaning 'The Chosen One' has already beaten the top three contenders in the division. 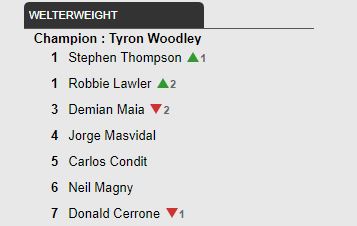 Remarkably. Volkan Oezdemir has managed to become the number-three ranked light heavyweight after just three fights in the promotion. His stunning knockout victory over Jimi Manuwa saw him trade spots with the British fighter in the rankings. 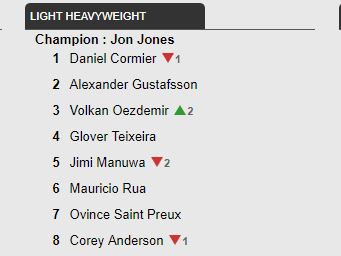 We've said it before and we're going to keep saying it until they announce Brock Lesnar or Alexander Gustaffson, but seriously, give Volkan a title shot now!