Conor McGregor has cleared up any confusion about which Premier League team he supports.

Two years ago, several Liverpool supporters were led to believe that 'The Notorious' supported their club when footage surfaced of McGregor shouting "I'm a Red. Fuck Everton!" during a night out on Merseyside.

But Manchester United fans were quick to claim the former UFC featherweight and lightweight champion by sharing photographs of a young McGregor wearing the famous United jersey.

And now McGregor has left no doubt by expressing his love for United, Roy Keane and Sir Alex Ferguson in a wide-ranging interview with Fifa.com.

"I was more a player than a watcher back then, but Manchester United was my team," McGregor revealed. "It was only the other day I came across an old picture of myself wearing that infamous grey United jersey, which I bought with my [First Holy] Communion money at eight years of age. I see my son when I look at that photo. I’d love to know where it is now. A truly ‘Notorious’ football jersey!

"I was attracted to the success and winning mentality of the club and people surrounded by United. Irish legends like Denis Irwin and Roy Keane were dedicated to their craft and had that winning mentality. Roy Keane was one of the best midfielders European football has ever seen. Opponents would be mentally beaten before they’d even stepped on to the pitch to face him. 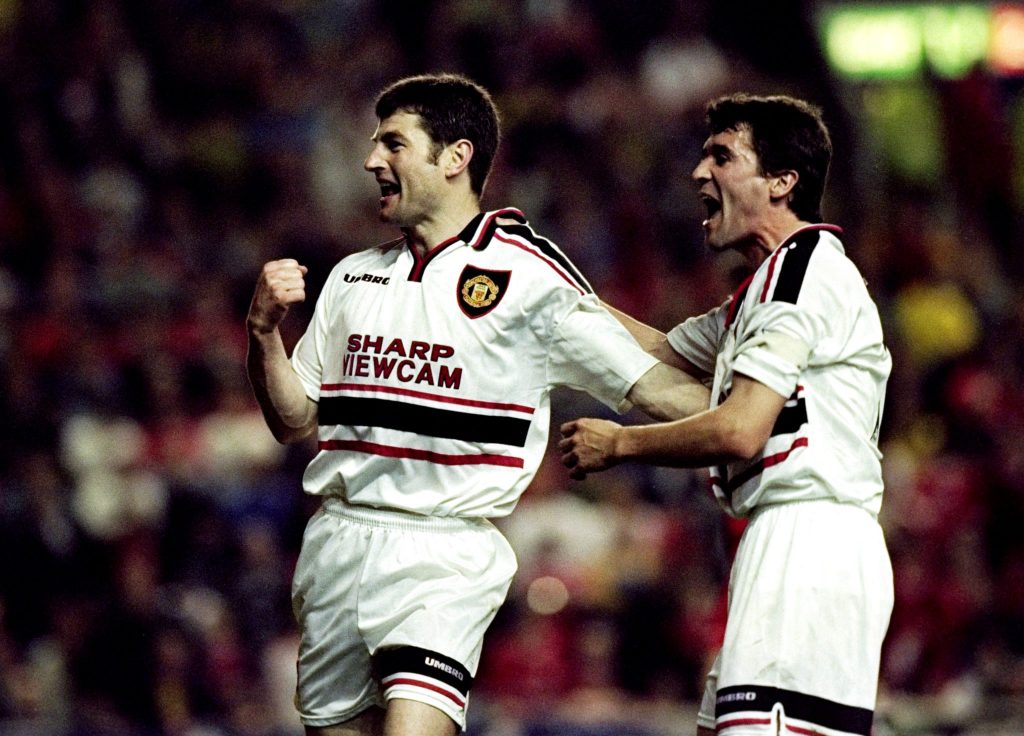 "Then they had the don of football at the helm, the legendary Sir Alex Ferguson. To have that much success over such a long period is remarkable and something I continue to aspire to. And he did it by nurturing youngsters into stars and not by spending and spending and spending like some of these other managers. It’s been great to see Sir Alex getting back to full health and continuing to be at the United games. What passion! I wish him and his family all the best."

Like all United fans, McGregor is thoroughly enjoying the turnaround in form since Ole Gunnar Solskjaer took over at Old Trafford before Christmas.

Ole Gunnar Solskjær is a special man!
The Man United Super Sub.
Player AND Manager. Insane!
You can feel the passion he has for his club and it’s history.
Beaming with pride as he vividly explains the teams amazing counter attacking ability over the years. Past and present!
Wow! 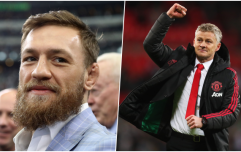 END_OF_DOCUMENT_TOKEN_TO_BE_REPLACED

Solskjaer treated supporters to a remarkable run of results after replacing Jose Mourinho in the dugout and while a couple of recent games have gone against the Red Devils, it feels inevitable that the Norwegian will be given the job on a permanent basis.

"Ole Gunnar is a special man! I think he’s done an incredible job with United," McGregor continued. They have to give him the job permanently. You can feel the pride and passion he has for the club and its history, and see the players honoured to wear the Red Devils crest under him. He’s really got the players performing. I think the same as a proud Irishman representing my home country of Ireland. Ole’s at the Wheel, tell me how good does it feel!

"Paul Pogba and Marcus Rashford have been particularly outstanding under him. They are young, confident and fearless athletes who believe in their abilities. Look at how Rashford, at 21 years old and having never taken a penalty, after a long delay and with the weight of the world on his shoulders, stepped up and scored against PSG. What a night. Keep going, men!"


popular
The SportsJOE 12 o'clock quiz | Day 137
The SportsJOE 12 o'clock quiz | Day 136
"When Sean Boylan was around, you didn’t need a psychologist or a counsellor - he did it all himself"
The daily diet of Manchester United midfielder Jesse Lingard
The diet of a modern day rugby player compared with a top jockey
James Ryan's misfortune opens Leinster and Ireland doors for Ryan Baird
COMPETITION: Answer this survey for a chance to win a fabulous stay at the Trident Hotel in Kinsale
You may also like
19 hours ago
Jadon Sancho to earn eye-watering salary at Manchester United
21 hours ago
The daily diet of Manchester United midfielder Jesse Lingard
1 week ago
"I was the monkey on his back, all the time" - How Clough handled Keane
2 weeks ago
'Cristiano Ronaldo broke David De Gea back in 2018'
3 weeks ago
Victor Lindelof is 90% perfect, but it's the rest that kills you
4 weeks ago
"Luis Suarez made a big mistake and we, as a club, got it wrong" - Jamie Carragher
Next Page