Bob Sapp's next fight may actually be against a bear

Bob Sapp, you've done it again... although we've yet to figure out exactly what 'it' is.

You would be hard pressed trying to find another MMA fighter quite like Bob Sapp.

It's not unusual for fighters to gain cult status despite their losses, but Sapp has managed to garner a lot of attention because of his losses. He's had numerous defeats throughout his surprisingly lengthy MMA career, but it's the manner in which he comes up short that gets all the folks talking.

He looks like a huge monster that could crush your skull between his pinky and his thumb, but the key to beating him is simple. All you have to do is touch him. It doesn't haven't to be a powerful blow, the technique doesn't have to be perfect, but if you manage to hit Sapp with any strike at all, more often than not, he crumbles. 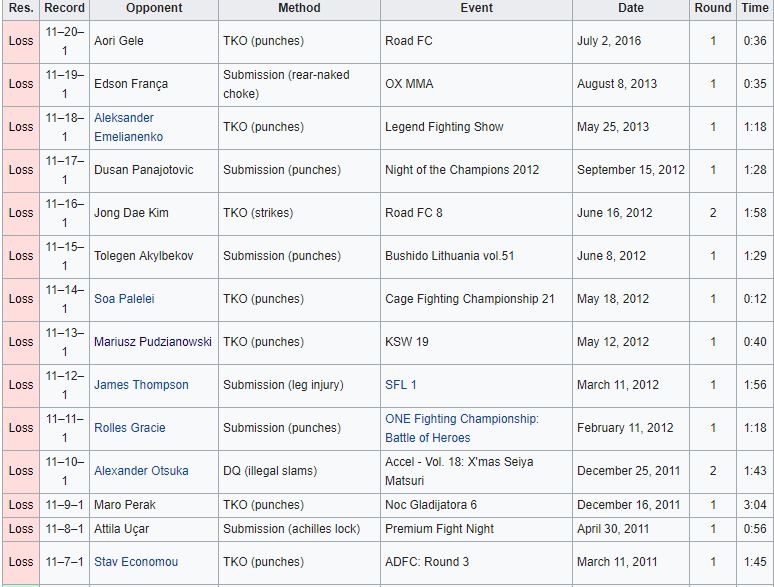 Slumping to 14-straight losses isn't a great look, but it hasn't stopped MMA promotions, mostly in Asia, from booking him.

It looks like his next bout will take place under the Kyokugen banner, a Japanese promotion, on New Year's Eve. Remarkably, it appears as though his opponent has been named as an actual wild bear.

Was looking up KYOKUGEN 2017.... and discovered that Bob Sapp is going against a wild bear on NYE in Japan. No details on the competition. 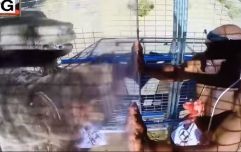 Bob Sapp actually took on a bear and was comfortably beaten

END_OF_DOCUMENT_TOKEN_TO_BE_REPLACED

While Peta members around the globe rage themselves into a fury over this man vs beast freakshow fight, take a look at this weird-looking promo for the event that will only add to the confusion.

You think this would be animal cruelty until you realise the probability of Sapp coming up short in this contest. Put all your money on the bear, Sapp is really that terrible at fighting.


popular
You'll have to be a diehard fan to get 20/20 in this Liverpool players of the 90s quiz
Wayne Rooney story about Memphis Depay shows why he failed at Manchester United
QUIZ: You have 30 seconds to answer this one tricky football question
The SportsJOE 12 o'clock quiz | Day 288
SportsJOE 2000s Football Quiz | Round 11
In defeat, Jerry Kelly dies with his boots on in coming of age final display
Lady Gaga will perform Satanic ritual during Super Bowl halftime show, according to conspiracy theorist
You may also like
4 years ago
WATCH: Bob Sapp returns to MMA after three years with typical performance
4 years ago
WATCH: Russian promotion produces one of the worst dives in MMA history
7 months ago
Dana White faces more retirement questions after Garbrandt and Nunes victories
7 months ago
Justin Gaethje tells Conor McGregor to wait his turn
8 months ago
McGregor the fighter just couldn't help himself
8 months ago
"I'll go to Ireland; do what I gotta do" - Gaethje has plans for McGregor after title fight
Next Page