Anderson Silva has claimed that Conor McGregor is afraid to lose to him.

Silva is clearly chasing a red panty night before he hangs up his gloves as he has recently upped his attempts to convince 'The Notorious' to agree to an unexpected super-fight.

McGregor identified Silva as a potential opponent prior to his UFC 229 defeat to Khabib Nurmagomedov and the Brazilian has pounced on that, well aware of the payday that comes with sharing the Octagon with the Irishman.

END_OF_DOCUMENT_TOKEN_TO_BE_REPLACED

Silva's coach has previously revealed that the bout would have to take place at a maximum catchweight of 179lbs because the former UFC middleweight champion could not possibly get any lower, while Silva himself is hoping for the fight to be contested at 180lbs.

McGregor would be giving up plenty of size should the fight actually come to fruition as he walks around roughly 30lbs lighter than 'The Spider'. 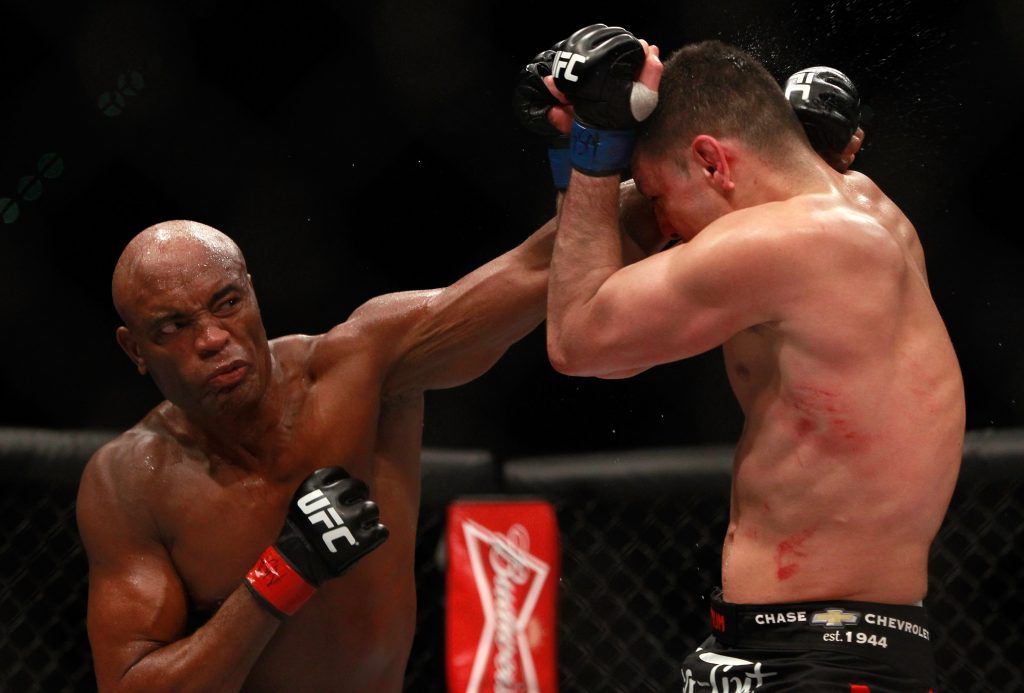 "You know what would be another great one? Anderson Silva." Conor McGregor told ESPN last month. "I would be interested in an Anderson Silva bout. I swear to God. Anderson is a legend in the game. What’s the difference between him and Georges (St-Pierre)? Same damn thing. I’m going to do fights that interest me or have meaning."

END_OF_DOCUMENT_TOKEN_TO_BE_REPLACED

It didn't take long for Silva, who hasn't fought since his victory over Derek Brunson last year, to accept McGregor's challenge and the 43-year-old is now doing his utmost to turn the bout from dream to reality.

"I’m waiting for the UFC about my next fight, and I’m training hard," Silva said on Instagram, as transcribed by MMA Fighting. "I accepted the challenge (from) Conor McGregor, but never (discussed) about this fight (with the UFC). But I’m ready, guys. I’m here, I’m training every day. I never lose my focus. I’m waiting for my next challenge."

Silva added that he believes McGregor "is afraid to lose, supposedly, to an old man, but I’m here."


popular
Cristiano Ronaldo 'agrees £173m-a-year deal' with Saudi club
"Nowadays, even if I don't hit a ball, I don't care as long as we win" - Gleeson learning from the past
World Cup 2022 Day 11: All the major action and talking points
Argentina reach World Cup last-16 with convincing win over Poland
Thibaut Courtois warns teammates after leaks emerge from Belgium camp
Damien Duff makes 'brutally honest' England World Cup prediction after Wales win
The FootballJOE Qatar World Cup 2022 Geography Quiz
You may also like
2 months ago
Hasbulla signs five year deal with UFC 'worth more than many fighters'
2 months ago
UFC fighter Elias Theodorou has died, aged just 34
2 months ago
John Kavanagh and Johnny Walker kicked out of T-Mobile Arena during UFC 279 main card
2 months ago
Conor McGregor took exception to one part of Nate Diaz victory speech
2 months ago
Nate Diaz and Tony Ferguson tossed together for UFC 279 main event after wild 24 hours
3 months ago
Your guide to a huge weekend of sport and how to watch it all
Next Page