Although she had the "best experience of her life" at UFC Dublin, Aisling Daly revealed that watching Paddy Holohan lose was tough to take.

Any fears that Ais "the Bash" had fallen into obscurity after being snubbed for last year's Dublin card were quickly put to bed with her soul-stirring walkout at UFC Fight Night 76.

As soon as the intro to The Cranberries' classic "Zombie" blared throughout the 3 Arena and the impassioned crowd erupted, it became clear that this would be a very special occasion for the Irish MMA pioneer.

"Honestly, I was gobsmacked," Daly said to SportsJOE of the incredible reception she received.

"It was the best experience of my life to see all those people singing along. To feel their support and their emotion because that was such a poignant moment that everybody had their own reasons for singing along with passion and it was just phenomenal."

"I'll take that to the grave with me. I'll be sitting down with my grandchildren to tell them for the 50th time how Granny Daly made the walk into the 3 Arena." 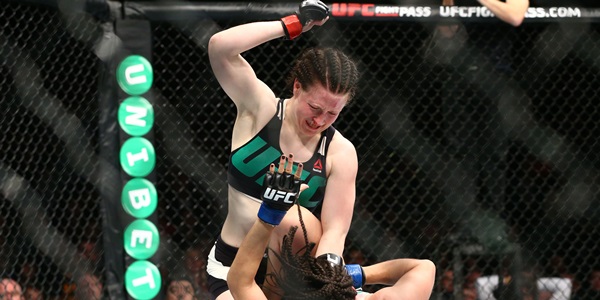 Daly scored a dominant decision victory over Ericka Almeida in her Dublin Octagon debut. However, this marked the only win for SBG fighters on the card with Cathal Pendred and Paddy Holohan getting finished early in their respective fights.

She admitted that the joy she felt from her stunning performance dissipated when she witnessed her friend and training partner Holohan get submitted by Louis Smolka in the headline bout.

"Honestly, I was heartbroken. I was just sitting in the green room crying. How happy I felt with my own performance was completely overwhelmed by seeing someone that I care so much about get beaten like that."

END_OF_DOCUMENT_TOKEN_TO_BE_REPLACED

After the fight, Cub Swanson took a swipe at "the Hooligan" on Twitter. Swanson, who has exchanged heated words with Conor McGregor online in the past, called Holohan "cocky" and "rude" and declared his pleasure in seeing him get "served some humble pie" at the hands of Smolka.

Daly feels that Swanson overstepped the mark by kicking Holohan when he was down. She reckons that his comments were not true and were just a way for the UFC featherweight to score some points on McGregor.

"Basically just telling lies. Paddy's such a humble guy. I know Cub Swanson had a really awful tweet. It was just completely factually inaccurate. He just doesn't deserve that when it takes so much effort, time and dedication to get in there and fight in the first place then somebody sticks the knife in and turn it when you're already at a low point. I just think it's horrible."

"I think that it was 100% fueled by the rivalry with Conor (McGregor). People will always look to find a way to get back at somebody so it was a way to take a dig at Conor by taking a dig at Paddy."

"I know it's the nature of the game but sometimes I think there's a boundary that gets overstepped and it becomes more personal than professional."

Daly revealed that she is injury free after her stellar win in Dublin and that she is eyeing up a slot on the London card in February. She added that she is willing to fight anyone in the strawweight division, and she is looking forward to taking some time to perfect certain aspects of her game before stepping inside the Octagon again. 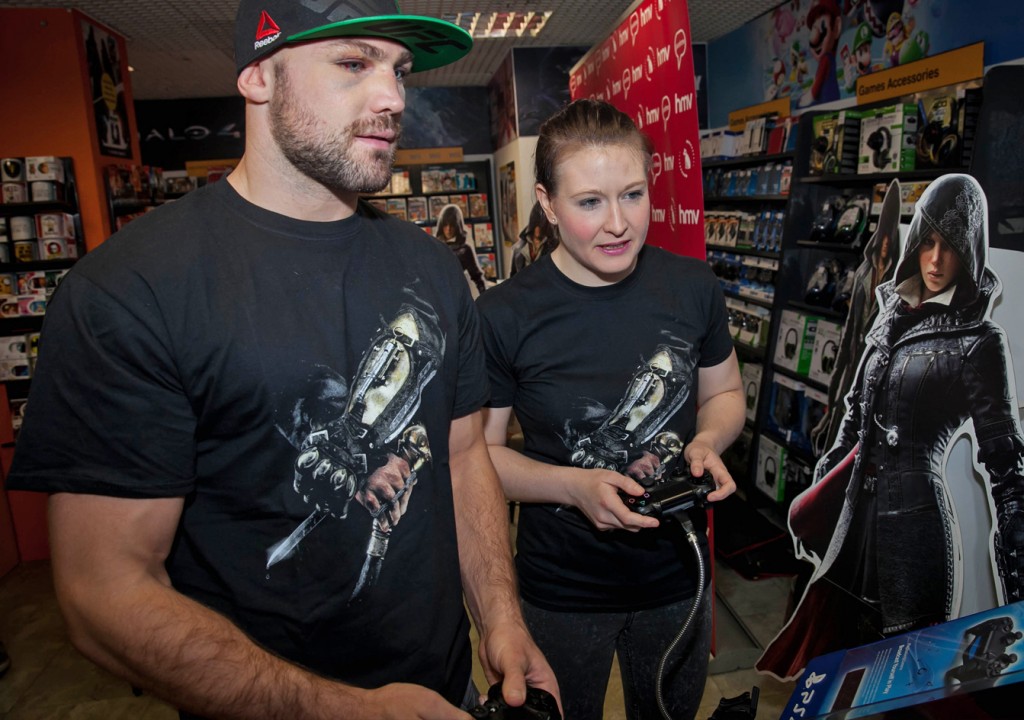