"He’s been doing it to you his whole career and you don’t even know it."

Tiger Woods used several mind games to disrupt Phil Mickelson when they were paired together during golf tournaments, according to a new biography of Mickelson.

The American golfers were two of the most talented and successful players of their generation and longtime rivals. Woods is the more successful of the pair, with 15 major victories and 82 wins on the PGA Tour, compared to six major wins and 45 PGA Tour victories for Mickelson.

However, Woods never took the challenge of Mickelson lightly, as revealed by his mind games and methods of distracting his rival. 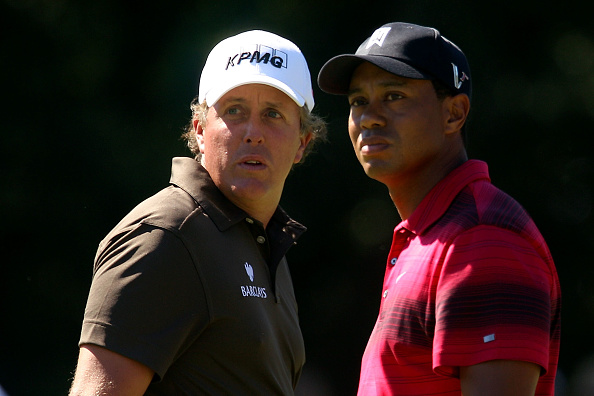 Phil: The Rip-Roaring (and Unauthorized!) Biography of Golf’s Most Colourful Superstar, a new book about Mickelson by Alan Shipnuck details the rivalry between the pair.

1. Woods always tried to putt first so that the crowd would start moving to the next tee while Mickelson was putting.

2. He would linger behind the green and let Phil walk up to the tee box first, so when Tiger arrived, his playing partner would have to listen to the roar.

3. On holes when he was between 3-wood or driver, Woods would choose less club so he could fart around in the fairway and make Mickelson watch him hit what would inevitably be a laser-like approach.

4. If Phil was amped up and moving fast, Tiger would slow his walk and pace of play; if Mickelson had a more leisurely vibe, Woods sped up his gait and routine. Either way, the goal was to try to upset his adversary’s rhythm.

"He’s been doing it to you his whole career and you don’t even know it," Harmon told Mickelson. 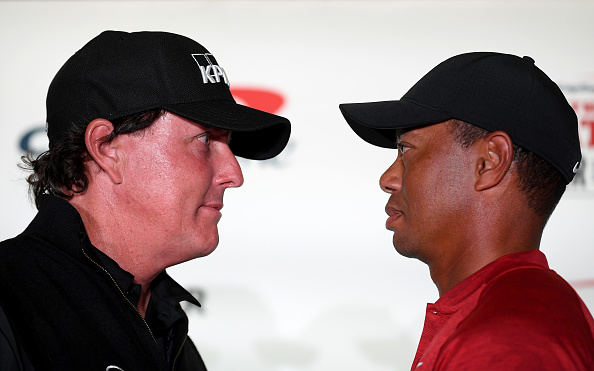 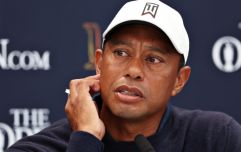 END_OF_DOCUMENT_TOKEN_TO_BE_REPLACED

Mickelson spent a large portion of his career as the number two ranked golfer in the world behind Woods. In total, the 52-year-old was ranked second in the world for 270 weeks.

The California golfer said that he was often 'intimidating' competing against Woods and that he has often wondered how his career would have panned out if his rival had never come along and dominated the sport.

"It's been an incredible opportunity for me to play my career against him, but also been incredibly difficult," Mickelson said in 2018.

"I oftentimes wonder what my career would be had he not come along, and I think it could go either way.

"He's brought out the best of me at times, and it's also been very intimidating and difficult to compete against his level of play." 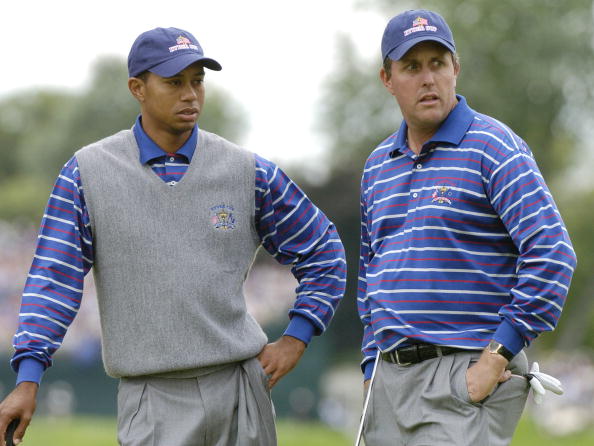 Mickelson, however, is in no doubt about Woods' standing in the game, calling the 15-time major winner the 'greatest of all time.'

"I've seen him do things with a golf ball that's never been done," Mickelson said.

"The performance in the 2000 US Open at Pebble Beach is the single greatest performance in the history of the game golf, and possibly all of sports. He continued to play at that level for a number of years. The greatest of all time is an easy slogan for me with Tiger."

Woods, meanwhile, dubbed his rival 'one of the greatest players that ever picked up a golf club', which suggests that the animosity between the pair has cooled over the years.