Tiger Woods must be stuck for a few bob or else is intent on giving up the golf life totally. The 14-time Major winner has announced details of a new partnership with Donald Trump to design a golf-course in the Middle East.

The golfer is set to open his first course design in Mexico before the end of 2014, and has now revealed his next project will be with the multi-billionaire in Dubai. 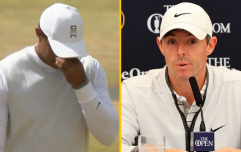 END_OF_DOCUMENT_TOKEN_TO_BE_REPLACED

The course will be set within the rather oddly titled Akoya Oxygen, a 55-million square foot community and will be managed by 'The Donald'  himself.

In a statement on his own website, Woods is quoted as saying 'I've been fortunate to play great golf courses all over the globe, from the original links courses in Scotland to the famous parkland courses in America and the distinctive layouts of the sand-belt of Australia.

'I hope to bring elements of those great courses and others to the Trump World Golf Club, Dubai with the end result being a course that golfers will want to play again and again.' 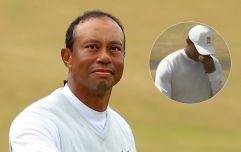 END_OF_DOCUMENT_TOKEN_TO_BE_REPLACED

The course will be open by 2017 so if anyone from Trump's office fancies flying SportsJOE out for the launch then we might be able to clear a space in our diary.

It also has got us thinking what Mr Woods might look like if he was to go to the same barber as Donald. 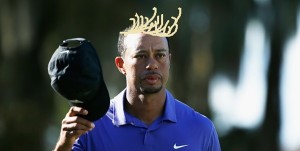 
popular
“Players flourished when Roy Keane left” - Rio Ferdinand on why Keane was a 'detriment' to Man United
Specsavers troll former Liverpool star for Darwin Nunez headbutt claim
Man United considering loan move for Christian Pulisic
"I went up to the Italians and gave them a big auld shoulder" - Paul O'Donovan does it again
The FootballJOE Pub Quiz: Week 50
"To be able to call myself the fastest man in Irish history is just amazing" - Olatunde overjoyed after record-breaking run
The moment Israel Olatunde realised he qualified for the Euro 100m final is what it's all about
You may also like
1 month ago
The Tiger Woods mind games used to disrupt Phil Mickelson revealed
2 months ago
Novel suggestion to save PGA Tour would give Rory McIlroy his fifth major
2 months ago
Tiger Woods rejected nearly $1billion to join rebel Saudi golf tour
2 months ago
Rory McIlroy in awe of "unbelievable" Tiger Woods but better off without him
2 months ago
Rory McIlroy response to doubters on his final hole was such a relief
4 months ago
Tiger Woods reveals when he plans to play in another major
Next Page