"I hate, at the minute, how divisive golf is."

Shane Lowry is back to winning ways, after a superb performance at the BMW PGA Championship, at Wentworth, but he is keenly aware of the shifting sands professional golf is on, right now.

LIV Golf has taken many top golfers, and many more familiar but fading forces, to its rebel tour, in the past five months, and more disruption must be expected as we head into 2023.

END_OF_DOCUMENT_TOKEN_TO_BE_REPLACED

Lowry, on more than one occasion, has let it be known that he is committed to the PGA Tour and the DP World Tour, and is not for turning. He believes 'golf could be in trouble' by another tour being set up and pinching talents in an enterprise that Amnesty International UK is nothing more than sports-washing for the gulf kingdom of Saudi Arabia.

Lowry is pleased to see the DP World Tour align itself more closely with the PGA Tour, allowing more golfers from the mainly US-based tour to participate in their big events and the PGA Tour, in kind, opening itself up to more golfers from the old European Tour to do likewise. The Scottish Open is already a joint DP and PGA Tour event, and a tournament like the Irish Open may soon get that status, too.

The Offaly native told No Laying Up he was 'worried for the European tour' when he witnessed the big moves LIV Golf was making. "Personally, I'm happy the DP World Tour has aligned more with the PGA Tour," he said.

"It's good for me, selfishly, but I think it is good for golf, as well. With the support of the PGA Tour, the DP World Tour can become stronger.

"The issue that some people may have is that LIV Golf is throwing around so much money that people feel the DP Tour should have taken it as a quick fix... I was in that [leading players] meeting in Delaware and I was conscious of saying, 'Lads, we need to do what's right for golf, not just what's right for us, because we're not always going to be there, but golf is'." 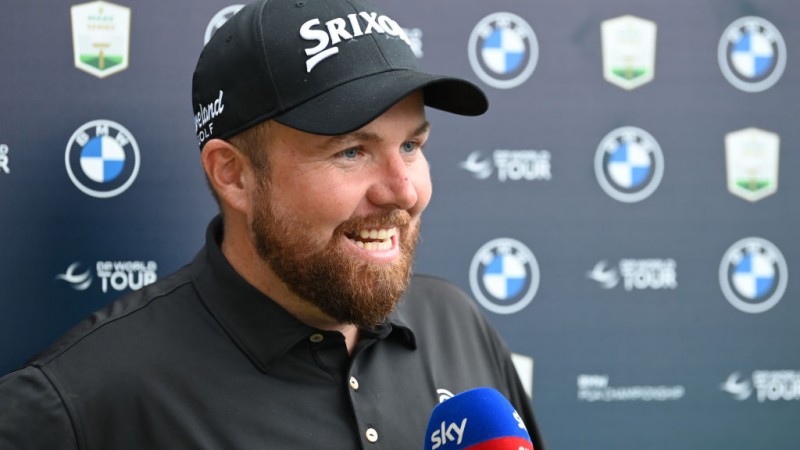 During his interview with No Laying Up, Shane Lowry said that it is 'not my God-given right to go off and join something that could bury' the PGA and DP World Tours. He feels it is his duty to hold his place there and give it up to the next golfer up 'when it is my time to sail off into the sunset'.

END_OF_DOCUMENT_TOKEN_TO_BE_REPLACED

His main goal was always getting to the PGA Tour but he 'will always go back and support the DP World Tour, when I can'. The 35-year-old says he does not play the game for money but he understands why some fellow professionals may be tempted to go to LIV, where winning a regular event will bag the winner at least $4 million.

"My wife said to me," Lowry recalled, "'Shano, all that money is never going to make you happy. What will make you happy is competing at the highest level'."

The 2019 Open champion certainly does not regret chasing the LIV money, but he does rue a comment he made, back in January of this year, when he said he was 'happy to go' and compete at the Saudi International. Asked about playing in a kingdom that has questionable human rights issues, Lowry had told reporters, "I'm not a politician. I'm a professional golfer."

Nine months on and Lowry admits he 'misjudged the room' and says he will not play the event next year.

"I absolutely understand [the backlash]. When I said it, I was like, 'Why did I say that?' It was the wrong thing to say. The thing is I played the Saudi International for the last three years. So, for me, I would have been very hypocritical if I sat here and said, 'It's about where the money is coming from'. I just think it is bad for the game. That's how I feel about it.

"Will I go back and play the Saudi International next year? No, but I do think the LIV tour is bad for the game because it is very divisive." 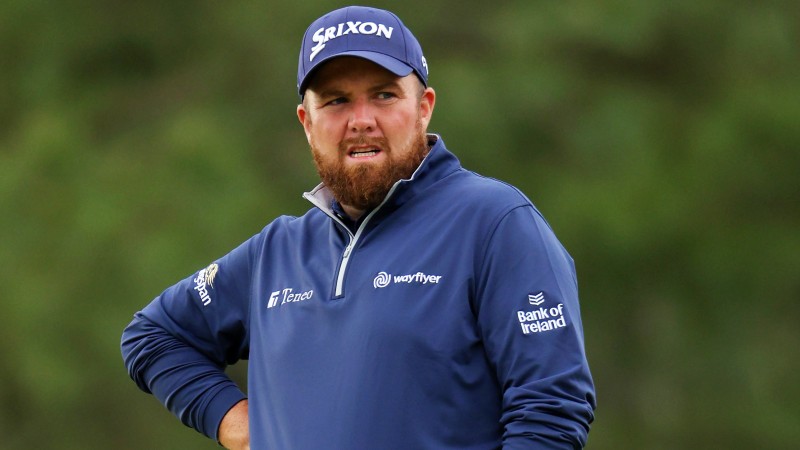 Shane Lowry rose to 19th in the world rankings with his latest victory, at Wentworth. (Photo by Andrew Redington/Getty Images)

The first time Shane Lowry teed up at the Saudi International, in 2020. He played the event three years in a row, finishing in ties for 13th, 27th and 14th.

Lowry would have picked up around €120,000 in prize money for those finishes, but he was also compensated in sizeable appearance fees.

"The reason I went to play there was I had just won the Open in 2019," he explained. "I signed a deal to go play there for three years, when it was a European Tour event. Abu Dhabi, Dubai and Saudi Arabia, they're all beside each other. And I used to play the three of those at the start of the year, then I'd go and play in America.

"For me, at the time, and maybe I was wrong to think it, but I thought, 'Yeah, that's fine I'll do that'. And there's no doubt about it, I say I don't play the game for money but I was getting well looked after for going there. That's the reason I went, but it was a European Tour event as well, and you're thinking about Ryder Cup points, and stuff like that.

"Maybe I misjudged the room when I did that. I definitely felt that this year when I was going there, that I was not one of the better loved golfers in the world, at the time, but I had to fulfil the contract and I went."

The DP Tour rolled from the Italian Open, last week, to the French Open then to Scotland for the Alfred Dunhill Links Championship. There is a Spain and Portugal swing in October before a brief visit to South Africa before the DP World Tour Championship in Dubai, United Arab Emirates, from November 17-20.

You can listen to that full interview with Shane Lowry here.


popular
Ireland team to play Wales: Andy Farrell's XV, the big calls and bold cuts
Roy Keane reminds everyone of his feelings towards Newcastle United ahead of cup final against Man United
Ireland's self destructive mentality kills Croke Park fight for Katie Taylor
Even Roy Keane felt Michael Dawson went too far with his remark to Tom Heaton
Everton release brutal 59-word statement to confirm Anthony Gordon departure
True beauty of Fitzgibbon and Sigerson Cups lies in the hearts of weaker counties
"Every team did it!" - Paul O'Connell on Roy Keane comment to Ronan O'Gara that he couldn't deny
You may also like
1 month ago
GAA officially the most popular sport in Ireland again
3 months ago
Ian Poulter fires back after Rory McIlroy comments on Ryder Cup "betrayal"
3 months ago
Shane Lowry on his Tuesday duels with Rory McIlroy at The Bear's Club
4 months ago
Cameron Smith refuses to answer disrespectful question about Rory McIlroy
4 months ago
Shane Lowry was nothing but gracious when asked about Queen Elizabeth II, after Wentworth triumph
4 months ago
"You've won enough!" - Shane Lowry and Rory McIlroy embrace after Wentworth nerve-shredder
Next Page