Anyone who has seen Phil Mickelson out and about will get the impression he's a lovely guy.

There's something about him, a big smile and an all round family guy.

So when it was announced that Mickelson would split with his caddy Jim 'Bones' MacKay after a 25-year partnership it was a shock, to say the least.

Of the split, Mickelson said on Golf Channel:

“It was just the right time in that we were hopeful that the U.S. Open would be our last event because it was where we started 25 years ago to the tournament back in 1992 at Pebble Beach, that was our first event.

“It was just time for us to do something else.”

Every cloud has a silver lining however and the man on the bag for the five-time major winner will be Mickelson’s brother Tim. 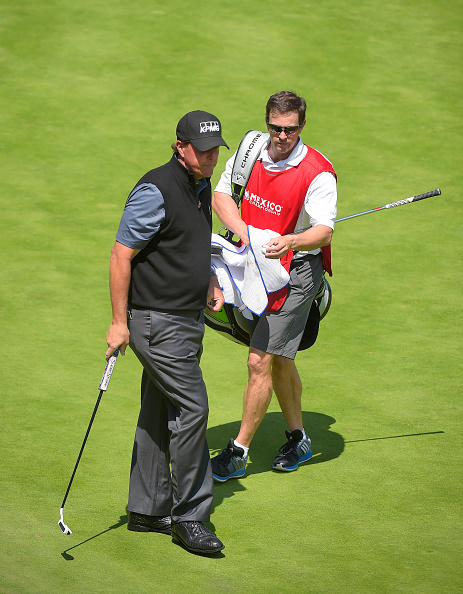 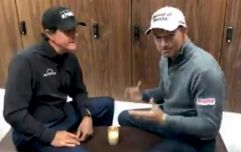 END_OF_DOCUMENT_TOKEN_TO_BE_REPLACED

“It gives me an opportunity to spend time with somebody that I’ve really missed these five and a half years.

“My brother is somebody that I absolutely love and respect and look up to and I’ve missed him these last five and a half years when he’s been to coach in Arizona State.

“Now that he’s been managing Jon Rahm, we’ve spent a lot more time together but I’m really looking forward to spending the rest of the year with him on the bag and sharing those moments.”


popular
The SportsJOE 12 o'clock quiz | Day 109
QUIZ: Name every player that's scored three or more Premier League hat-tricks
"Some of the guys have put a lot into it" - Felipe Contepomi confident Leinster can start fast
QUIZ: Name the country these football teams play in
'ROG was the kingpin... he just wanted to win, win, win' - Barry Murphy
SportsJOE 2000s Football Quiz | Round 9
"It's too experimental" - Kenny's team for Slovakia showdown begins to take shape
You may also like
1 year ago
Phil Mickelson's pre-round prediction is about as ballsy as they come
1 year ago
Garcia and Noren hand Phil Mickelson and USA an almighty walloping
1 year ago
USA announce three Ryder Cup wildcards and Europe are in trouble already
2 years ago
Phil Mickelson's private text to golf reporter after US Open meltdown should not have been shared
2 years ago
WATCH: Phil Mickelson follows an absolute calamity with one of the greatest shots you'll see this week
3 years ago
WATCH: You'll never be as happy as Phil Mickelson was the day USA won the Ryder Cup
Next Page