Darren Clarke recruited Paul O'Connell to deliver a speech to the European Ryder Cup team on Tuesday, ahead of the competition getting underway at Hazeltine in Minnesota, and it sounds as though the former Ireland rugby captain didn't disappoint.

"You could have heard a pin drop whenever Paul was addressing them. The team and the caddies were unbelievably impressed with the words that he gave us last night so I was very thankful for him to come along and do that.

"The guys were thoroughly inspired." 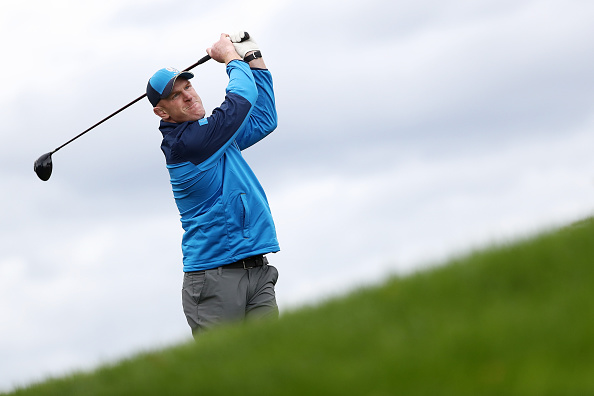 O'Connell offered some insight into his speech to the team, saying that he kept it "short and sweet"

"It's just being in the team. For me, pressure is playing on your own," O'Connell said about the theme of his delivery, "shoulder to shoulder."

"If you put me in a team I feel like I grow 10 feet tall. Whereas for these guys I'd say pressure for them is actually playing for other people. They normally play for themselves so the team environment for them, that's what shoulder to shoulder is, it's about being a team.

O'Connell brought the motivation, and Dynamo brought the, err, magic.

"Yeah, he was great, very impressive. Before I knew it I was back in bed and I didn't even walk to my room," the Swedish golfer said.

"It's just impressive to see someone being that good at what they do but at the same time it's annoying that you can't figure out how he does it. It's a bittersweet combo really."

O'Connell and Dynamo, together at last.