Paul McGinley is more inspiring than Roy Hodgson apparently. Who'd have thought it?

END_OF_DOCUMENT_TOKEN_TO_BE_REPLACED

The Irishman was said to have completely outshone the English manager so much so that question marks have been raised about Hodgson's modern day leadership credentials.

The pair were speaking in front of a packed room where McGinley was said to have "showed up" Hodgson. 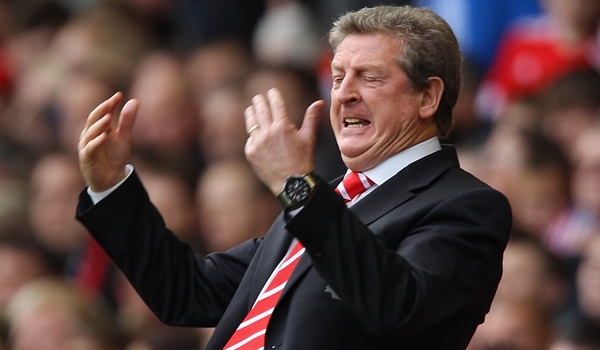 In his Daily Mail column, Charles Sale explained how the golfer upstaged his footballing counterpart.

"Hodgson and McGinley were interviewed on stage by Sky Sports’ David Jones on the subject of leadership. But Hodgson paled next to McGinley, who gave a masterclass at the Lord’s function in explaining the attention to detail, perception and man-management which went into beating the USA at Gleneagles.

"It would not have been McGinley’s intention but his thoroughly modern approach to leading a team only exposed Hodgson’s old-school philosophy. And FA technical director Dan Ashworth, plus FA board members David Gill and Heather Rabbatts, would surely have gone away thinking Euro 2016 should be Roy’s last major tournament as England boss."

McGinley certainly knows his stuff alright. Even this latest Investec ad with the man tasked to bring glory to Ireland at the Rio Olympics next year is worth a watch.


popular
Galway fans' frosty reception for Davy Fitz doesn't make any sense
The most Stone Age tackle you've ever seen gets South African lock straight red card
Former Antrim captain Anto Finnegan has passed away
'Brian was a genius... he would've killed you to even win a game of touch'
Ryan Manning hacked to the ground by Henri Lansbury in ruthless assault
"Johnno went, 'We’re not moving! You're trying to mess us about!'" - Ben Kay recalls red carpet controversy
"Every player will now feel as if they can appeal a decision. It was a clear striking offence" - Jacob calls a spade a spade
You may also like
8 months ago
"We disapprove totally. It's something which we are very disappointed about."
2 years ago
The player Roy Hodgson accidentally sold from Liverpool
2 years ago
Roy Hodgson "totally believes" Wayne Hennessey's explanation over gesture
3 years ago
Roy Hodgson lets all his anger out...on Watford's mascot
3 years ago
One of German football's brightest talents is going to England
3 years ago
Wilfried Zaha pushing for Tottenham move after turning down new contract
Next Page