In what world would Conor McHugh want to be lying on the ground with winner in his sights?

Nerveless goalkeeper Darragh Gogan had just slotted the leveller for Ballyboden St Enda's from a 45. It wasn't over yet though.

This Dublin SFC quarter final had more swings and roundabouts than the Kilkenny ring road, and Na Fianna were tearing after one last twist.

END_OF_DOCUMENT_TOKEN_TO_BE_REPLACED

They wanted to go out and win it.

Eoin Murchan got the ball out and Jonny Cooper took it from there. The break was on and suddenly there was green grass. Boden bodies belted back but they were tired and there was danger.

Conor McHugh sensed the vulnerability. He smelled an opportunity. That man had the shooting boots well and truly on in Donnycarney that night, and his dander was up high in the sky. 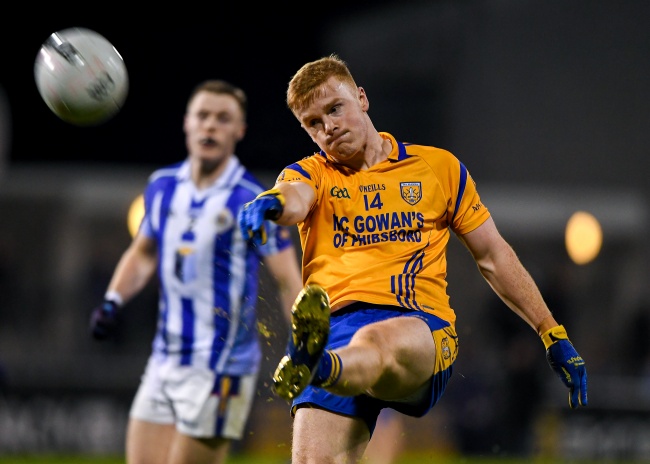 END_OF_DOCUMENT_TOKEN_TO_BE_REPLACED

Six to his name already. Give him one more and you'd better be ready to chalk down a seventh.

All he wanted was a chance. That would have put Na Fianna into the semi-final. That's enough,

His eyes were on the danger zone. He put the head down and got ready to run. Surely when James Doran got hands on the ball, all he could think of was the Na Fianna number 14. The flame haired assassin.

But Declan O'Mahony was having none of it. He was nipping it in the bud.

END_OF_DOCUMENT_TOKEN_TO_BE_REPLACED

And like a ragged farmer trying to catch a buck-mad sheep in a wide open field, the Ballyboden midfielder pulled and he dragged. He wrestled and grappled. He pinned down and jumped on top of.

McHugh tried his best to break free. But there was no way out.

If you wanted a clean cut example of cynicism in sport, this was it right here in front of your eyes. The ball wasn't even remotely close to his train of thought. This was win at all costs kind of stuff. Nothing else matters.

It all started in and around 64.44 when Na Fianna were on the run. 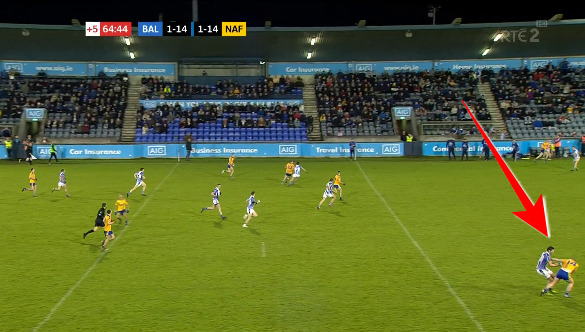 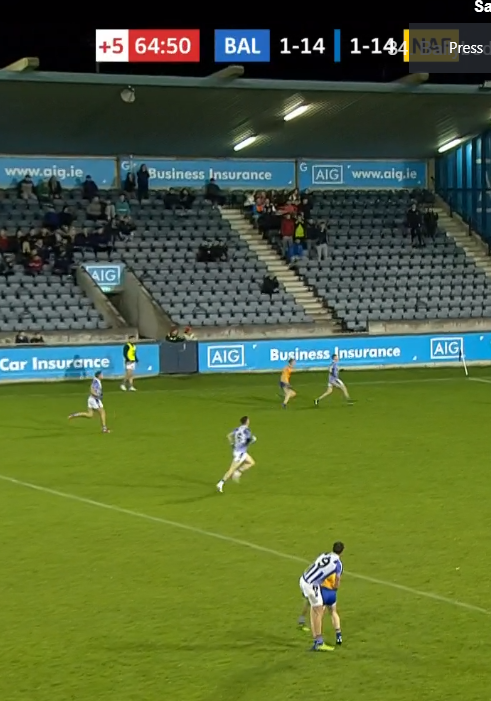 Finally, he knocked him down to the ground. 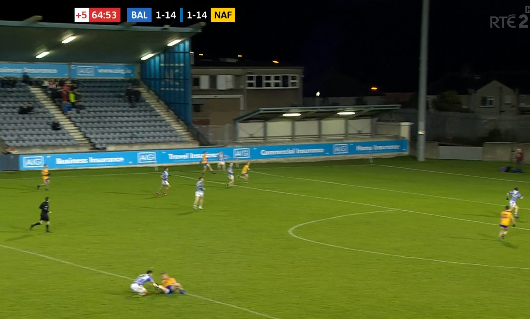 And even as a Ballyboden defender won the ball that was miles away at this stage, O'Mahony didn't even give it a second thought. He was focused on the job at hand as the clock ticked toward 65.

Absolutely shocking that Conor McHugh was sent off for being hauled to the ground.

Referees issuing two yellows for any sort of controversial incident is becoming the norm, and it's such a cop-out. pic.twitter.com/KrY6QludpF

Listen, let's not kid ourselves either. 'Whatever it takes' is the foundation for team-talks from Derry to Cork. It's the most commonly uttered line of the lot in dressing rooms all over the country.

If you're a teammate or a mentor of O'Mahony's, you're giving him a pat on the back.

It's the ugly side of it, but it is the reality too.

You would just hope that players would trust themselves to get the job done within the rules. O'Mahony could easily have done that too.

But this whole situation was about to get even worse. In referee Barry Tiernan's defence, his efforts to keep up with the play meant he didn't have a clear view of what was going on in the middle.

He was going to have to go off the allibis of his linesmen. They obviously hadn't the best sight of it either, and between them they took the easy, and most frustrating way out for players and spectators.

His second of the day meant Conor McHugh was red carded for doing absolutely nothing other than trying to win fairly and squarely.

This whole episode brought the 'two card cop-out' to light like never before. Something has to change.


popular
Pitch-side microphone picks up Eric Dier joke about Mo Salah
'ROG isn't that sort of guy' - Brian O'Driscoll on first Ronan O'Gara encounters
Cutting through the contradictions from one of the worst television segments of the year
Aiden McGeady details the abuse he suffered after playing for Ireland instead of Scotland
Noel Gallagher left 'covered in blood' after headbutt from Ruben Dias’ dad
Roy Keane shows great comic timing after Jack Grealish party invite
France the sore losers as Ireland Men reach first ever Sevens World Series final
You may also like
2 weeks ago
"I realise on the far side that all of that stuff is not what it's cracked up to be." - 2011 reunion allows O'Sullivan to take it all in
2 weeks ago
"Jesus, no, if he finds out, he'll think I'm going soft now." - the social life of inter-county GAA players
2 weeks ago
Buff Egan calls it as Laois skin the Cats in O'Moore Park
3 weeks ago
From a hurler to a super-sub to a starter who's determined to keep his place
3 weeks ago
"It's important to me to get our second team a bit closer to the first team" - Brogan does it for the club
2 months ago
"The players coming through aren’t of the same calibre.” - Christie on Dublin's eventual demise
Next Page