Aishling Moloney kicked ten points as Tipperary battled their way past a strong and stubborn Westmeath effort to claim a vital win in Division 1 of the Lidl National Football League in a windswept Bansha.

Another outstanding individual performance from Moloney paved the way for the Premier ladies to claim the win in very tough conditions, as Storm Dennis played a big part in the quality of the game.

A penalty from Leona Archibold edged Westmeath ahead at the interval, but with Moloney on song in the tough conditions Tipperary pulled clear and ran out 0-11 to 1-6 winners. With four points to their name manager Shane Ronayne said they have taken a big step towards maintaining their place in the top flight.

“We’re happy with the result, more so than the performance,” said Ronayne. “But that result will go a long way to guaranteeing Division 1 football for next year.

“We've a very young team there with a lot of minors and matches like these are always going to be a learning curve and we're looking forward to Waterford next week.” 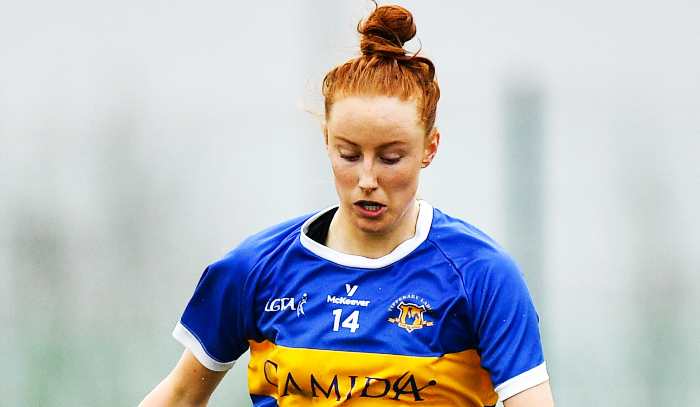 By Enda Treacy Tipperary 0-11 Westmeath 1-6 Tipperary battled their way past a strong and stubbor...

Westmeath manager, Sean Finnegan praised his side’s performance in the tricky conditions despite their third loss in a row.

“The damage was done in the first half with some really bad wides from us with the wind,” said Finnegan.
“But I thought our second-half performance was unbelievable into the teeth of a wind, and we had enough chances near the end.” 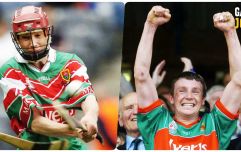 END_OF_DOCUMENT_TOKEN_TO_BE_REPLACED

Elsewhere in Division 1, Peter Leahy’s Mayo picked up their second win from three games as they coped admirably with the conditions and edged past Waterford in a storm-interrupted second-half in Swinford.

The teams were tied at 0-2 each at the interval, but Waterford couldn’t add to Chloe Fennell and Caoimhe McGrath scored in the second period. Instead Mayo made the most of the wind at their backs and four Rachel Kearns points, and one each from Sinead Cafferky and Natasha Gaughan got them over the line on a 0-6 to 0-2 scoreline.

“This was definitely a game of two halves,” said Mayo’s Maria Reilly.

“The wind made it very difficult for everyone and we’re just absolutely delighted to have got the win against a fine Waterford team.

“We played into the wind in the first half and knew we had to keep the goals out, so worked very hard as a unit.”

The only Lidl Division 2 game of the weekend was the late throw-in at Kingspan Breffni as first-half goals from Catherine Dolan, Aisling Maguire, Sinead Greene and Muireann Cusack (2) helped Cavan claim a 6-19 to 1-5 win over Wexford. 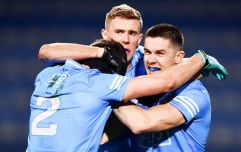 "I don't see Dublin being split, I don't see any stomach for that in the next couple of years."

END_OF_DOCUMENT_TOKEN_TO_BE_REPLACED

Maguire was to the fore in the second half as Cavan picked up their second win of the competition, while Wexford slumped to a third straight loss despite a penalty from Caitriona Murray six minutes before the interval.

In Division 3, after Fermanagh and Roscommon had to be called off on Saturday, all three games on Sunday managed to survive and victories for Down and Kildare saw both teams maintain their 100 per cent records.

Kildare hosted neighbours Wicklow and the home team pulled clear in the first half thanks to a brace of goals from Nessa Dooley. Amy Murphy hit back for Wicklow just before the interval, but there was no denying Kildare a third straight win and they pulled clear for a 2-11 to 1-17 victory.

Down had the long trip west to Sligo to contend with but they were very impressive winners over the Yeats county on a 3-15 to 3-7 margin. Ciara Gorman scored a goal in each half for Sligo, but they never really took charge and Down pulled clear in the final quarter.

And in the final Division 3 game, there was plenty of goals again, but one in each half from Erone Fitzpatrick ensured Laois held on for a 3-6 to 2-6 win over Longford. Kate Whelan also scored an early goal for Laois, who picked up their first win of the season.


popular
The SportsJOE 12 o'clock quiz | Day 291
Roy Keane story shows the power he had at Manchester United
McGregor admits shout from Dustin Poirier's corner got inside his head
Three players locked in Ireland jerseys after Thomond Park trial
Jolie Poirier certainly let her voice be heard after her husband's win over McGregor
How Declan Rice pursuit contributed to Frank Lampard's Chelsea sacking
McGregor's first words to Poirier after defeat show where the damage was done
You may also like
2 months ago
Noonan lights it up for Cork ladies after being called up to Ireland squad
1 year ago
One of best ladies footballers in country left out of All-Star team
2 years ago
"The word unsafe is the reason I'm here. It's not just for me, it's my full management team"
2 years ago
Mayo ladies manager Peter Leahy tells his side of the story
1 month ago
GAA JOE All-Star Gaelic football team
1 month ago
"Cillian O'Connor, amazingly, didn't even flinch at what was said by Philly"
Next Page