"The county board delaying the club league has been important - clubs aren't rushing back, doing high intensity stuff or cramming everything into a couple of weeks"

You won't hear that kind of talk from Derry ladies football captain Grace Conway however. In a rare twist of events, the Moneymore player has nothing but high praise for the running of the county set-up, club fixtures and even the scheduled return from lockdown.

"It has been a whirlwind since we have been back, you're straight into three training sessions a week with the county and two with the club," admitted the 28-year-old.

"But I must say, I think it's all really manager-based and our managers have been quite good at not rushing us back. If you did a tough session on Tuesday, then you do a lighter one on the Thursday."

END_OF_DOCUMENT_TOKEN_TO_BE_REPLACED

"Everything has been focused on matches as we're currently cutting the squad, so you haven't just been thrown onto the field and told do a bunch of hard runs. We also have Conor Johnston putting us through a strength and conditioning programme in the background, which has been massive for us. It's the first year we've actually had that in the Derry set-up."

But what about club training, injuries and fixture clashes between club and county, I hear you ask? Surely there is a long queue of bandaged girls, balancing on crutches, with their heads wrapped like an Egyptian mummy, outside the physio's door? 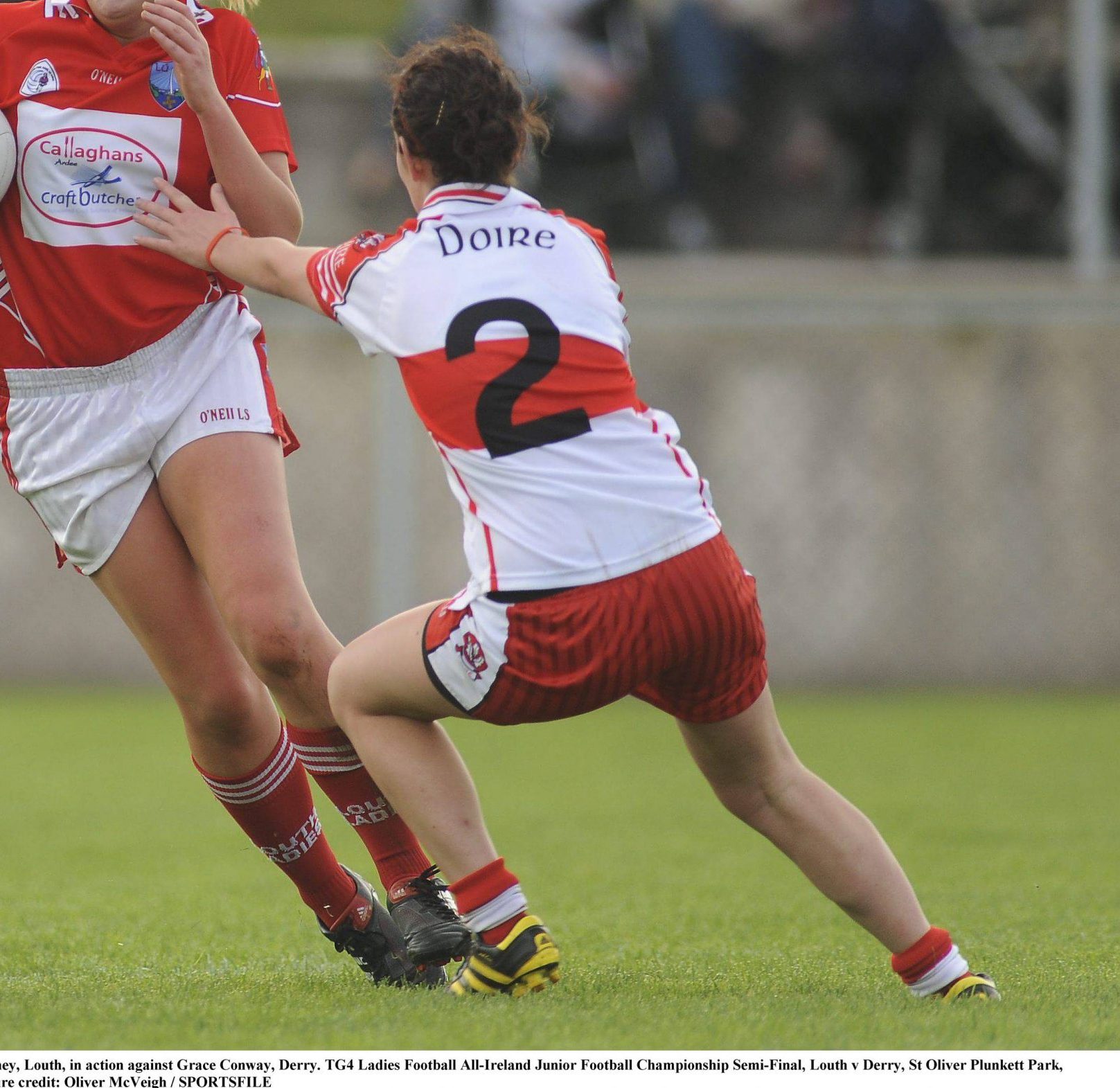 Conway playing for Derry way back in 2010
Advertisement

Antrim boss, Enda McGinley most recently came out with this criticism, telling the Irish News that: "Collective training has been hard on their (the players') bodies and we’ve lost a couple of them to several-week injuries, which in a season that is so condensed, it’s devastating both on them and us and there are others carrying knocks that are now having to be managed.” 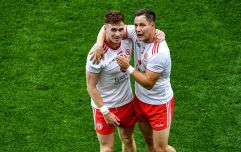 END_OF_DOCUMENT_TOKEN_TO_BE_REPLACED

"To be honest, in regards to injuries, I have been okay and I haven't really seen any injuries with the club or county," confessed Conway.

"Club training has started as well but I think it comes down to how well the club and county work together. I can't speak for other clubs, but our manager in Moneymore has been really good. You do sometimes put pressure on yourself to go to every session because we would maybe have less numbers than other clubs, so you don't want to leave them low.

"The county board has been brilliant because they could have threw us into matches with the club but they didn't - the county starts first and club won't begin until the first three National League games are over.

"Delaying the set-up to the club has been important. It means clubs aren't rushing their training and cramming in high intensity sessions, it's been massive for us."

Between her full time job as a dentist, and leading her county and club, Conway probably has more grounds than most to be complaining about packed schedules. However, the half-back doesn't do things half-a***ed and is just delighted to be back playing football. The spectacular skipper also has big hopes for Derry this year.

"You have to aim high. We're definitely aiming for an All-Ireland - we have just under-performed so much in recent years, but everything feels right and we have got such a great squad."


popular
"I never really cried or got emotional over what I've done as an individual. I couldn't give a s***"
"I was off the grid" - Aidan O'Shea respond's to Mayo criticism after club championship win
"If I break my wrist, it's on f***ing both of you." - Koepka and Berger act the spoiled child
Final Ryder Cup player ratings a tough read for some Team Europe big guns
'I won The Open by six shots in my home country, but this was the best week of my golfing career'
The FootballJOE Pub Quiz: Week 7
Borussia Dortmund to change jersey after fans make valid complaint
You may also like
4 days ago
Why the GAA president needs to do a lot more than say "Words matter" to combat online abuse to players
5 days ago
Rob Kearney taught a classic GAA lesson when he tried to have the craic in second game back
6 days ago
How one text message a teammate sent Kieran McGeary proves that Tyrone's success was a team effort
1 week ago
Conor Meyler on post-match moment from Croke Park he'll never forget
1 week ago
Mayo GAA calls personal abuse "completely unnecessary and unacceptable"
1 week ago
Mass brawl breaks out at end of Laois senior football clash
Next Page