Craig Dias has long been looking to add goals to his game so it goes without saying that Sunday's stunner against Naas was just what the doctor ordered.

It was a long time coming he says, but there's no doubt that it was worth the wait. He claims to have missed five goal chances already this year but he broke that duck in style in Parnell Park, timing his run to perfection before lashing one into the top corner.

It was like he'd been doing it all his life.

Ever since making his debut in 2010, Dias has been an ever-present in the Kilmacud Crokes midfield and while he's always chipped in with his fair share of scores, he says that it's been a target of his to increase those tallies this year.

"This year, my aim is a bit more than a score, I'm aiming for two or three," he says at the launch of the AIB Goal mile.

"I haven't got to three yet but I do set myself targets."

Dias kicked two invaluable points in the low-scoring county final win over Na Fianna, then followed it up with that goal against Naas and he says that, in all aspects of his play, setting personal targets has helped him improve.

"Defensively, and kick-outs, I'd set myself targets as well so there's various aspects you'd focus on. Goals is something I really want to improve. So I've been getting a bag of balls and working on that.

"Luckily I took that chance at the weekend."

"Everyone has their own personal goals and what a good game looks like for them.

"Anyone can go to try and play like a Diarmuid Connolly, but they're not going to do it. Or a David Clifford or a Shane Walsh. You kind of have to set what good looks like for you, your position and how it's going to help the team on the day," he adds.

As a midfielder, Dias says that a lot of it comes down to experience. Learning to make that run at the right time. Winning breaks, and playing the right pass when he wins it.

And while he always pays attention to his own areas of improvement, Dias says that, as a team, Kilmacud no longer place a huge emphasis on stats. It's left instead to the individual.

"We've kind of gone away from stats.

"We don't put a huge focus on it. It's more so, it's a player-led group and Robbie has set that up really well.

"So we'd be in our WhatsApp, even now, taking the key learnings from the Naas game, or the game last year against Port and what we can take from that.

"Each individual would be looking at their own game then to see what I can improve on. Management would be talking to us as well. There'd be no real stats... 'oh I should have got x tackles' to be put in front of the group.

"It's all really personal goals." 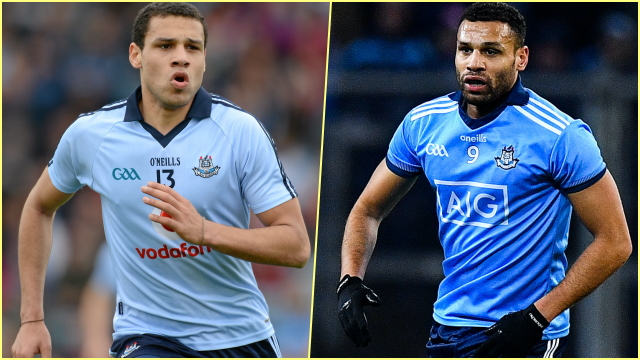 Dias had two stints in with the Dublin senior footballers.

Up next now is the Leinster semi-final, next weekend under the lights in Croke Park. This is the big time and even though the nights are getting longer and colder, Dias is enjoying the run and he can't wait to get out on the hallowed turf again.

"The first five minutes is difficult in training but I have the hat and the warmer! Look, we're enjoying it there's really good lads in that group. So we're having a bit of fun while learning and that's always good. I want to keep that going as long as possible! So bring it on.

"After the Kilcoo loss, we took a break and went away as a team. We came back then and played a few League games, we weren't training overly hard. We didn't come back into our fitness blocks until April/May then. So that gave us a bit of a break, maybe a bit more so than other teams. So now, thankfully, we're all fresh.

"I'm looking forward to getting out of Parnell Park because it was really heavy the last day. At times, the legs felt like led, but it's going to be great to get onto that sod. A nice pitch, it won't be heavy and it will allow both teams to play good football." 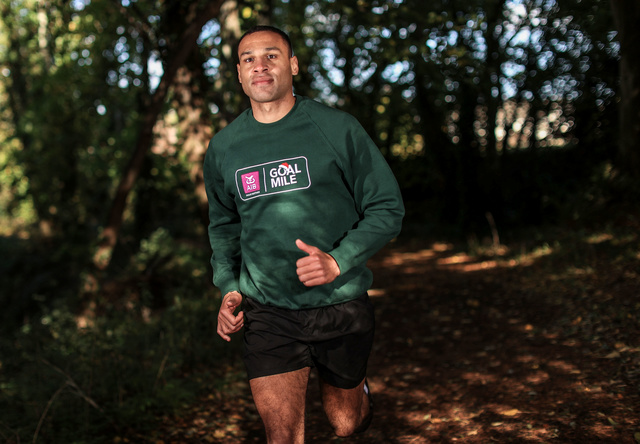 Pictured is Kilmacud Crokes star, Craig Dias, at the launch of this year’s GOAL Mile campaign, proudly supported by AIB. This year, as the GOAL Mile marks its 40-year anniversary, AIB is celebrating this long-standing tradition of partaking in the GOAL Mile at Christmas by calling on the people of Ireland to re-establish this tradition with their friends and families or to create a new tradition, and by encouraging everyone to Step Up Together for GOAL this Christmas.
Mandatory Credit ©INPHO/Dan Sheridan

You may also like
2 weeks ago
"That undermines some of the hard work that's being done" - Cunningham doesn't agree with 'super-club' jibes
2 weeks ago
QUIZ: How many of the 33 county SFC champions for 2022 can you name?
3 weeks ago
"You need to be able to hurl your way out of trouble" - Composure the key to Dunphy's game
1 month ago
"We'll have plenty of Christmases" - McGowan and club players should be envied not pitied
1 month ago
'With the worlds’ greatest thief not able to take even just one friendship away' - Cooper retires with heartfelt statement
1 month ago
Mickey Moran gives a rare interview in TG4's brilliant Anton O'Toole documentary
Next Page