LISTEN: We've an answer to Dublin clubs hoovering up the best rural talent but it won't be easy

It is getting to the point where the club championship is becoming as predictable as the intercounty version, with the entrant from the capital normally an odds-on favourite to prevail.

The Marino men are a quality outfit and were undoubtedly good value for their win over Rhode at the weekend but afterwards Ger Brennan came out and denied his club are poaching talent from outside Dublin.

St Vincent's are certainly not operating a recruitment drive like that of the O'Toole's hurlers but they are undoubtedly an attractive destination for rural players who are relocating to Dublin.

Brennan was replaced by Fiachra Breathnach of Galway when he was black-carded in the first half. Mayo's Enda Varley, Joe Feeney (Armagh), Brendan Egan (Sligo) and Lorcan Smyth (Westmeath) are also wearing the blue and white of Vins these days.

END_OF_DOCUMENT_TOKEN_TO_BE_REPLACED

On this week's GAA Hour, Colm Parkinson put his own solution to Leinster Council Chairman John Horan. While there should be no restrictions on the number of transfers playing when competing against other Dublin clubs and their rural imports, Parkinson suggested such players could not play in the provincial championship immediately.

He suggested a three-year naturalisation period, similar to the residency rule in rugby. If introduced the likes of Varley would not be eligible to compete in the AIB Leinster club Championship until 2019 at the earliest.

However Horan said it was beyond the remit of the Leinster council, or any provincial body, to bring in such a rule.

"Once you play in a county championship that identifies your status and your club for the whole completion of that competition right up to Paddy's Day," said Horan.

END_OF_DOCUMENT_TOKEN_TO_BE_REPLACED

"The whole thing about these competitions is that once you start in senior county championship, in any championship, that runs all the way through to the All-Ireland," he added. "They are all linked together. It's not that you can play with a Dublin club in Dublin and a Laois club in Leinster.

"Once you start off on the road in that competition you are tied to that club till they go out of competition." 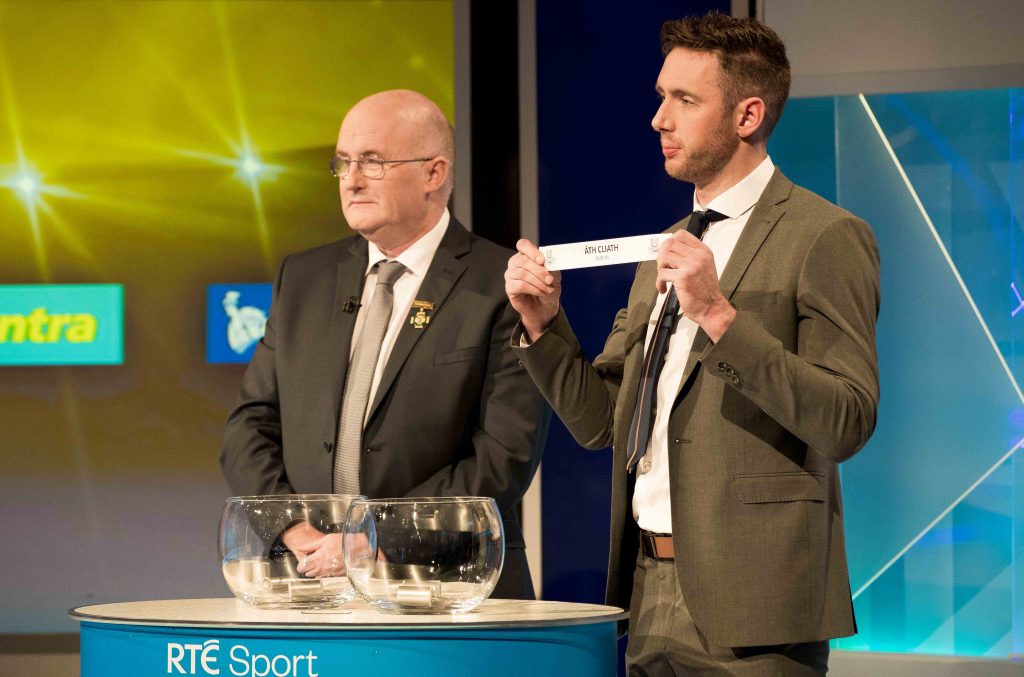 Horan (above, left) suggests it would not be possible to impose different rules for county and provincial competitions under the present structures.

"They are not a separate entity, there is a linkage between them in terms of eligibility, so Leinster really don't have it in their hands to make a change in the structure you would have to have it starting back at the very beginning back in Dublin.

"You would have to get Dublin to tie it down and say, 'you had four people who didn't play up to minor with the club in the competition'. That is the only thing and that is something Dublin would have to do because I can't see how at Leinster or at national level that could be imposed in the Dublin competition."

If Dublin clubs continue to dominate at provincial level this is a nettle the GAA may have to grasp.

Listen to the whole interview below or subscribe on iTunes.


popular
Man United could be blocked from playing in the Champions League next season
Ireland team vs. France: Form players rewarded and a welcome return
Lionel Messi makes decision on Barcelona return
French media's opinion of this Ireland team becomes clear as vital clash nears
Clive Woodward happy to 'eat humble pie' after bold comments about Ireland
"I should have been more mature" - O'Sullivan's injury trail a cautionary tale for Sigerson casualties
Eight players to watch in tonight's Sigerson Cup semi-finals
You may also like
2 weeks ago
"That undermines some of the hard work that's being done" - Cunningham doesn't agree with 'super-club' jibes
3 weeks ago
QUIZ: How many of the 33 county SFC champions for 2022 can you name?
3 weeks ago
"You need to be able to hurl your way out of trouble" - Composure the key to Dunphy's game
1 month ago
"We'll have plenty of Christmases" - McGowan and club players should be envied not pitied
1 month ago
'With the worlds’ greatest thief not able to take even just one friendship away' - Cooper retires with heartfelt statement
1 month ago
Mickey Moran gives a rare interview in TG4's brilliant Anton O'Toole documentary
Next Page