"We'll have plenty of Christmases, these chances don't come around too often."

Sometimes, we're guilty of pitying GAA players who 'have to' train over Christmas and throughout the winter but, make no mistake about it, Andrew McGowan doesn't want your pity.

The Kilmacud Crokes player thinks that his own club, Glen, Moycullen, Kerins O'Rahillys and all the rest should be envied.

END_OF_DOCUMENT_TOKEN_TO_BE_REPLACED

"We'll have plenty of Christmases," he says.

And he's right too. Christmas comes around every year but All-Ireland semi-finals don't, and McGowan and co. are determined to take their chance this Sunday in Croke Park against Kerry's Kerins O'Rahillys.

Crokes trained on as normal, right through the Christmas and, at the notion that they'd have taken a few days off over the festive period, he almost spits out his coffee.

"I think we took three or four days off the week after our Leinster final and then kicked back into it.

END_OF_DOCUMENT_TOKEN_TO_BE_REPLACED

"The lads did such a good job during the Christmas, putting stuff into the chat, stuff that we should look at and work on and that kept you focused over Christmas."

As his club-mate Cian O'Sullivan once told us, nights out will come and go. Weddings and stags and what-not quickly lose their sheen.

"When I was playing, I always thought about missing out on a friend's wedding, or stag," Cian O'Sullivan says "but now on the far side I realise that stuff is not what it's cracked up to be.

"I wouldn't for one second have traded playing in that team for any of them." pic.twitter.com/PGtToqW1aC

END_OF_DOCUMENT_TOKEN_TO_BE_REPLACED

On a similar note, "enjoying the Christmas dinner was the best part," says McGowan, who plays wing back on the team.

"It wasn't any real stress not to be able to go out and really enjoy Christmas because when you look at the opportunity that we have in front of us, it's easy to push all that aside.

"There was no issues with appetite this year. We took our small trip away, you could sense it when we came back training that there was a real desire there. Last year really opened up the potential for what this team has.

"I think if you take away last year and 2018, we haven't really had any success for ten years, so the desire is there, and using the learnings from last year was a big thing. Once we got back then, everyone was raring to go again," he added.

Practically all of Kilmacud's starters, at least have played for their county, at some point in their lives, McGowan included, and he says the lessons learned from the inter-county game have been taken back to the club. He says they're invaluable.

"The majority of the starting players would have hit a county level at some stage. The lessons that you learn at inter-county level are extreme. And if you can use those learnings in club training it's huge.

"Cian O'Sullivan and Paul Mannion would have brought back a lot of knowledge to us as well, in terms of learning from them and their driving factor and accountability.

Who will win the All-Ireland club football title? 👇 pic.twitter.com/55CuUmzm7n

"But the biggest lesson is how high you can set the standard.

McGowan was drafted into Dessie Farrell's panel mid-way through last year's championship but, for the time being, he's focused on nothing other than Kilmacud Crokes.

"Part of that isn't my decision. I'm not looking past Sunday."

That much is clear. 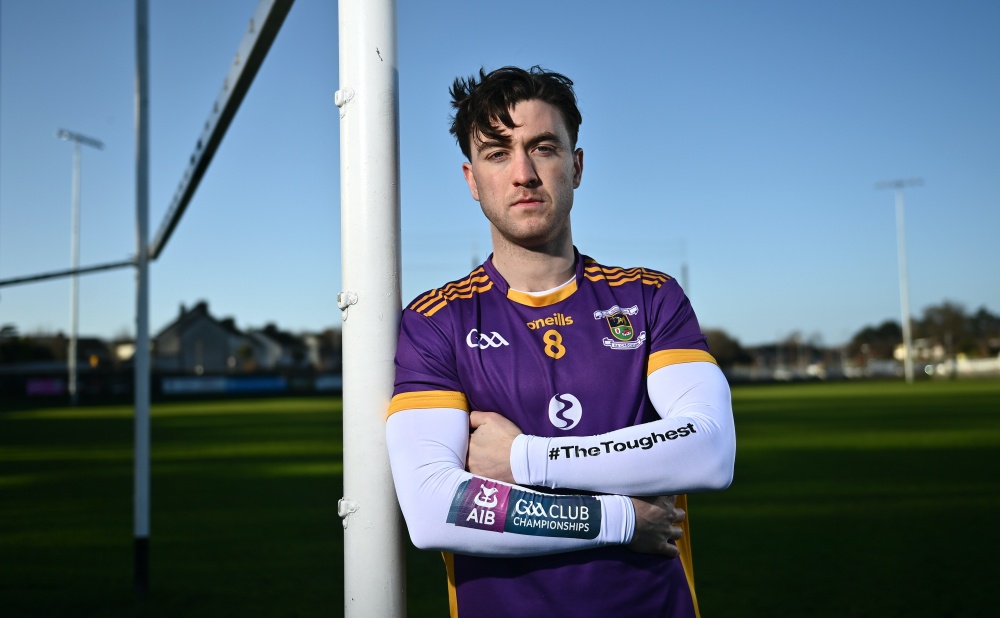 Andrew McGowan of Kilmacud Crokes, Dublin, pictured ahead of the AIB GAA All-Ireland Football Senior Club Championship Semi-Final, which takes place this Sunday, January 8th at Croke Park at 1.30pm. Now in its 32nd year supporting the GAA Club Championships, AIB is extremely proud to once again celebrate the communities that play such a role in sustaining our national games. Photo by David Fitzgerald/Sportsfile

You may also like
3 weeks ago
QUIZ: How many of the 33 county SFC champions for 2022 can you name?
3 weeks ago
"You need to be able to hurl your way out of trouble" - Composure the key to Dunphy's game
1 month ago
'With the worlds’ greatest thief not able to take even just one friendship away' - Cooper retires with heartfelt statement
1 month ago
Mickey Moran gives a rare interview in TG4's brilliant Anton O'Toole documentary
1 month ago
How many of the 65 county senior champions for 2022 can you name?
2 months ago
"I have equal love for football and hurling" - Sheehy set for two Leinster finals in two hours
Next Page