"If they were still in our team, it would make us a dangerous weapon."

Sam Maguire looked impossible for most counties in the last six years or so, given Dublin's defiant dominance, but if a team were to reach the holy grail, all money would have been on Kerry or Mayo to do so.

Tyrone however, came out of the woodwork and beat those two teams to break the monopoly, and win the county's first All-Ireland title since 2008.

With medals in the back pocket, and a target on their back, everyone is out to beat the Ulster side this year, and they have struggled to reproduce some of last year's brilliance in the league so far. 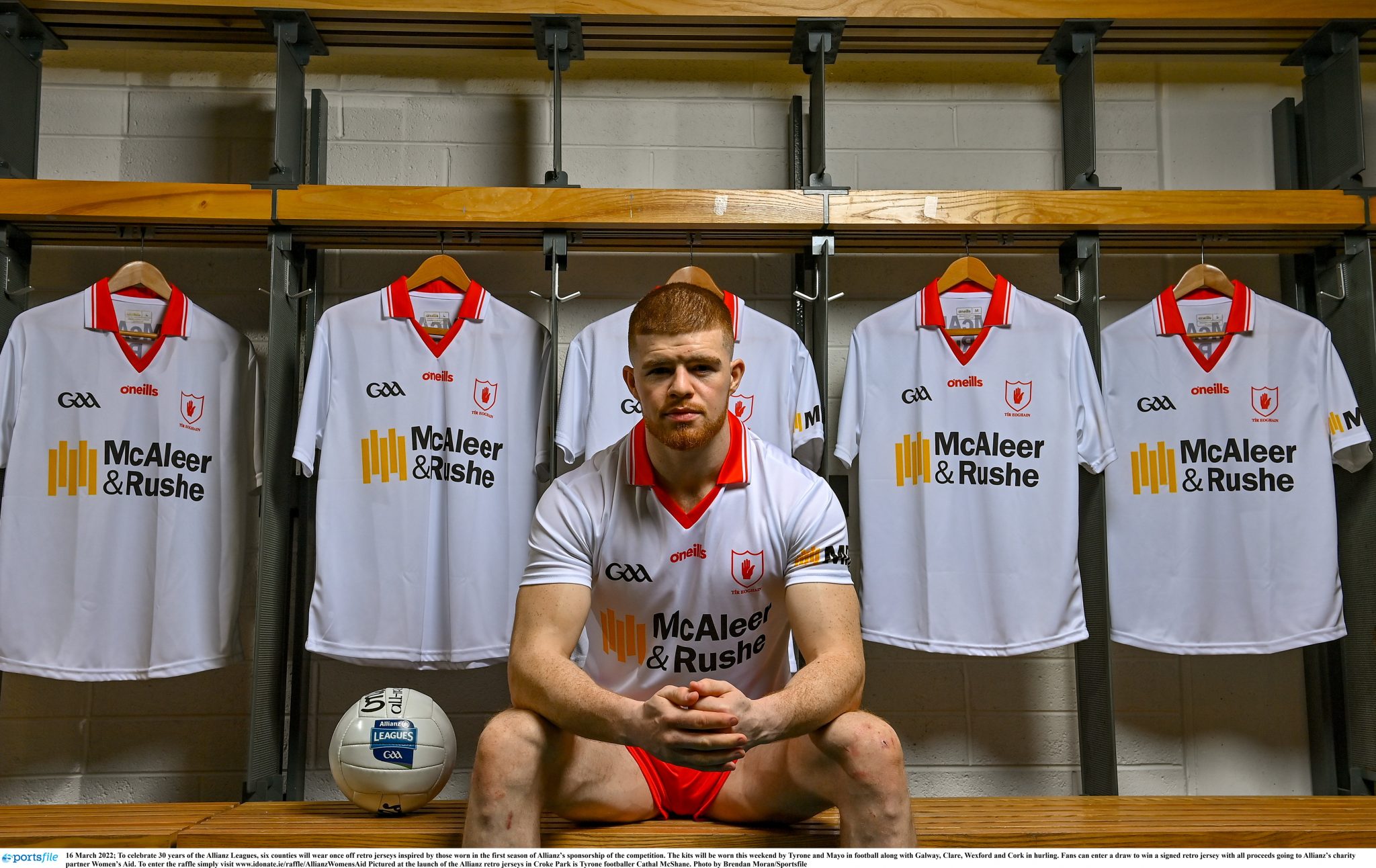 Cathal McShane, wearing the once off retro jerseys that will be used this weekend in the respective leagues
Advertisement

One reason for this is the absence of six players that were involved in last year's panel - Michael Cassidy, Tiernan McCann, Ronan O'Neill, Mark Bradley, Hugh Pat McGeary and Lee Brennan have all stepped away from the squad.

END_OF_DOCUMENT_TOKEN_TO_BE_REPLACED

One player who remains a focal point of the team is Cathal McShane, the full forward who popped up with crucial scores in last season's journey to the promise land.

The full forward made no secret that Tyrone would have been in a better place, if those six players decided to stay. 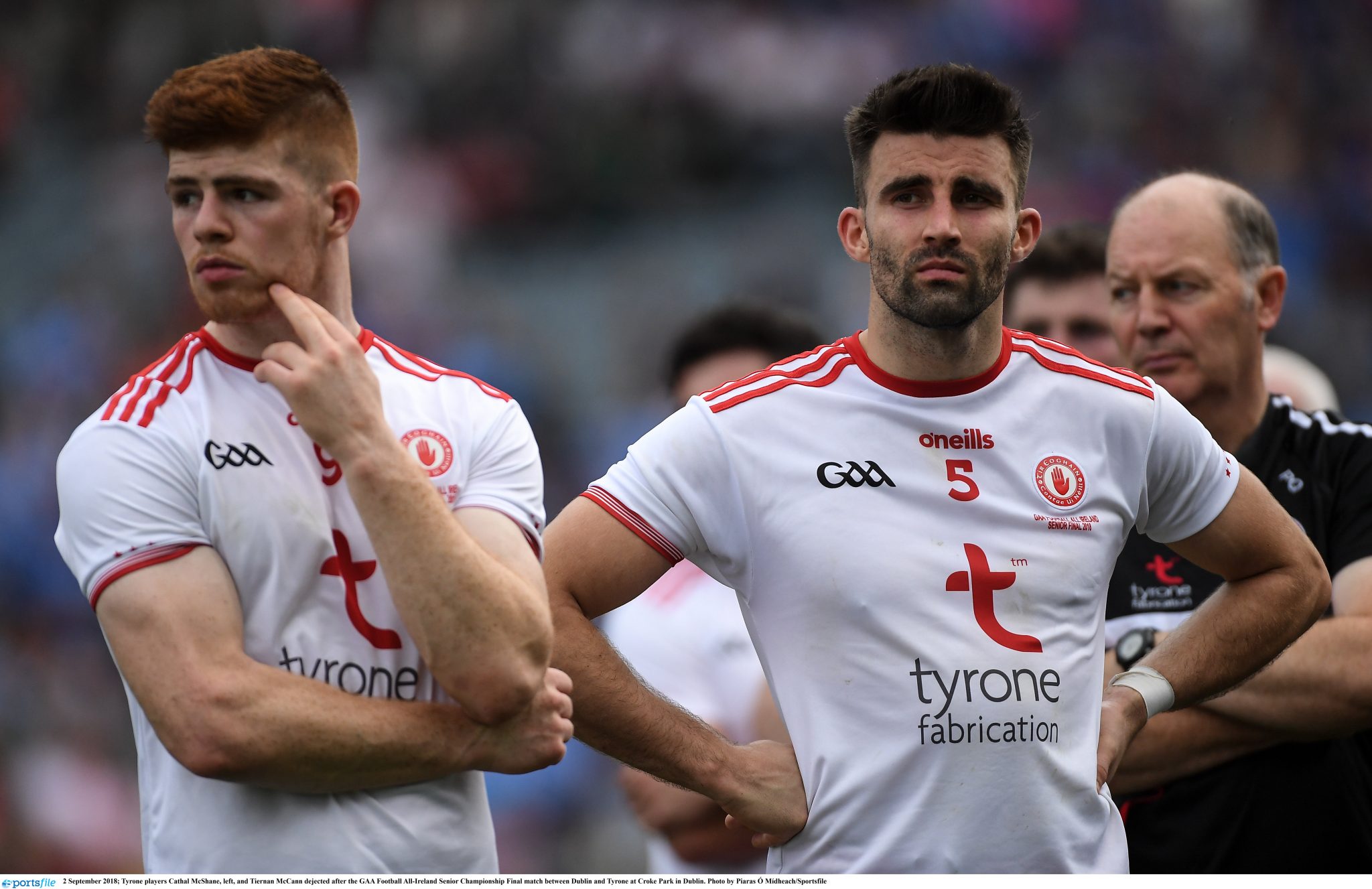 "The way I would look at it is; some of the lads that stepped away would be very competitive Gaelic footballers, and they've done a lot for Tyrone over the last number of years.

"Everybody has personal issues in life and different things that you have to deal with, and things that come along the way that maybe means you might have to step away, or you have to do this, or that. 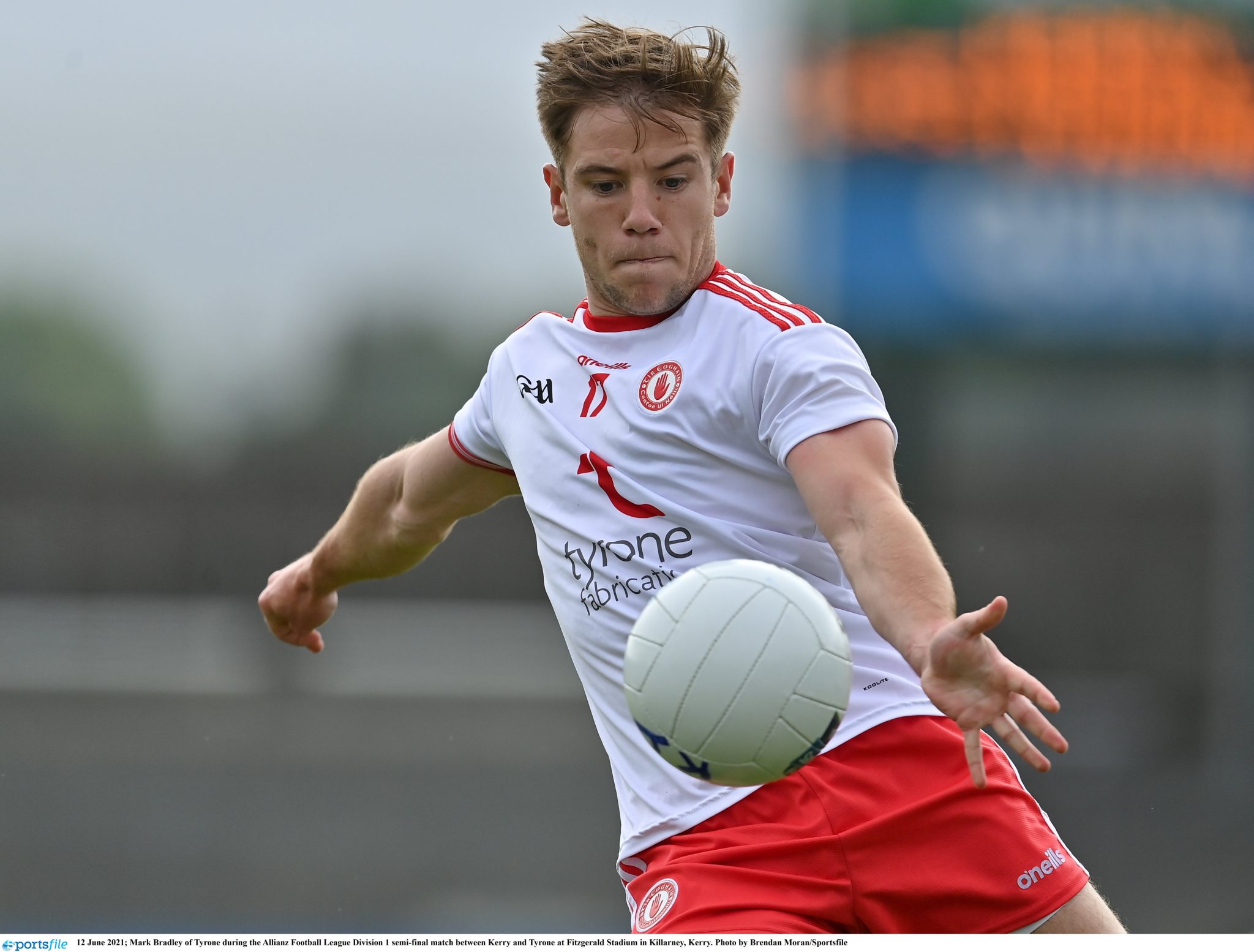 END_OF_DOCUMENT_TOKEN_TO_BE_REPLACED

"I'm not saying it's not now, because it is, and up Garvaghey on a Tuesday and Thursday night, the talent that we have is next to none.

"There's boys pushing each other on and stuff but just without the experience that some of those guys had, it definitely would have added to what we're about this year. 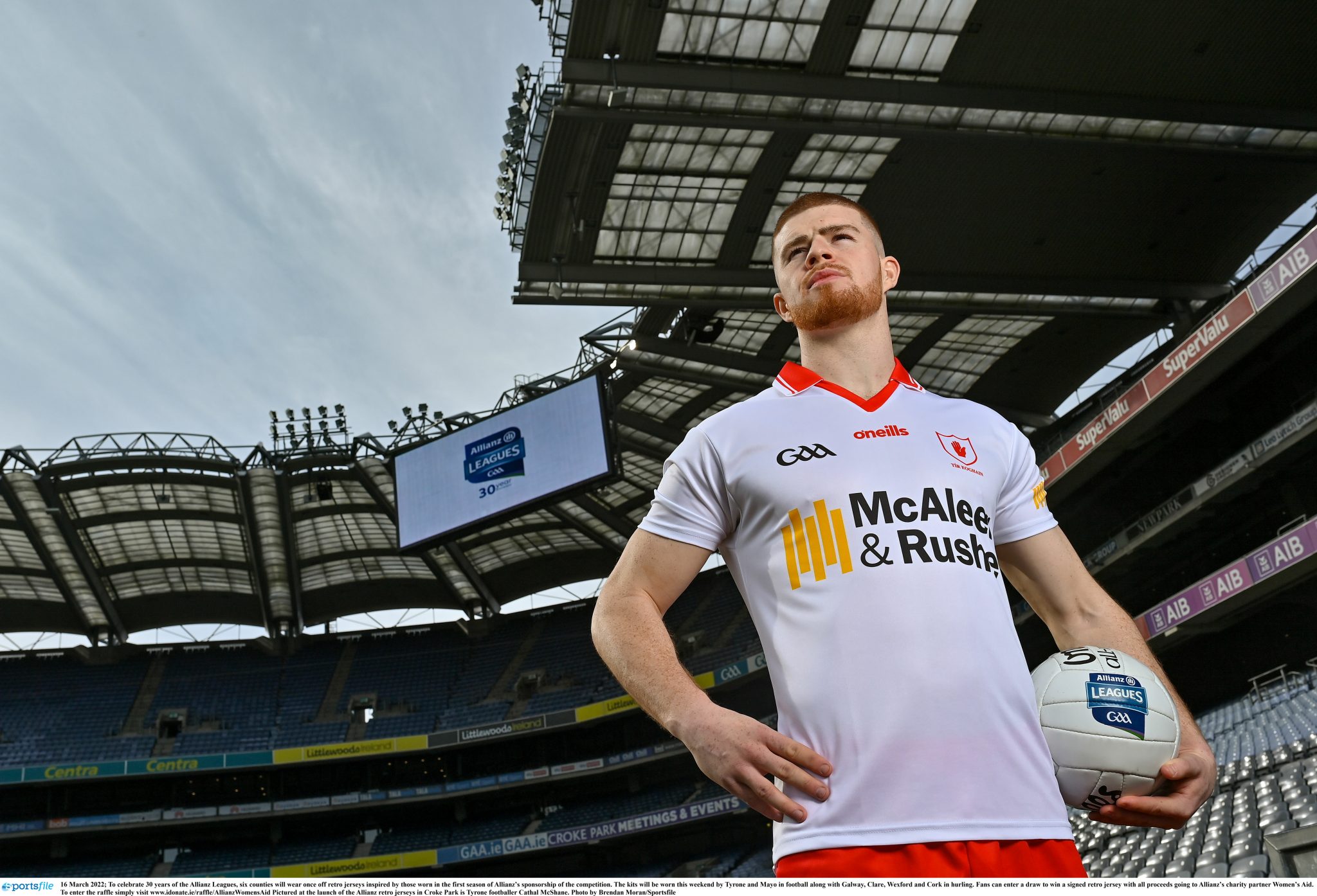 "But things happen in private life that you need to deal with, and rightly so, and who is to say that a few of those guys might be back next year.

"They are all good fellows, but if they were still in our team, it would make us a dangerous weapon.

"Every year, you set out with the aim to win Sam, and that's no different this year, but last year probably did take a lot out of us, just with it being a long season, COVID, and straight back into club football after that. 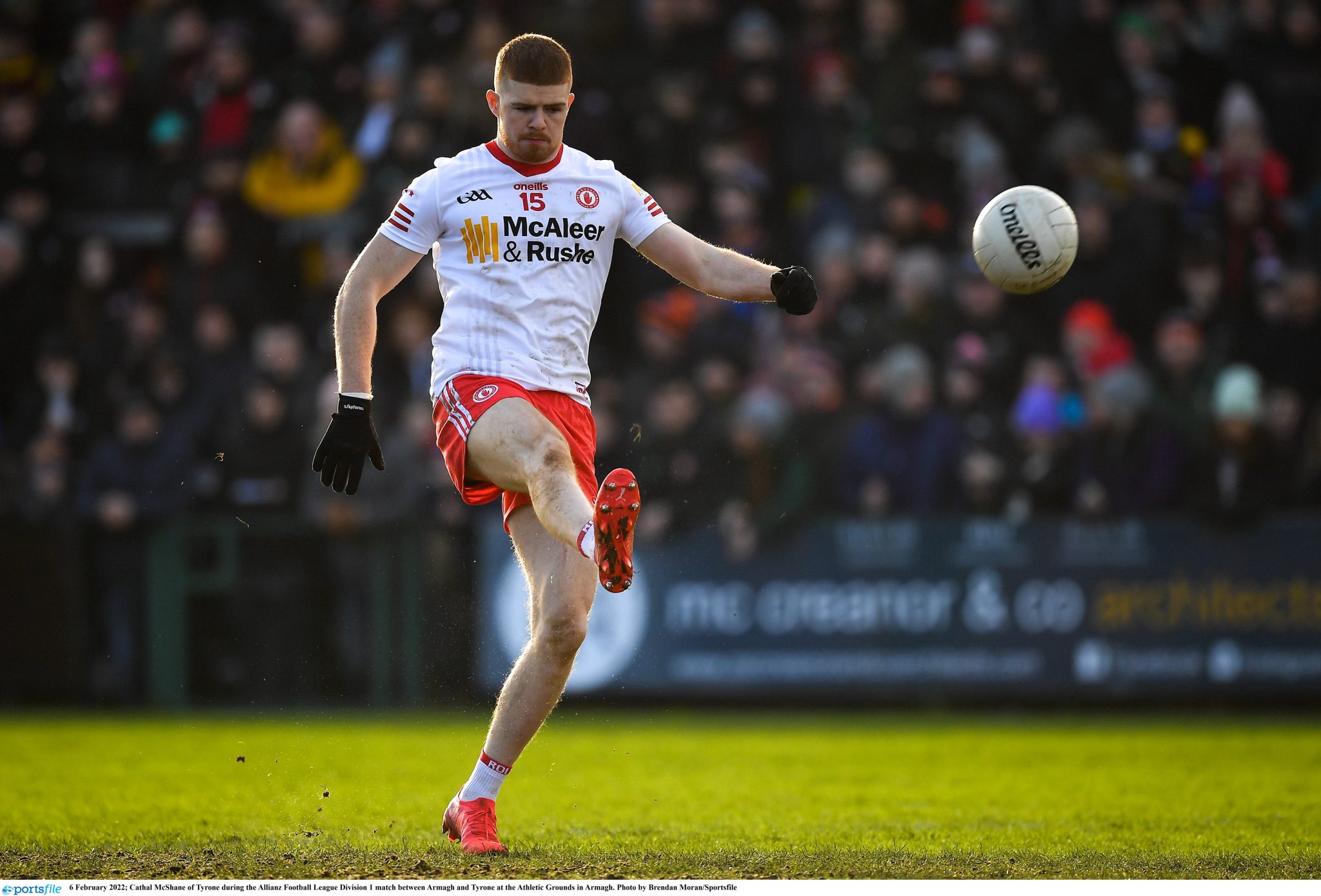 "You get a short time off, but now we're back into it and we do know that we're not where we want to be, we need to improve, and we need to get better.

"That's the exciting thing though, it gives us room to go forward, really drive each other on and go to new levels again, and see where it takes us."


popular
Sean Dyche set to be named Everton manager after Marcelo Bielsa talks break down
Roy Keane flatly rejects longstanding perception of ex-Man United midfielder Paul Ince
Allianz National Football League Round 1: All the action and talking points
Roy Keane leaves ITV pundits in stitches after Pep Guardiola's pre-match interview
Conor McGregor hit by car ‘at full speed’ while cycling
Ryan Reynolds makes Premier League promise to Wrexham supporters
Study shows rugby positions you are most/least likely to be injured playing
You may also like
2 days ago
Lidl launches One Good Club in support of youth mental health
2 weeks ago
O'Byrne Cup reduced to farce as Offaly withdraw from competition
2 weeks ago
Rory Gallagher expects Glen players to be back for Derry the week after club All-Ireland final
2 weeks ago
"That fecker, again?!" - A Dubliner's perspective of going up against Lee Keegan
2 weeks ago
The top five GAA players who never won the All-Ireland
3 weeks ago
Dessie Farrell reveals why Paul Mannion and Jack McCaffrey returned to Dublin
Next Page