As Jackie Tyrrell said earlier in the year, 'I see these water-breaks, and there's not much water being drank.'

Water-breaks were brought into the GAA for a specific reason at the start of last year, but as the time has gone on, it's clear that they're being used in completely different terms. Nowadays, managers, coaches and selectors are at the centre of the whole thing as, opposed to the original purpose of water being drank, tactics, plans and match-ups are discussed. 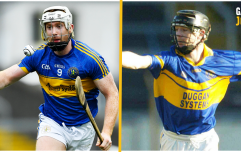 Lynch keeping his uncle's memory alive through his hurling

END_OF_DOCUMENT_TOKEN_TO_BE_REPLACED

And so as Michael Duignan watched them, 15 minutes into the first half of this All-Ireland semi-final against Waterford, standing over and staring into a tactics board with magnets moving and plans changing, the Offaly man had seen enough. "The water-breaks have to go," said the Offaly man, who reckons that some teams are gaining an unfair and unnatural advantage from the time-out.

Waterford, having horsed into Limerick like men possessed in the opening stages, were a point down heading into the water-break but they were seven adrift going in at half-time.

"They were brought in because of Covid," continued Duignan, who was on commentary duty for RTÉ, "but they're being used now to alter tactics, to come to terms with a game. It's not right."

It would probably have happened anyway, given the quality of the hurling being played by Lynch, Flanagan, Hayes and co. but on the back of their tactical discussion, Limerick seemed to really get to grips with the Waterford game-plan as the Déise's early enthusiasm waned.

BREAKING: The drivers of the collapsed hay-lorry have shown up in Croke Park pic.twitter.com/0N0C9axZdA


popular
Shane Walsh: 'That's not how I was coached to play football. No one was coached to play football that way'
Allan Saint-Maximin pays tremendous, heartfelt tribute to Steve Bruce after sacking
Spicy Donegal semi-final the highlight of a rip-roaring weekend of GAA on the tv
Seven exciting Ireland prospects pushing for November squad inclusion
"Ah, come on!" - Richie Sadlier and Didi Hamann couldn't even agree to disagree on Griezmann's red
"It’s taken its toll" - Steve Bruce gives first interview after 'mutually consenting' to leave Newcastle
Derry club win county final factfile games with extravagant set of jobs
You may also like
1 month ago
The 2021 All-Ireland hurling championship quiz
1 month ago
"Hegarty looks like he's hitting with a pitching wedge. Diarmaid looks like he's going with the driver"
1 month ago
"This was not a paperwork exercise, he got his bare hands dirty." - Kiely lauded as one of the greats
1 month ago
"He might have got injured, but he'll be a delighted man now." - Casey's hips don't lie
1 month ago
"You don't want to see that ever on the field again" - Colm Parkinson on Cian Lynch incident
1 month ago
Horgan misses out on The Sunday Game's Team of the Year
Next Page