WATCH: The greatest GAA umpire of all time has to stop himself short of tackling Paul Geaney

This is what happens when you ask a former county player to do umpire.

It's tough for any man to stay behind the white lines of a GAA pitch - why do you think so many managers plant themselves 20 yards into the field to watch a game?

It must be especially tough for a man like Martin Conway who has reached the top to represent his county in his own playing days. 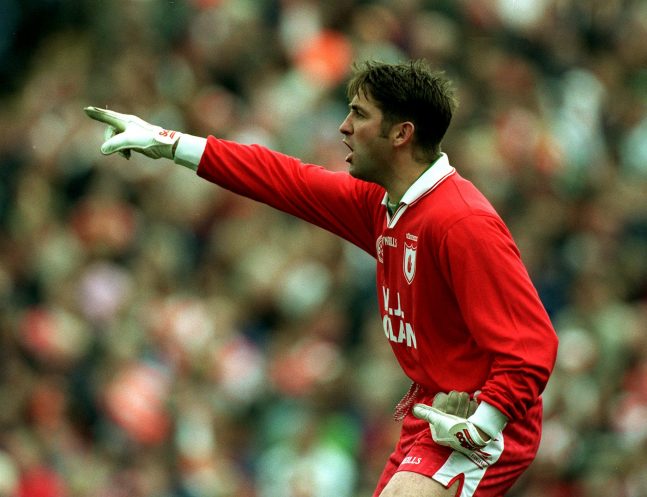 END_OF_DOCUMENT_TOKEN_TO_BE_REPLACED

The Moortown native played in goals for Tyrone at the turn of the century and it's good to see that he's keeping active anyway.

During that cracking battle in Tralee when Kerry and Dublin played out a draw in the national league, Conway was doing umpire with Sean Hurson in charge of proceedings and by God he did not throw on that white coat as a procession.

It's an exciting era for the GAA with umpires offering so much more to the cause than just a point or wide signal. They have two eyes and a brain as well and they should be used - like one guy was used in Celtic Park a few weeks ago to brilliant effect.

Down in Kerry, Martin Conway proved his worth to any referee out there.

END_OF_DOCUMENT_TOKEN_TO_BE_REPLACED

In injury time of the game, with the four added minutes already played, the Tyrone man was right on hand to keep a close eye on what would be a crucial final play.

The ball is kicked in to Paul Geaney, Michael Fitzsimons follows him out wide... so too does Conway.

The umpire sprints from his post out to the action in the corner.

He then jostles for position, refusing to be sold by Geaney's footwork. 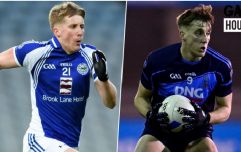 END_OF_DOCUMENT_TOKEN_TO_BE_REPLACED

In all seriousness though, it's heartening to see lads taking their job to this level of commitment and we are seeing a big improvement in the performance of some officials.

Hopefully it's a long way from the dark days.


popular
Nigel Owens on most annoying players to referee (three of them are Irish)
"I trained with a guy that was born in 2004 the other day. We reckoned Earlsie could be his father!" - Peter O'Mahony
Six All Blacks but no Ireland players in world's top 20 list headed by Antoine Dupont
Longford GAA movie explores the tale so many young footballers can relate to
"I asked one question and lads slagged the arse off me!" - Johnny Sexton on Roy Keane chat
What is the story with Tyrone clubs' woeful record in the Ulster championship?
"I remember someone saying, 'This guy's the best of the lot of them. Just wait for him'" - Brian O'Driscoll
You may also like
2 weeks ago
Brian Fenton on Stephen Cluxton, Paul Mannion, and Dublin's transition phase as former stars retire
3 weeks ago
"You wouldn't have these lads on a massive pedestal" - Lahiff not standing back to admire
3 weeks ago
Dublin magician lights up county final with a sensational selection of points
4 weeks ago
Ian Garry on the message he received from Dublin GAA star before his UFC win
2 months ago
“It’s a hard one to even put words on now. I haven’t even fully digested it."
3 months ago
"I do think Dublin were complacent, you could even see it in their play" - Briege Corkery
Next Page