It's going to be a long fortnight for Peter Casey, all ifs, buts and maybes as he mulls over a mistake and potentially, turns his head towards an appeal.

It's especially disappointing for the Na Piarsaigh man when you consider that, given the red card he was shown for 'head-butting' Conor Gleeson on Saturday, it's now two years in a row that he hasn't made the Limerick starting team for the All-Ireland final. Last year, he was dropped as Graeme Mulcahy came into the team but this time around, given the regrets and the innocuous nature of the his collision with Conor Gleeson, it's bound to be twice as painful.

All is not yet lost and there is still a chance that Casey could see the one-match ban overturned on appeal but even if that were the case, it's guaranteed to be a long, slow and drawn-out journey to freedom. John Kiely and Limerick will more than likely have the stomach for it though, given the form Casey has been showing this year. With his dazzling dummies and laser-accuracy, he's been one of if not the best corner forward in the country.

END_OF_DOCUMENT_TOKEN_TO_BE_REPLACED

Either way, Anthony Daly feels the rules are unnecessarily black and white when it comes to collisions like the one that has left the Limerick corner forward in the mire. Speaking on The Sunday Game, the Clare-man rightfully pointed out that while there was contact, it was more harmless than it was dangerous. 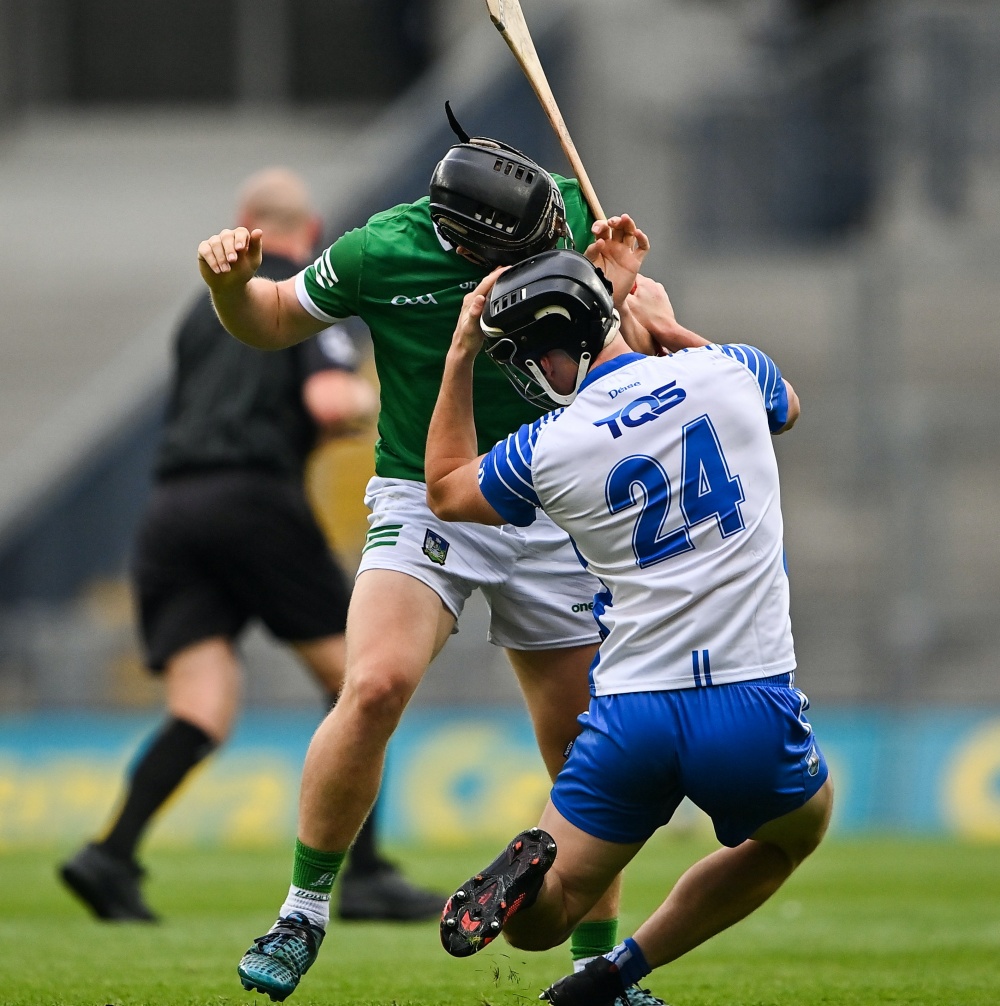 "It wasn't a Zinedine Zidane style head-butt. The two of them are wearing helmets, nobody was going to end up with a cut or stitches or anything.

"There was this thing coming into the game about Limerick and how Gillane was lucky to get away with the red last day And coming into it, if Limerick were told someone was going to be sent off, along with Nickie Quaid, Peter Casey would be the last person you'd expect to get it. I'd say he felt terrible last night."

"Them's the rules," he concluded begrudgingly, after Joanne Cantwell told him that the referees hands were tied.

Jack Wills can't be happy with that pic.twitter.com/1OGTyQ3Vlt


popular
Shane Walsh: 'That's not how I was coached to play football. No one was coached to play football that way'
Allan Saint-Maximin pays tremendous, heartfelt tribute to Steve Bruce after sacking
Spicy Donegal semi-final the highlight of a rip-roaring weekend of GAA on the tv
Seven exciting Ireland prospects pushing for November squad inclusion
"It’s taken its toll" - Steve Bruce gives first interview after 'mutually consenting' to leave Newcastle
"Ah, come on!" - Richie Sadlier and Didi Hamann couldn't even agree to disagree on Griezmann's red
Derry club win county final factfile games with extravagant set of jobs
You may also like
1 month ago
The 2021 All-Ireland hurling championship quiz
1 month ago
Horgan misses out on The Sunday Game's Team of the Year
1 month ago
GAA JOE All-Star hurling team
2 months ago
"We haven’t seen too many players do that over the years" - Downey and O'Mahony do it for Walsh
2 months ago
"U14, didn't make the team, don't know if he made the panel. U16 same again. He just focused on the goals..."
2 months ago
Father and son a credit to their county as Kingstons inspire a famous Cork win
Next Page